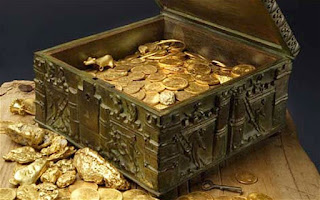 Raise your hand if this has ever happened to you.

You wake up in the morning, get dressed and head to work. A meeting is scheduled with your boss right at 8am. When it’s over, you step outside to your desk and two colleagues go, “You want to come with us to Wyoming to search for treasure?” Being amused, I asked, “When?” and the response was “Right now!”

Now raise your hand if you would stupidly decide to drop everything on literally a minutes notice, leave work, head home to pack in 10 minutes and then hit the road for 12 hours to Wyoming?

I am raising my hand as I write this blog.

The Fenn Treasure is a treasure reportedly worth $1m–$3m hidden by art dealer and writer Forrest Fenn in the Rocky Mountains. According to Fenn, many people have claimed to have found the treasure, but no one has provided any evidence to him supporting their claim. As of 2014, Fenn has stated that to his knowledge it is still not found.

My colleague has been a few times to search for the treasure in different states but was sure he figured it out. Ashton was the brains behind the operation and Brita was there along for the ride. They had already decided to go so when asked, it sounded tempting but I passed. Then after a little more pressure, I can’t believe I was talked into going. Driving 12 hours to Wyoming didn’t exactly sound like fun but I figured since I drove 15 hours to Cleveland in March to see the Shockers play Notre Dame, what’s 12 hours?

The route was, Wichita => Salina => Denver => Cheyenne => Thermopolis, WY. I was up the night before until 2 am so I was on little sleep but decided to go ahead and drive the entire 12 hours up. The drive up wasn’t too bad. Except in my entire driving life, I have never hit an animal. This trip there were two rabbits, one bird, and one snake that were casualties. Saw some deer on the highway, signs for mountain sheep and other assorted animals but didn’t hit any of those. The signs for different animals were coming up what seemed like every mile.

When we arrived in Thermopolis, WY, we made a brief stop by Shorty’s Saloon for dinner and drinks. Not much is open at 9-10 pm in Thermopolis, so we had to settle for a bar that looked a little sketchy. But after some discussion with the locals, Shorty’s staff was very nice. They recommended the Chicken Fried Steak Sandwich and the Fish and Chips for dinner which we obliged. Dinner went well. Shout out to the two employees there Melissa and Wally. They wanted me to pass on that if you are in Thermopolis, WY on Fourth of July, stop by Shorty’s for a great selection of steaks and ribs they will be grilling all day long!

I got to bed around 12:30 am that night and woke up at 3:15 am. By 4 am, we were on our way to Yellowstone. This was my first time to Yellowstone and admittedly it was a beautiful site to behold. It’s crazy the landscaping that can be made by some earthquakes, floods, etc.

By 8:30 am, it was time to search. Ashton had been doing lots of research and has been to Colorado, the Rockies and other places and thought it’d be at Yellowstone. Without giving away all the reasons and clues why Yellowstone because that’s his info to give, we searched high and low. Walked, hiked, climbed, slid around, risked our lives on cliffs for over six hours under the hot Wyoming sun. We drove around Yellowstone, had to wait for Buffalo walking down the streets, Elk in the middle of the streets, be patient with all the tourists around. There was even one time, I was off a bridge looking around and an older gentlemen scolded me telling me, “Don’t you know somebody died doing that last year?” My only response I could come up with was “Cool.” I understand there’s safety precautions that should be made but the part of me looking for million dollars of treasure overtook any sense of rationale.

Ashton and I got dirty, walked to some pretty dangerous steep areas while Britta looked on with joy and took as many unflattering photos of us as possible. Ashton was truly the hunter of the group, Britta was the videographer documenting everything in case we actually found it. And then there was me………….just me. 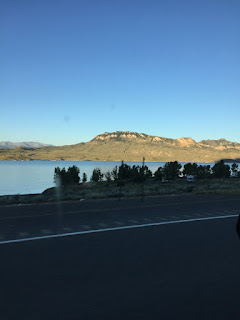 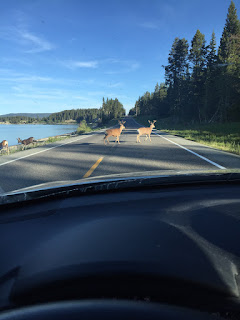 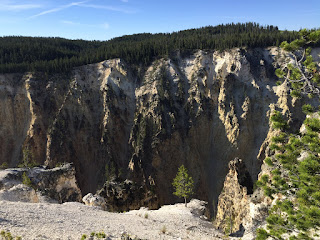 Ashton had a plan on where to search and what to search for. Unfortunately after six hours, most of the group was beat and we exhausted every set plan for the whereabouts of the Fenn Treasure. It was then decided to leave. Could more time have been spent searching? Yes but Yellowstone is so friggin big that it would have been a waste of time to look with backup plan in mind. Plus there’s no guarantee its in Yellowstone. Places like New Mexico and Colorado have also been popular destinations for the treasure by other “famed” treasure hunters. 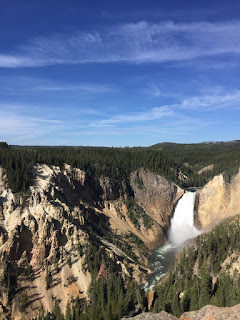 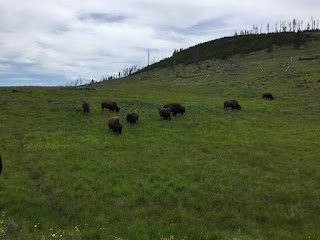 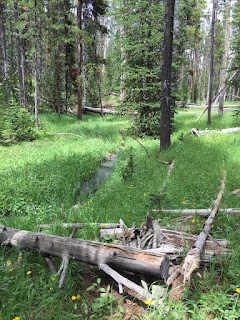 By the end of the day, Ashton felt defeated and tired. I felt bad that he spent so much time trying to decipher the clues an left empty handed. Britta was just flat out tired and wanted to get cold water. And then me, I felt like I was in a big episode of Punk’d and ironically enough Ashton was the person who talked me into going.

Honestly though, I wasn’t mad, I really wasn’t bummed. Going into the trip, Ashton was 100% certain he knew where it was at. Britta was at 75% and I kept fluctuating on how confident I was. Honestly, I went for the thrill of the adventure. Many friends reached out to me asking if I had found the treasure. After responding to one of them, one friend gave me a “mom answer” and said the adventure was the real reward. I rolled my eyes at the text but in all honesty, that was probably the truth.

The drive back was much of the same as the drive there minus any deaths. Fall Out Boy’s song “Uma Thurman” was the theme song of the trip only because it was played probably 194 times in the 33 hours of driving we had to and from Wyoming.

Thanks to “Ashton” and “Britta” for talking me into going. Shout out to CostCo’s Apple Chips, Pistachios, and water who joined us on the hunt. There are two things I can’t stand and that’s Mosquitoes and Bad Cell Service. Lucky for me, Wyoming had BOTH of those!

Never would I have thought that I would drive over 30 hours to a city I’ve never been to search for treasure. But you know what? It’s possible I’d drive somewhere again to search for the Fenn Treasure. If you do look it up, it’s quite fascinating. So fascinating enough that I’ve talked a few friends into doing more research to see what they could find.

I believe in living your life by a quote. Many people live their life by quotes they see on the internet or what someone posts on Facebook. A couple years ago, I decided to coin my own philosophy to live life by and have ever sense.

And these past few days, I’ve truly lived for the memories and maybe one day I can do it again and actually find the treasure, become a millionaire, and hire someone else to write blogs for me.

UPDATE: According to the Santa Fe New Mexican, the treasure has been found.

0 thoughts on “The Hunt for the Forrest Fenn Treasure”