(Update: This restaurant has moved to 1608 E Harry St, Wichita, KS 67211 since the article has been posted)

There’s a tiny little restaurant at 2716 E Central that’s been around for a while. Maybe it’s a place you’ve driven by without knowing. It’s called La Carreta.

I’m not quite sure how long it’s been open for but it’s been a good amount of time. Before this was a short lived Hawaiian restaurant that I went to with a couple friends. By the time I was ready to get the review up, the place had closed down.

So instead of writing about Hawaiian food, it’ll be about Mexican food.

There are only around 6-7 tables inside of La Carreta; it’s very small.

When you arrive, two little bowls of salsa are handed to you with a basket of corn chips. There’s a green lime flavored salsa and a red spicy salsa. The green lime salsa was very spicy once you starting dipping in. It actually caught me by surprise. Before I knew it, my mouth was on fire. The red spicy salsa had a mesquite aftertaste to it but was very spicy. I love spicy but couldn’t only take so much of it. 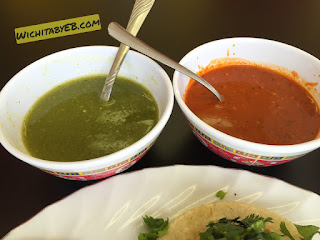 The first time I went in was by myself and I ordered four tacos and a gordita. The gordita was filled with chicken and incredibly dry. Even adding in the salsa they gave you at the tables wasn’t enough to save it. The tacos on the other hand were fairly good. The marinated pork taco had great flavor, decent little kick to it and topped with a nice blend of onions and lettuce. It was my favorite of all the tacos I had tried. The beef wasn’t too bad either and the chicken taco was dry like the gordita. 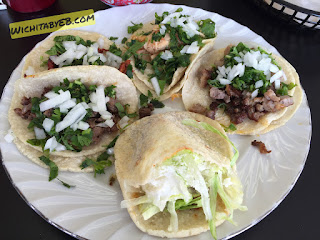 The second time was with a friend who ordered tacos while I tried the menudo soup.

For those unfamiliar with Menudo: Menudo is a traditional Mexican soup (also known as pancita) made with beef stomach (tripe) in broth with a red chili pepper base. Usually, lime, chopped onions, and chopped cilantro are added, as well as crushed oregano and crushed red chili peppers.

If you aren’t an adventurous eater, this could turn you off. It certainly does have an “intestinal look” to it. Really good Menudo doesn’t have an odd stench to it; the Menudo at La Carreta had a distinct odor to it that just wasn’t pleasant. The beef in it was extremely fatty and greasy as well. After a few bites, I just couldn’t bring myself to continue eating it. 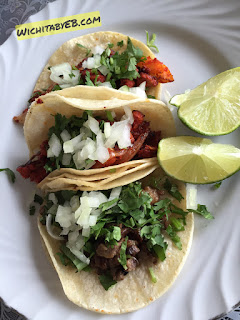 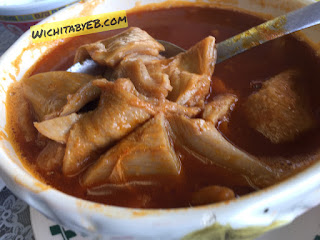 My friend who ordered the tacos said she was very happy with her tacos. Her favorite also were the pork tacos. She said the sauce they marinated the pork in just gave it a totally different taste that gave it a sweet zing.

One thing to note is they don’t give you tap water, it’s all Dasani bottled water. At least the time we went it was and even worse; the bottled water was all lukewarm.

Service is spotty. They don’t come out to check on you at all but are friendly when you arrive and take your order.

All in all, La Carreta was more of a miss than a hit. There are plenty of better options out there for good Mexican food.