For the next part of our Q&A Series, we enter the local music scene. I am a huge fan of music. There really isn’t a genre of music I won’t listen to. Besides listening to many local acts around town, I’ll see many of the larger acts put on at Hartman, Cotillion, or Intrust Bank Arena.

But sometimes the local acts are just more fun, they aren’t just going through the motions, trying to make a quick buck. These are artists who do it for the love of it. They love the thrill of performing and entertaining people. One of those local acts you may seen around town is Timmy Jonas. His band, Timmy Jonas and the Whiskey Militia, have been all over the city with their unique sound.

With that said, I’d like to welcome Timmy Jonas as the latest guest in our Wichita By E.B. Q&A Series. 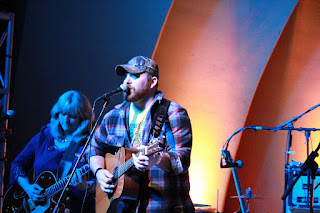 Eddy: We’d all like to thank you for participating in our Q&A series. Most people may recognize you or even your name for your band, Timmy Jonas and the Whiskey Militia. Before we get into that, could you tell the readers a little bit about yourself?

Timmy: First of all, thank you, Eddy, for the opportunity to help get our bands name out there. I’ve spent most of my life here in Wichita. I have an amazing and supportive family, who always has my back. I went to Aggieville for a short college experience. I joined the Army and served as an Army Ranger in 1st battalion in Savannah, Georgia. My Pop let me take his old Epiphone guitar from high school with me to kill time and I always wrote, but never really took lessons or was any good with the guitar. I just always enjoyed music and playing so when I moved back I just stayed the course and kept writing and playing.

Eddy: I’m sure I speak  on behalf of everybody when I say thank you for serving our country.

Regarding your band, Timmy Jonas and the Whiskey Militia. You describe your music as Red Dirt Country mixed with anything else that sounds good. Even though we’re all in the Midwest, there are some people who may not be familiar with what Red Dirt Country exactly is. How would you explain it?

Timmy: Red dirt is a pretty broad term, or at least has become one. It originated in Oklahoma and North Texas. To me it’s a modern style of the greats.. Waylon, Willie, Prine, ect. And trying to recapture their sense of what country music is. I guess the best way it can be described is, in my opinion, would be the old school feel of country music with a little bit of a modern country grime. Red dirt is unique, in that it encompasses so much and so many different styles. It’s a mix of honky tonk/blues/bluegrass/swing/and southern rock. Although our band may not have some of the traditional instruments like, a fiddle or a steel guitar that you’ll typically find in a red dirt band, we make up for in our gritty approach and original song writing. I really started playing live to help spread the sound or at least my interpretation of it and up until recently, few people even knew about red dirt. When I think of country music I just think of an authentic sound and I just want people to hear the music the way that I experience it.

Eddy: When did your band start up?

Timmy: We started about 5 years ago, just goofing around. 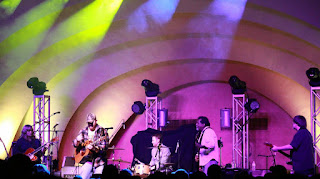 Eddy: Tell us about your band. How did you guys all meet?

Timmy: Before I get to the introductions, I have to say that I am extremely lucky to have such talented musicians to learn from and play with. They’ve all been on the music scene for many years and are incredible players! I am fortunate to have the chance to surround myself with this group and am constantly learning how to push myself as a writer and musician. My dad hooked me up with Elaine Dannar. She was the lead guitar player in his band, “Haywire,” and she can shred! Mark Dannar, the husband of Elaine, is our other “face melting” lead guitar player. Bryan Dannar, plays about the tightest drums around. Last, but certainly not least, is Marcus. He is an awesome bass player that plays with Mark in Mumblin’ Jones. 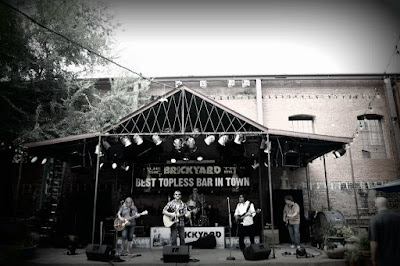 Eddy: That’s great. I think a common theme in being happy and successful in any profession and life in general is to surround yourself with great people. Looks like that is what has happened with the band. So you got your band put together; you know what type of music you’re wanting to play; next step is the band name. What is the origin behind “Timmy Jonas and the Whiskey Militia”?

Timmy: We had about 6 different band names when we actually decided to take gigs. We just kind of made them up depending on the gig. One of our first gigs was at the Brickyard. It was about 100 degrees outside, so we went by the “Heatstrokes” that day. We finally found common ground on the “Whiskey Militia,” because pretty much all my songs have whiskey in them. I love whiskey… What can I say?

Eddy: It’s a good thing you moved away from the “Heatstrokes”, that sounds like some 80’s pop band. I remember in high school when Pearl Jam and Nirvana were big and me wanting to be in a band. Unfortunately for me but fortunate for the world, my musical talents were about as good as my acting skills which forced me away from a life of music and Hollywood. At what point in your life did it all dawn on you that this is what you wanted to do? Did you have any mentors along the way?

Timmy: If you asked me 7 years ago what I thought I’d be pursuing now, music wouldn’t be on that list. I was actually playing around a campfire for my friends and they convinced me to start playing acoustic shows and I took their advice and I played a handful. It was pretty embarrassing and humbling, but like the military, I enjoy a challenge. Music has always been a passion of mine thanks to my family. I grew up listening to my grandpa singing Frank Sinatra. My dad playing and singing John Prine, Jerry Jeff, Nitty Gritty Dirt Band, James Taylor, to name a few. My sister sang in a few bands, including Lotus for a couple years. My list of influences could go on for days.

Eddy: Oddly enough I think seven years ago was when we were neighbors, back when you lived with the owner of The Stop.  Through all your time as a musician, who are some of the names you’ve been able to meet and even open up for?

Timmy: We’ve had the pleasure of opening up for Cody Canada, which was pretty awesome for me. He’s one of the musicians that helped pave the way for all red dirt and someone that I took some influence form. Other than him. Brett Eldridge, Jerrod Nieman, JB and the Moonshine Band, Phil Vassar, Green River Ordinance, and just recently Casey Donahew. I have had the privilege of meeting and shaking hands with a lot of people I never thought I would be.

Eddy: Now speaking of big names, you’ll be opening up for Logan Mize, The Band Perry and others at the Wichita Wingnuts Community Benefit Concert set for April 23rd at Lawrence-Dumont Stadium. How can fans get tickets to this event?

Timmy: I’m jacked for the Wingnuts benefit! It’ll be an incredible show for a great cause, and we’re honored to be apart of it. We actually have VIP tickets for sale. It gets you seats up close and personal to the stage on the field. 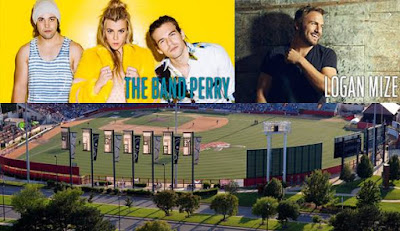 Eddy: Is your music currently available anywhere for fans to get a glimpse of your sound? With the warmer weather coming up, that means more shows. What is the best way for fans and live music lovers to follow where you guys are playing?

Timmy: You can find our music on iTunes, Spotify, YouTube, or soundcloud. Our website is currently being constructed. Check out our Facebook page in the meantime for gigs and dates. It’s gonna be a fun and busy summer!

Eddy: Being a part of our Q&A Series, I have to ask. Three favorite restaurants in Wichita. Go!

Eddy: Interesting call on The Copper Oven. I’ve never been and will have to add it to my growing list of restaurants to try out. Any other comments you’d like to add for the readers out there?

Timmy: I would like to say thanks to everyone who consistently comes out to support us and all local music. You all are amazing and why the Whiskey Militia is still trucking! There are A LOT of great local bands that play on our doorstep. We need to keep pushing local music and make it a larger part of the Wichita scene. Thanks again! Hootenanny

Eddy: On behalf of Wichita By E.B., I’d like to thank Timmy Jonas again.

It was great to hear from one of the best local artists in town especially with the warmer weather upon us when the city gets a chance to hear some local music.

If you know of anybody that would be great as a guest of the Wichita By E.B. Q&A Series, feel free to e-mail me at [email protected]. I’m looking for anybody who impacts Wichita in any sort of way. Thank you!