Over at 2615 W 13th street is a local coffee shop called Twisted Java Coffee Bar. But for the purposes of our Wichita Food Truck Tour, we decided to head out to the Wichita State Food Truck Plaza one day and visit their mobile food truck that offers coffees, smoothies, breakfast food and other items. 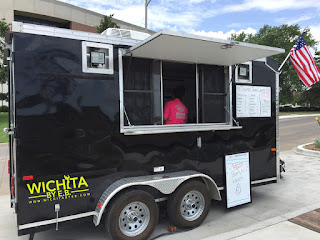 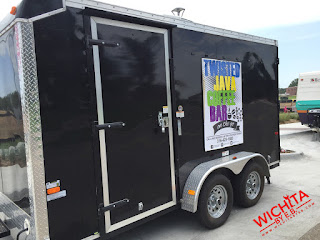 My coworkers and I decided to get some breakfast one morning. I was in charge of stopping by in the morning for the pick up. Now none of us drink coffee regularly or at all, so we avoided any coffee and focused on the food. Their menu is pretty simple: For our group order, we went with a Cinnamon Roll, a few Kolaches with jalapeno, three Deluxe Burritos which included bacon, sausage, potato, gravy and cheese, and a bierock.

While the food was being prepped, I had a chance to talk with one of the guys working the truck. Very nice guy and a was a pleasure to talk to. One thing I love about trying new restaurants is just talking to their staff and seeing what makes everything tick.

Once the food was ready, I was on my way. I got pictures of everything except the bierock unfortunately. the moment I saw it it was go time and snapping a pic slipped my mind. My appetite was doing the thinking for me that morning. The bierock was actually split between another co-worker and I and we were both fans of it. 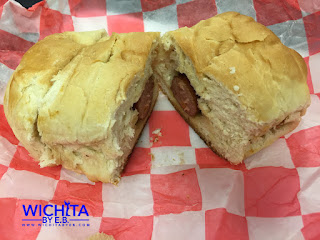 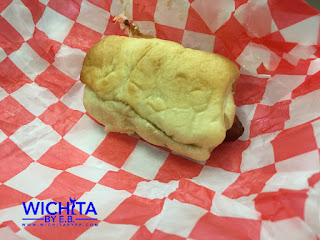 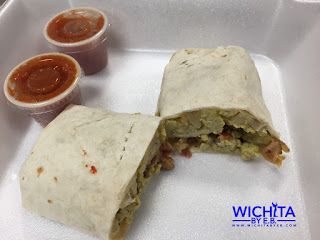 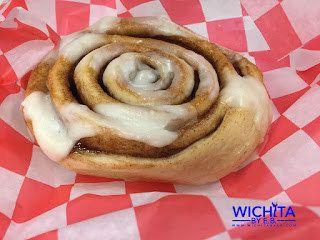 For a couple people, Kolaches were a new thing to them. It’s best described as pigs in a blanket on steroids. The two people who the Kolache’s was impressed with it. They loved the hint of jalapeno that added a nice kick to it.

The breakfast burritos were delicious. You could really taste the gravy inside and a strong hint of pepper. Adding the salsa calmed the pepper taste down a bit. While tasty, the size of the burrito was a little underwhelming. They were much smaller than we had imagined. One burrito did not fill anybody up at all. In hindsight, we each should have purchased two but $10 for two burritos would have been a little high.

What wasn’t small though was the cinnamon roll. That thing was huge! The travel time from the truck to work forced us to heat it up a little and once we did, wow. Very impressive. There as a nice layer of icing that wasn’t overdone followed by a nice doughy roll.

There were a couple mishaps with out order and after contacting Twisted Java, they offered a free drink and breakfast item on our next visit which was nice of them. 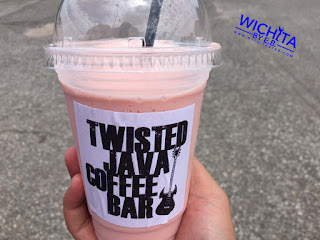