If there’s one type of food my family I know pretty well, it’s Pho. Born and raised on it, it was a meal we would eat weekly at home. We never did really have a real appreciation for it until well into adulthood. It’s too bad because nothing will ever be able to replicate those random weekday evenings before forced to do schoolwork at the dinner table while awaiting a warm bowl of homemade Pho.

We’ve literally gone all over town trying every single Pho since the inception of this blog. It’s quite possibly the most reviewed type of food we do outside of that one time it was decided to try 30 burgers in three months.

All of this brings us to our latest restaurant review on Pho Ong 8!

Pho Ong 8 is located at 4857 E Harry Street in the former Saigon Pho building. They are open Tuesday-Saturday 10am – 9pm, Sunday 10am – 8pm and closed on Monday. For those inquiring, they do accept cash and card.

My brother and I stopped by on a whim and were quickly greeted by the couple who owned the restaurant. After a nice brief chat with them, we decided to start off with some appetizers. 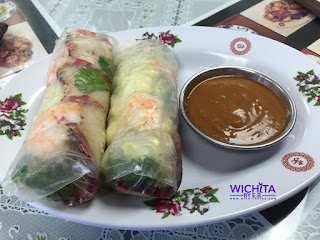 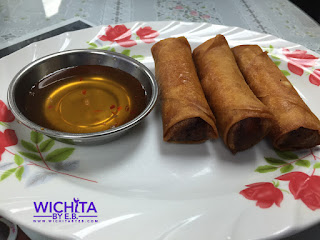 The eggrolls were steaming hot when they came out so we let those sit a while and went for the spring rolls. Those gems were quite large and stuffed to the brim. Filled with pork and shrimp, it was almost like a meal in itself. They were very tasty and by the time we finished those, the eggrolls were warm enough to go. They were awesome to say the least. When it comes to eggrolls, we are pretty picky. Growing up, our aunt focused on high quality eggrolls and these were as close to them as we remembered. Many places you go to have these really large eggrolls where the outer shell is so thick. Pho Ong 8’s eggrolls have a very light thing wrapper/shell. The moment you bite into them, it’s not a big thick shell that you have to deal with chewing. It’s so light and from there, it’s all meat and cabbage. They were seriously some of the best eggrolls we’ve had; DELICIOUS!

Following the eggrolls, we were trying to decide which Pho to order. Another customer inside suggested we order their Special Noodle Soup which is really just their Pho with all the toppings. When I say all the toppings, I mean round steak, tripe, meatballs, everything! The owner also recommended the same thing, so we went with it. I went with their regular size bowl while my brother went with the XL size. 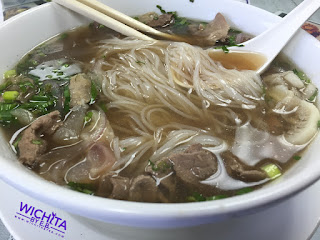 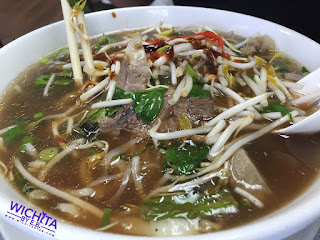 The Pho also came with all the fixins’ necessary. Props to Pho Ong 8 as well for supplying actual bottles of Sriracha and Hoisin Sauce. I cannot stand the places that either water down their bottles or pour the sauces into little cups that you spoon out yourself. 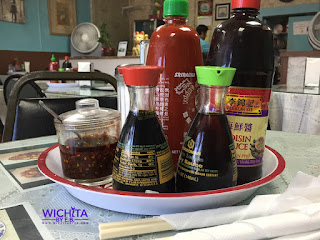 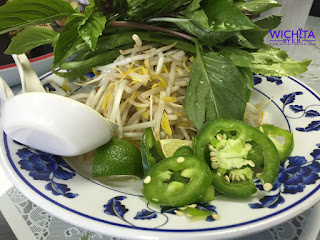 My brother thought the Pho had a really good clean beef taste in it. You could really tell it was the type of broth they spent hours and hours preparing and simmering to get it tasting just perfectly. The broth was pretty rich and even a large size bowl will fill you up alone on that.

We both liked the amount of noodles supplied in the Pho along with the meats which were all tender. My brother loves tripe and noticed that this was the only Pho option they had with tripe included in it.

On the south side of town, Pho Ong 8 could perhaps be the best available there. It’s certainly a place we would consider revisiting if we were on that side of town. Does it compare with what I believe to best the best in town? Maybe after another sitting, I can make a better judgment but I do know it was still well worth the visit.

Here’s their menu for the curious (click to enlarge): 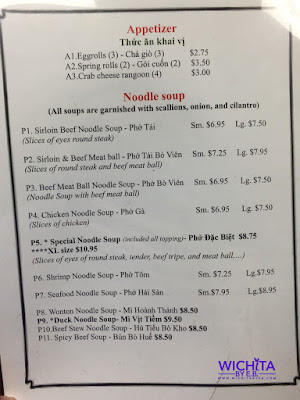 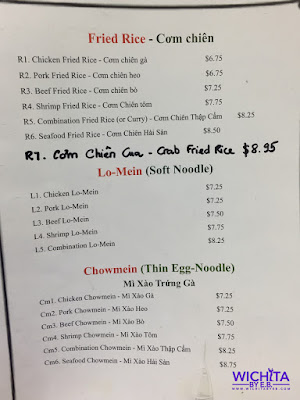 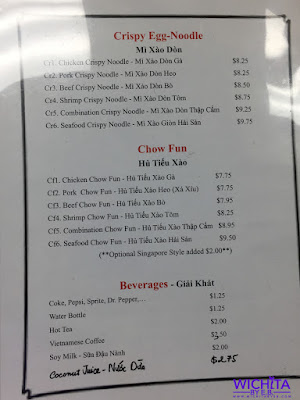 And lastly, I was told by another customer their Crab Rangoon is wonderful: 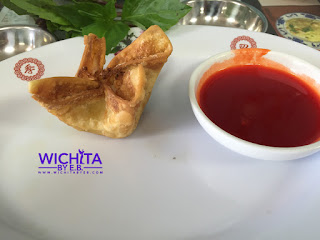