Way out in the city of Yoder, KS you’ll find a locally owned restaurant who prides themselves on offering the best country comfort foods and homemade bakery items such as pies, bread and cinnamon rolls.

It’s a restaurant I’ve long heard about for years, driven by many times but just never found the time to make a stop by there until recently. 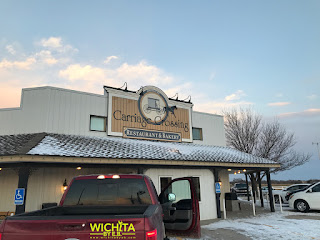 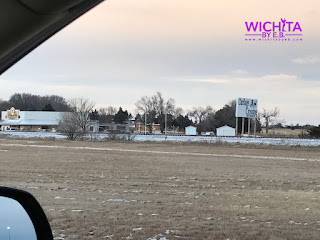 When I arrived, I was surprised to see how large the place was. There was plenty of seating to go around and a plethora of  customers already eating dinner at the 5 o’clock hour.

I should preface that Carriage Crossing Restaurant is one of my brother and sister-in-law’s favorite restaurants. I didn’t know until that day but before they had their baby, they would go here at least once a month. It speaks volumes that they were willing to travel an hours time for a restaurant. One of their friends also joined us as well as my nephew who was making his first blog appearance. #Groundbreaking.

Before we were seated, I ordered a pie to go. It was $9.99. One of my co-workers raves about their pies so I had to make sure I took one back with me. I chose to go with their Snicker pie. 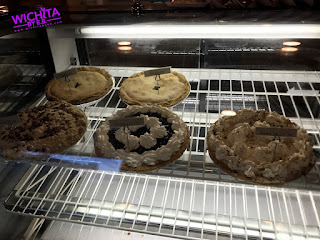 After that was taken care of it was time to order. At first glance of their menu, it felt like I was looking at the menu of Strouds Restaurant which makes sense because they both offer comfort foods. That day it was also Bison Day complete with a separate menu full of Bison themed items. My brother decided to go with the Bison Chopped Steak Dinner and his friend ordered the Bison Burger.

My sister-in-law went with her staple; the fried chicken. After much debate, I settled on the Country Fried Steak and a bowl of chili. My nephew settled for a nap. 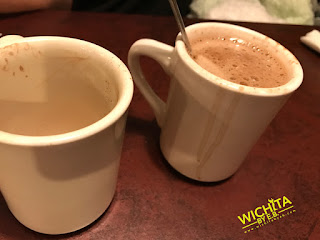 One cool thing I liked about Carriage Crossing was the fact that their Hot Chocolate, Lemonade, and Hot Spiced Cider are all free refills. Many other restaurants, you are spending $1-3 on refills. 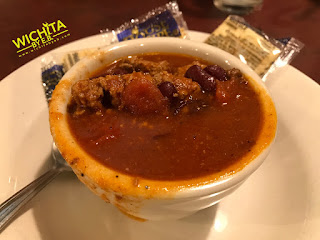 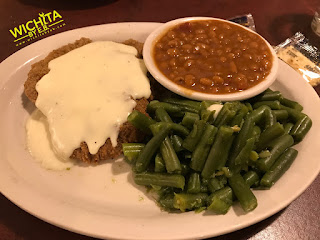 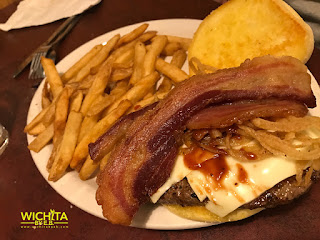 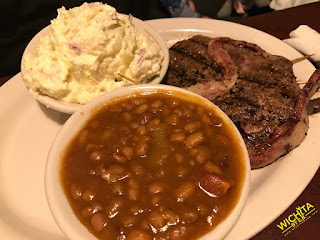 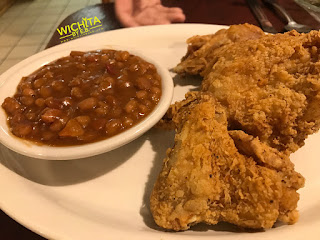 My sister-in-law loved her Fried Chicken as expected. It’s something she orders on most visits. From my perspective, it looked tasty; juicy and perfectly fried.

My chili was excellent; wasn’t lacking any flavor and included nice chunks of meat. I’m a chili connoisseur and would certainly order this again. The Country Fried Steak was probably average to good at best. I haven’t had many bad Country Fried Steaks but on the flip side I don’t think I’ve ever had one that blew me away. They are either horrible or good; this one in particular was good. The baked beans with the Yoder Meats Bacon however were wonderful.

My brother’s friend thought his burger was excellent; nice juicy burger with loads of topping and thick crisp bacon. He had no complaints at all. My brother, on the other hand, was a little disappointed he went with the Bison steak. It was too “gamey” for him but to the server’s credit, he did warn my brother about that.

While dinner was going on, I noticed everybody was eating bread and cinnamon butter. I was informed later that every table is supposed to get it and our server forgot. 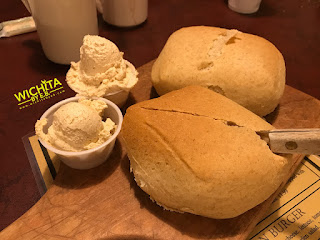 While the bread was soft and delicious, the cinnamon butter was the real highlight for everyone. I was a little disappointed we didn’t get it sooner. While on the note of service, ours was a less than par for the day. From watching other tables, everybody seemed to be taken care of well. I’m almost certain it was our server’s first day on the job. He was forgetting things left and right that afternoon. He would ask us if we needed refills, which we did, but completely forgot to refill our drinks. The bread wasn’t served at the beginning of the meal and during multiple stops, our server didn’t take away our used dishes off the table. They began to stack up pretty high until we had to ask someone to remove them.

In the end, all was forgiven because he looked totally new. My brother having gone there so many times didn’t even recognize him.

After the bread though, we moved on to dessert. I’ve heard about the pies and cinnamon rolls so I wouldn’t let anybody go until we tried them. We were handed a list of pies they had on hand and went with the Banana Creme, Snicker and Apple Strudel…….and of course the Cinnamon Roll. 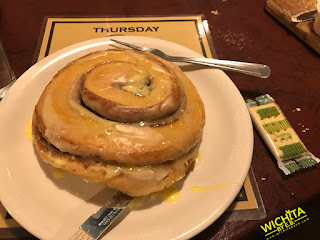 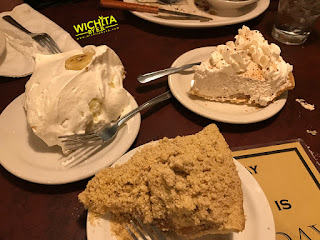 For a Cinnamon Roll at a restaurant, it was excellent. The pictures above makes it look like the Cinnamon Roll is bigger than the slice of pie because it indeed is. THE THING IS HUGE and we were able to cut it in fours to split. As for the pies, the Apple Strudel was awesome; far and away our favorite. The Snicker was less than stellar and tasted like pie crust with a bunch of whipped topping. The Banana Creme would probably be a big favorite if you like bananas. That particular pie is one of my co-workers favorites. 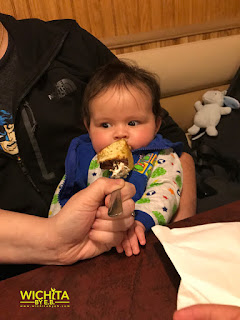 My nephew, on the other hand, was having none of it. After waking up from a nap, he wasn’t in the mood at all for dessert. I’m sure he will learn eventually.

All in all, I had very mixed feelings about Carriage Crossing Restaurant. The Cinnamon Roll was excellent. The pies were hit or miss depending on your preference, the food was nothing spectacular; just basic homestyle food. The service from what I gathered from other tables was great; ours not so much.

My brother and sister-in-law love it so much they are willing to make the drive out there. I’m not sure if I would again if it was just for dinner. After trying them out, I looked online at reviews and they definitely have a huge following of people which is understandable but there were a lot of people who had mixed opinions like myself.

As with most restaurants, it all comes down to preference on what you like and how far you’re willing to drive to eat somewhere. Some may like it, some may not.

Are you a huge fan of Carriage Crossing? Are yours thoughts like mine? I’d love to read your comments below!