Included in her update were many chains, additional locations to existing restaurants in town and some spots that are completely new.

After reading through it, I wanted to highlight some of the ones I’ll be sure to be in line for when they open. 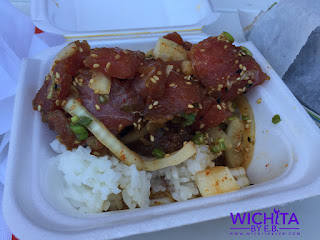 Noble House – Opening at 3238 E. Douglas. They had one of my favorite food trucks in Wichita with their Noble House Hawaiian Plate truck that we reviewed last year. There was one other previous Hawaiian restaurant that was short lived and I’m 100% ok with a new one in town. This one looks to open sometime in January.

Rene’s Restaurant – Opening at 9310 W. Central. WHY, WHY, WHY can’t they open an east side location? If you’ve never been to Rene’s, it’s likely you don’t travel west often or have never decided to grab a late dinner after midnight after a night on the town. It’s scheduled for a January opening.

Louisiana Famous Fried Chicken – Opening at 4206 E Harry. I’m a sucker for fast food fried chicken. Popeye’s is king in this category so the stakes are high to see if they can compete. Popeye’s has set the bar high with their Cajun mashed potatoes and Red Beans and Rice. This is scheduled for a January opening. 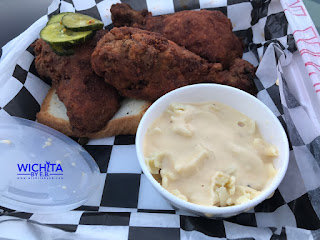 Dempsey’s Biscuit Co. – Opening at 3425 E Douglas. The owner of Dempsey’s Burger Pub is opening this in the former Fork & Fennel space. They are going to serve hot chicken and biscuits. I wrote about Dempsey’s Nashville Hot Chicken last year and have been craving it since. It’s scheduled to open in February……can they make this happen sooner? 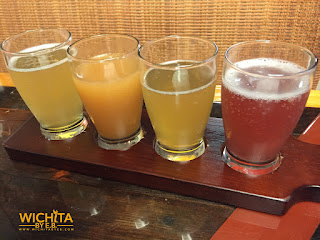 Songbird Juice Co. – Opening at Clifton Square. This was a family favorite when my brothers and sister-in-law made a stop last August. Having a spot closer to home will likely mean more stops from us. This is set for a February opening.

Lola’s Bistro – Opening at 2146 N. Collective Lane. A restaurant serving American cuisine with Fresh, Italian, Asian and Filipino influences is a nice way to grab my taste bud’s heart. I’m really excited for this one. This is set for a February opening.

Petra Mediterranean Restaurant – Opening at 6140 E 21st St. They will be serving Mediterranean and Arabic dishes. Figuring it’s close enough of a drive from work, this is a no-brainer for my co-workers and I to review when they open up in February.

Picasso’s East – Opening at 5900 E. Central. Picasso’s is looking to break a record for the longest restaurant opening in Wichita. They say patience is a virtue so I’m hoping virtue can eventually bring some delicious pizza to my stomach. Picasso’s is one of my favorite pizza places in town so March cannot come any sooner.

Slim Chickens – Opening at 21st and Greenwich. See above….I love fried chicken. This is set to open in April.

Sapporo – Opening at 8065 E Peachtree Lane. Seeing as though Asian food is the most reviewed type of restaurant on the blog, you can count on this restaurant being visited when they open up sometime this Spring.

Grinning Goblin Gaming Tavern – Opening at 1625 S. Rock Road. Videogames. Alcohol. Food. The 17 year old version of me would have tried to get a fake I.D. to get in here. Set to open in the Spring.

Blue Fin Sake Bar – Opening at 255 N. Washington. Just like Sapporo, I’ll be in line looking forward to what type of Japanese fusion food they plan to put on their menu. Set to open in the first half of 2017.

So that’s at least 12 places I’ll have to put on my calendar to visit and review in the first half of this year. I’m up for the challenge!

To see what else is opening up in Wichita, check out Denise Neil’s write up.