April 4th was National Ramen Noodles Day and the day did not disappoint. I heard in the news that Pringles was releasing a Ramen Chicken flavor on April 5th exclusive to Dollar General stores. On a whim, I called Dollar General the day before to see if I would be able to get my hands on them early and the food gods must have been looking down on me. They had stocked the shelves for the next day so I swung by to pick some up. They run $1.50 per can and are available nationwide only at Dollar General for a limited time. Rumor has it, it’s only through the summer.

If you love Pringles and ramen noodles, this is for you. While some people on social media said it sounds gross, don’t knock it until you try it. I actually found them to be rather addicting. It was like college food in a can. The chips tasted like the Pringles original flavor but with the chicken flavored ramen seasoning sprinkled over the chips. As one colleague said, it’s creepy how similar they are to the actual ramen noodles. It’s spot on in taste. Opening the can brought back the smell of my fraternity kitchen’s microwave after cooking dozens of ramen packs. Only difference was the can wasn’t caked in Chef Boyardee sauce like our microwave was. 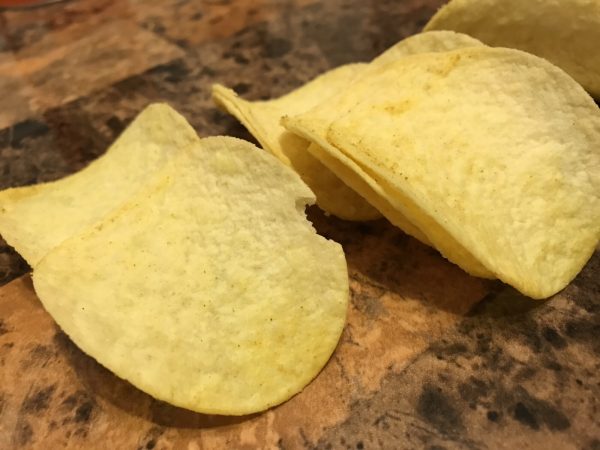 The next question I had was, “What’s better? The chips or the noodles?” Curiosity always gets the best of me so I was set to find out for myself. 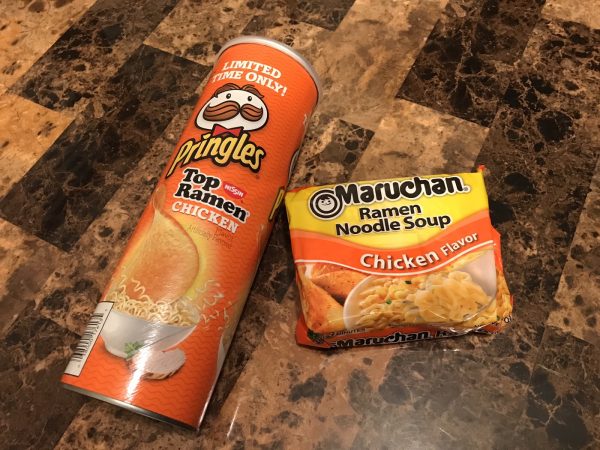 I pulled out my Rapid Ramen Cooker which you can find at Dillons or Amazon and as seen on Shark Tank. Popped my ramen noodles into the cooker, filled it to the water line and heated for 3-4 minutes and out came perfectly cooked ramen in no time at all! Stove top quality in less than half the time…..folks, that’s the Rapid Ramen Cooker! 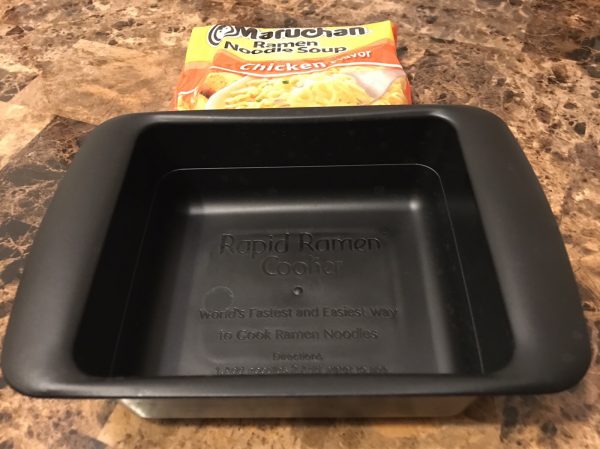 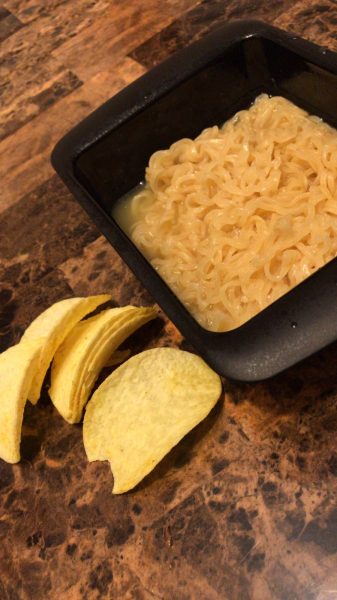 Word of advice, don’t eat the chips and noodles at the same time. It’s a BAD IDEA! Instead eat one first and then the other.

After finishing both, the actual flavors were very similar. It was basically the chicken seasoning that stood out in both. I’m sure my doctor wouldn’t be happy with my sodium intake that evening but it was for a blog so surely that’s OK, right?

While I don’t eat Pringles often, these Ramen Chicken flavored Pringles are good in moderation. Don’t do what I did and finish a can in one night. Leave the dumb mistakes to me.

College version of myself is disappointed it took decades for this to arrive. Had these been out, I could have saved myself 3-4 minutes every time, avoided having to use the dirty fraternity microwave and just ate the chips.