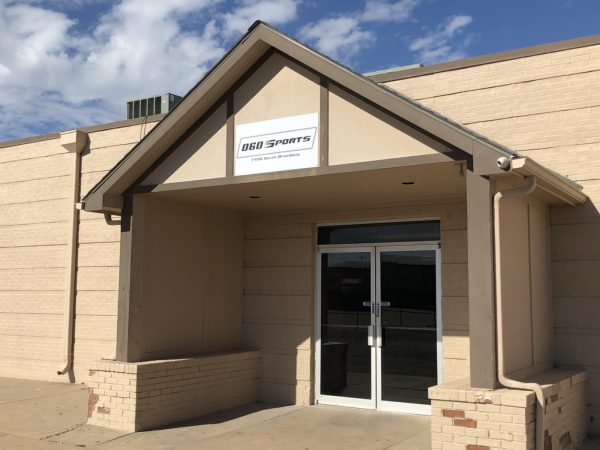 Back in July a new family entertainment center opened in Haysville called 060 Sports. They are the first establishment in the Wichita metro area to offer Bazooka Ball. It’s a combination of paintball and laser tag. They also have batting tunnels, practice turf for soccer, escape rooms, an arcade, dodgeball, and a party room for birthdays.

When it comes to activities, there’s a lot to do at the new 060 Sports. We stopped by over the weekend to check it all out.

Our first stop was to take a look at the arcade. Having just been open for a few months, it looks to still be in the works but there’s enough to do to keep you occupied. 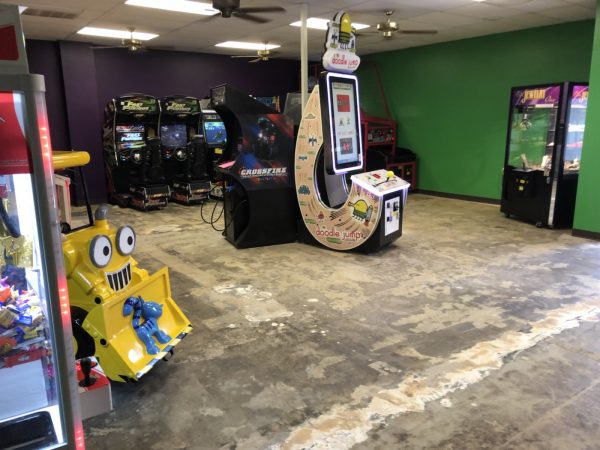 They have an area for soccer and baseball teams to come practice. One of the fields doubles as a dodgeball field as well. There’s also an option for glow in the dark dodgeball but we’ll get to that later. 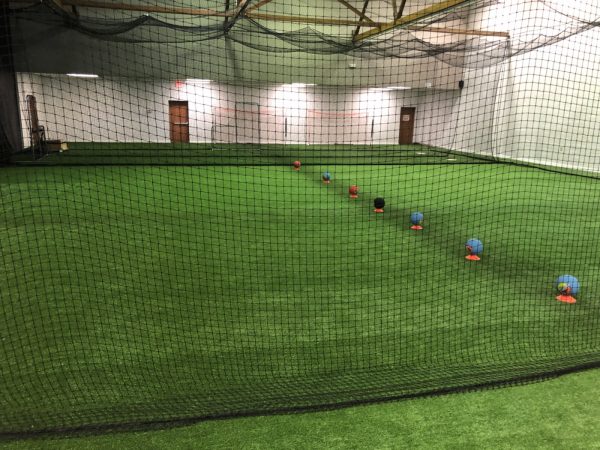 There are two escape rooms available. We gave one of those rooms a try and actually didn’t escape in the first 60 minutes. It was our first time in probably 30 rooms where we were stuck. We will never give away what takes place in the rooms but this was one of your more basic room builds.  The only thing we didn’t know was how many clues each group received. They didn’t explain that to us before.

Then we tried the main feature of 060 Sports, Bazooka Ball. It’s a combination of laser tag and paintball. You are placed in a 2,500-square-foot glow-in-the-dark arena with regular paintball markers, 2” foam balls, a mask and high impact sensor vests. So each time your vest is hit, it automatically records it as a hit and is kept track of on the real time electronic scoreboard.

Before we started, we went over the rules and safety information. Then the staff helped everybody put on their gear and we were ready to go.

Games last nine minutes each and let me tell you, it was fun but EXHAUSTING! We were split into teams and had to stay on your side of the arena. It was your goal to shoot at your opponents and hit them as many times as possible. When there were two minutes left, you could then cross the line and it was a total free for all. You could run anywhere you wanted to attack your opponents.

The foam balls are shot out of the paintball guns and do not hurt at all for those that are wondering. If you’ve ever played laser tag, the guns are certainly heavier than what some kids may be accustomed to. Some kids may get worn out sooner thus why the games are nine minutes. Plus my out of shape butt would have struggled running around and trying to dodge zooming foam balls for anything longer. I can see people ages 10 and up enjoying this. I’m pretty sure my 8-year old nieces would have struggled immensely in this. Our group enjoyed this but like me were even tired after one game. We would all try this again for sure. 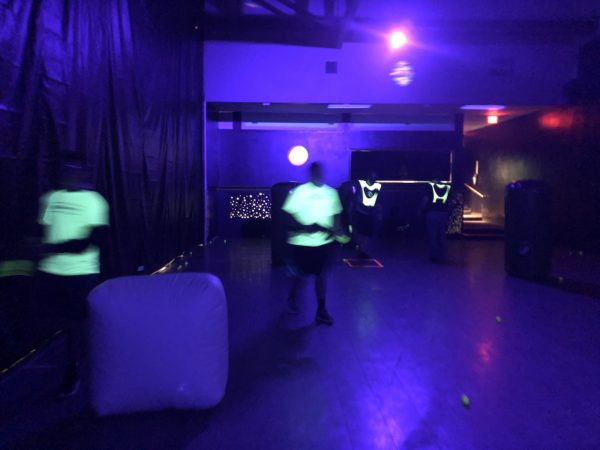 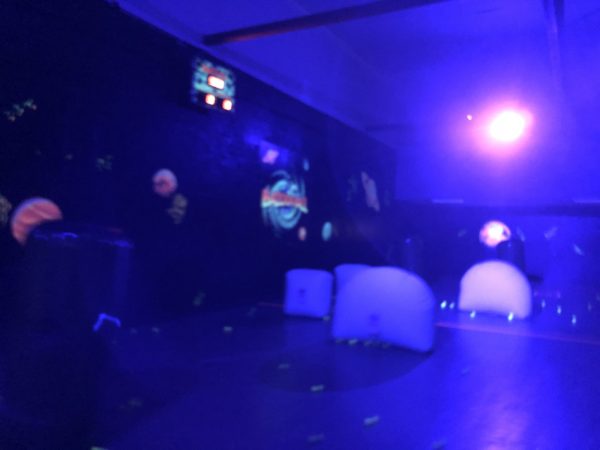 The Bazooka Ball room also doubles as their glow-in-the-dark dodgeball arena which I’m sure would be very fun. I miss me some dodgeball. I can dodge a wrench so I’m really good at it.

It was nice to see another entertainment venue available especially in an area we don’t travel to often. I’m not exactly sure what all there is to do in Haysville but hopefully they can support a place like this. It’s different and definitely unique. They’ve had great weekends so far with birthday parties and sports clubs coming out.

Be sure to check them out on Facebook to learn more or their website for pricing information.