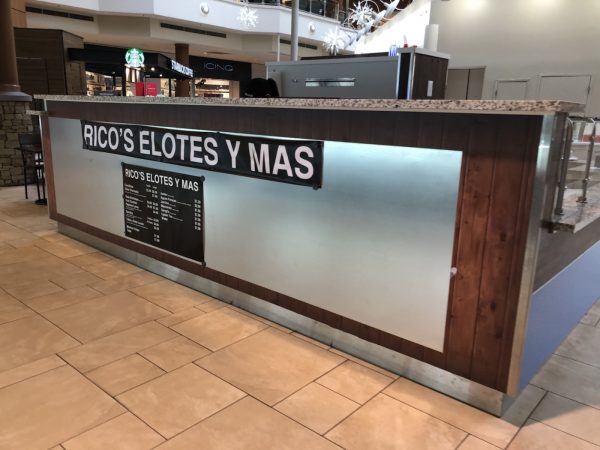 There’s a new little Mexican stand inside Towne East Mall that probably deserves a little more publicity. I had no idea they were open since the mall doesn’t do the best job of advertising new businesses that pop up. I only happened to stumble across this place while stopping by the mall with my family recently.

The new restaurant, Rico’s Elotes Y Mas, is a locally family owned establishment that specializes in the Mexican street corn dish known as elote. And as their name advertises, they have more than just that. They are located downstairs in the mall right by the food court but they offer more than just your standard food court fare of pizza, pretzels, cookies and juices. 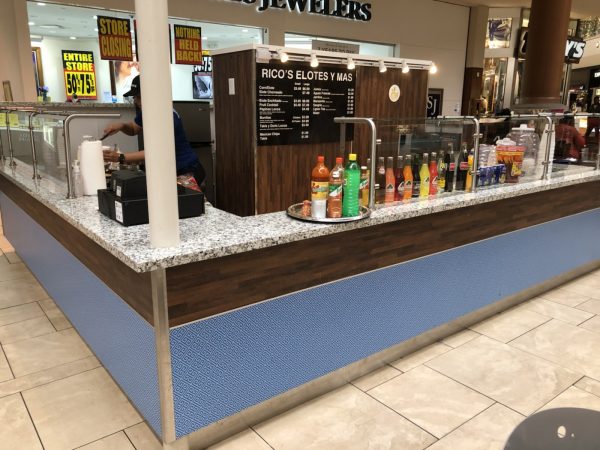 Elote is one of those dishes, I’ll always try to order if it’s available; kind of like deviled eggs, pickles, McRibs, and hot & sour soup. So when I saw this little elote stand while passing by, I knew I’d be back immediately.

There was just one lady working that afternoon but she was on top of things. I made a simple order of elote with everything in it along with an al pastor burrito. I don’t drink pop but passed on ordering a water because there was no way I was going to pay $1.99 for water.

I, like most people, don’t expect much from food inside Towne East. It’s a bad stigma they have along with many malls I’m sure. But I was willing to give it an honest chance and they certainly impressed me. 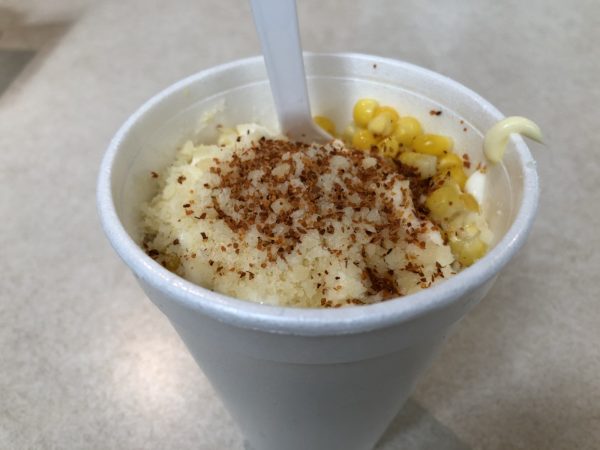 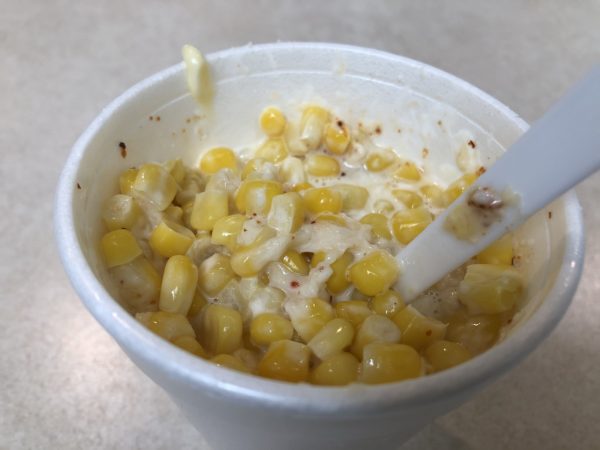 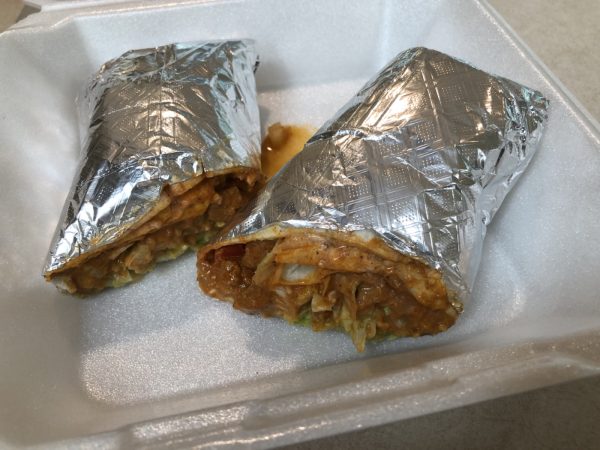 The elote was fantastic. It’s served in a cup. I added in some seasoning on top only because the option was there. It wasn’t too creamy or soggy like some elote can be. It was a delicious mixture of flavors. The only thing missing was the toasted corn depth of flavor you get from street food elote. Even though that wasn’t there, it was still flavorful and a great starter. Hell, it’d even make a great meal by itself.

Then I was pleasantly surprised by the burrito. It was a little on the runny side but whatever sauced they used inside there was really good. It wasn’t spicy and I can’t make out what it was but whatever it was, two thumbs up for me. Like most burritos you find, this thing was packed all the way. For just $5, it was a great value.

Overall I was very impressed with Rico’s Elotes Y Mas. They certainly don’t fit what one would define as mall food in Wichita. In fact, they broke the mold. I know many of you may not go out of your way to go here. But if you’re ever in the mall, this is worth a try.

Lastly I hope this review went well. It’s my very first one done completely on an iPad so it took some time getting used to the controls.

Here’s their menu. One lady there called me out for taking a picture of the menu (as if that was illegal to do) so in essence I risked my life for you all. I marked myself as safe on Facebook so please, no prayers needed. 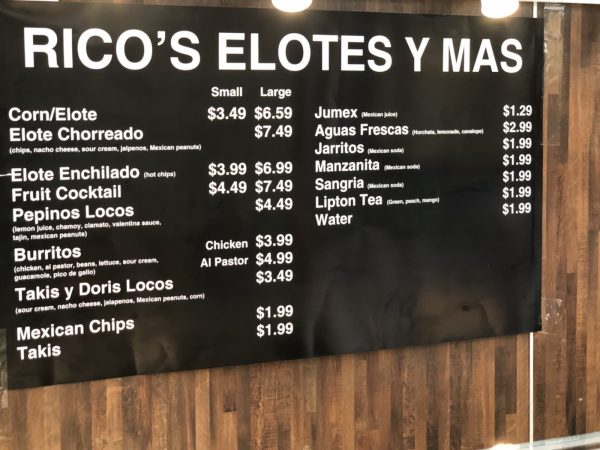