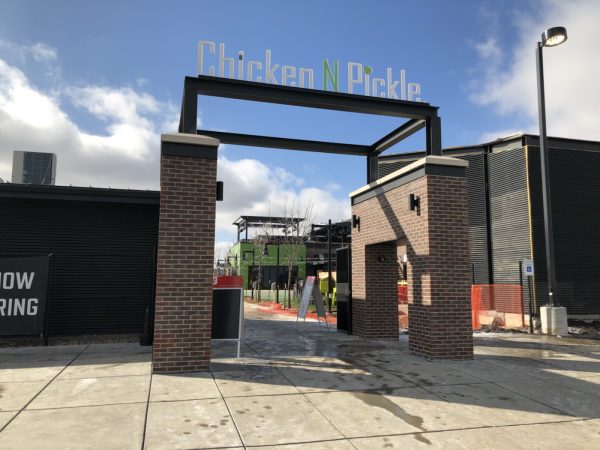 Chicken N Pickle, the massive 8,000-square-foot entertainment complex, has been open since the beginning December. They house six pickleball courts inside, four courts outside, a restaurant that will be opening next week, a fully stocked bar, outdoor lounging area, concert venue, game room, and later on an ice rink for skating and curling. They are hoping to offer a little bit of everything year round which is what Wichita could always use.

Writing about everything could very well be the length of a novel so for the purpose of this particular blog, I wanted to focus strictly to the pickleball.

Pickleball is a paddle sport that combines elements of badminton, tennis, and table tennis. Two or four players use solid paddles made of wood or composite materials to hit a perforated polymer ball, similar to a wiffle ball, over a net. It’s really simple and something people of all ages can pick up and play.

It’s a sport that has been gaining a lot of momentum in recent years. Something others may not know is that some of the world’s best and ranked pickleball players live in Wichita, KS.

While I have been to Chicken N Pickle in Kansas City, I’ve actually never played pickleball. But I figured (humblebrag alert) being a former Wichita State intramural tennis and badminton champion, this would be right up my alley.

I went with a group of teachers; some who have played pickleball before and some who haven’t. Fortunately the pickleball manager who also happened to be former Wichita State tennis player, Jay Devilliers, was on hand to talk us through the rules and show us how to play. He was excellent in teaching us the quick basics. It really was so easy to pick up and play as advertised. Even if you’ve never played or had any knowledge of tennis, badminton or table tennis, you’ll learn in no time. 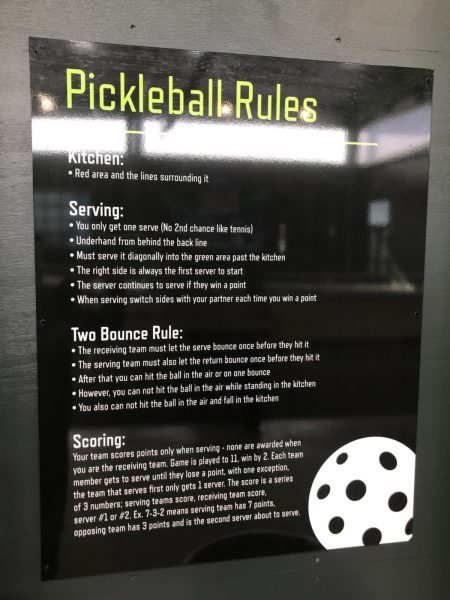 We happened to stop by when it was free to play. Otherwise court rental is $20 an hour from open to 5pm on the weekdays and $40 after 5pm and on the weekends. If open play is available, it’s $5 a person. Then there’s a $3 paddle rental and $3 for a ball. People 55 and over can play for $2 in the morning from 8am to 10am on Mondays and Wednesdays. (I know what i’ll be doing when I’m 55). If you want to make a reservation you can do so by visiting their website.

Once we went over the rules on how to play, we were off to the races. I’m a highly competitive person and loved every second of it. It got to the point, I was asking Jay about purchasing a pickleball paddles and which one he’d recommend.

We were able to fit in plenty of games within the hour; singles and doubles. For a game so simple to pick up, there’s still so much strategy and skill required to truly excel in it. It was quite the work out as well and builds up a nice sweat. It should be said every single person in our group had a great time and was really getting in to it.

After playing and feeling that I had a good grasp on it, I challenged Jay to a match. Keep in mind, he’s now a pickleball pro and even playing in the U.S. Open Pickleball Championship in Florida later this year. I only managed to score one point on him which he may have let me have out of mercy. I should note he even played with his opposite hand. But it was still very fun to see how good a pro was first hand even though I got my butt handed to me. I’m tempted to go back and challenge him again and see if he could beat me blindfolded…. bird box style. 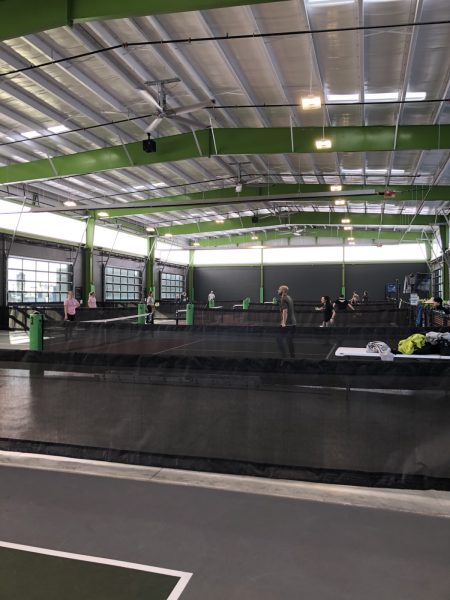 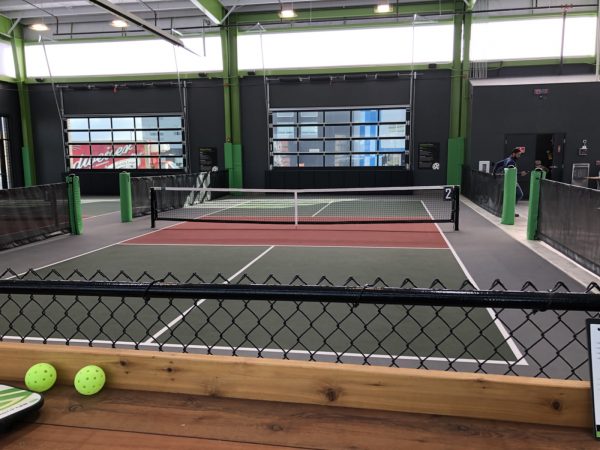 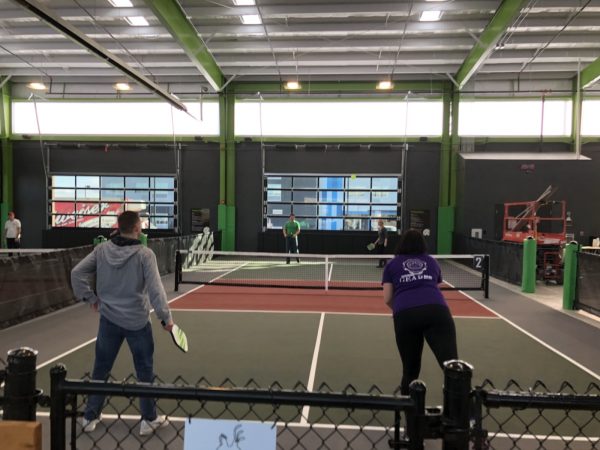 Big thanks to Jay Devilliers on showing us the ropes, putting up with our questions, kicking my butt and simply being a great teacher and host. I can say already, I’m addicted to pickleball and am excited to go back again soon. I’ve been shopping around for a paddle and hope to turn pro in six months. When I say pro, I mean pathetic casual recreational player who thinks he’s better than he actually is.

Now if Mother Nature can bring on the nice weather, this would be the perfect sport to play outside. 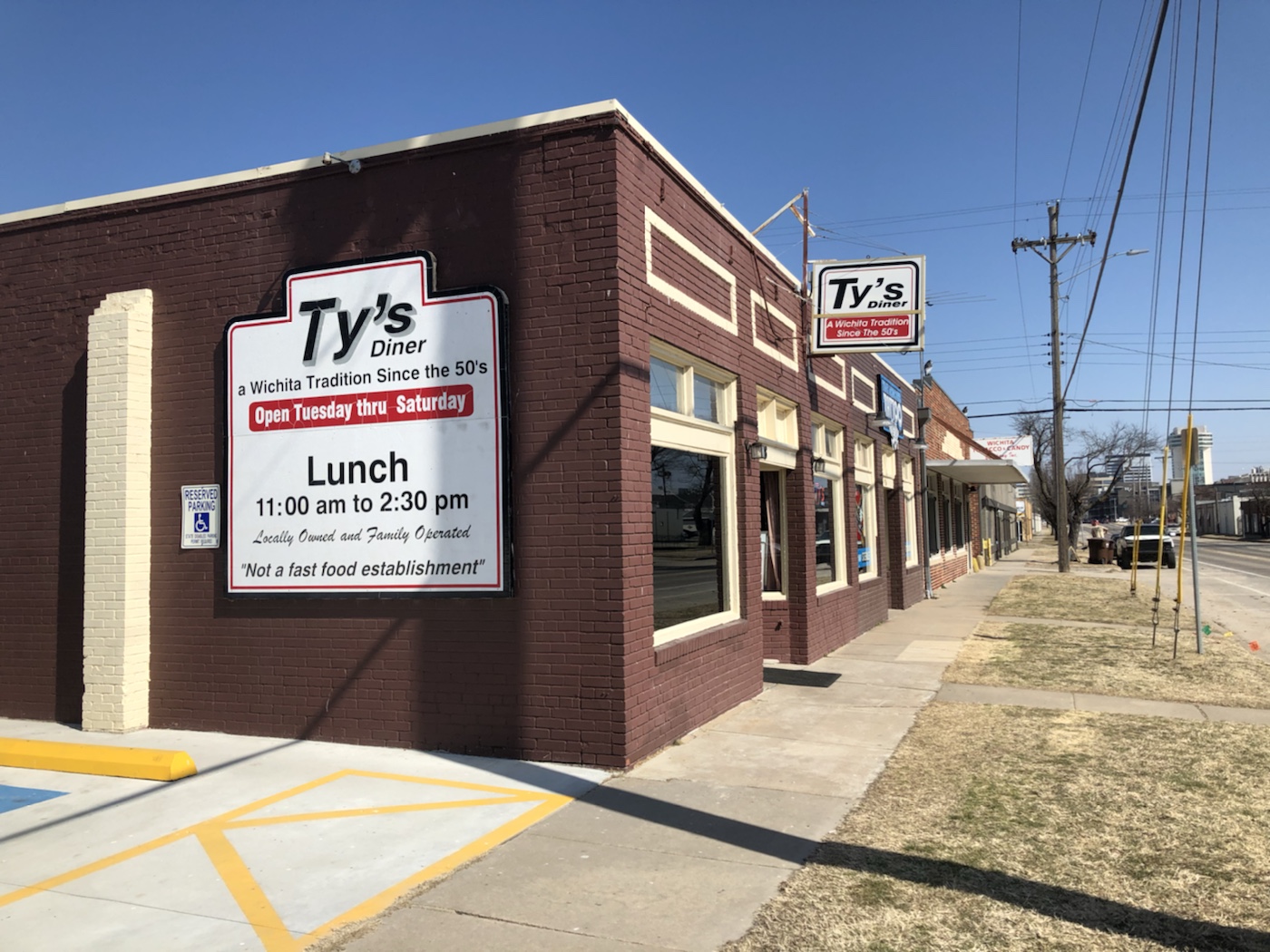 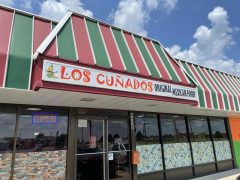 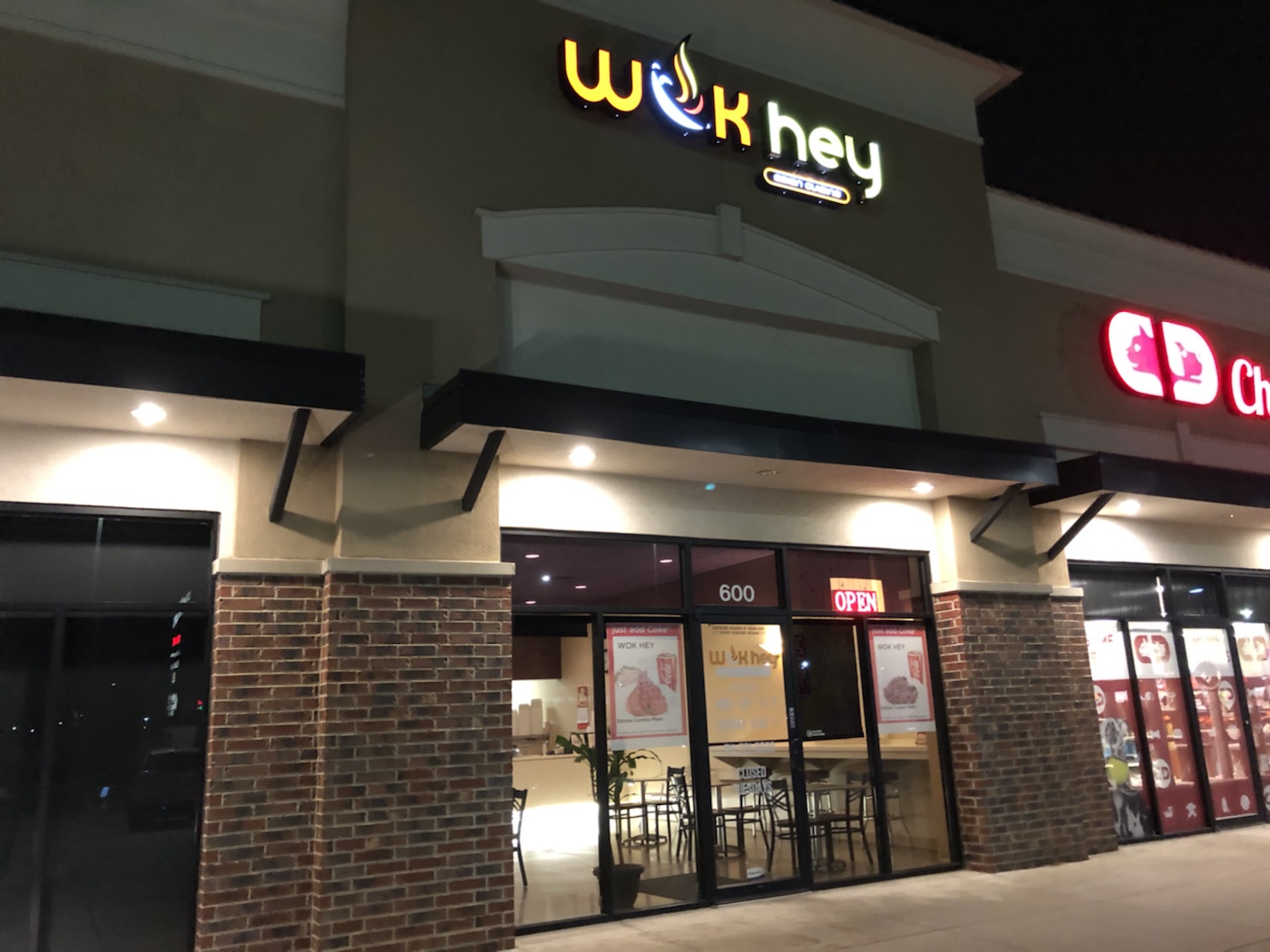 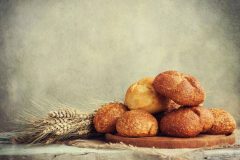 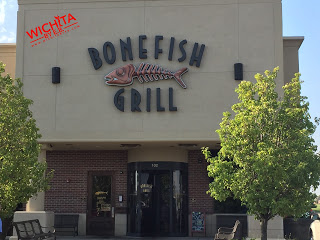