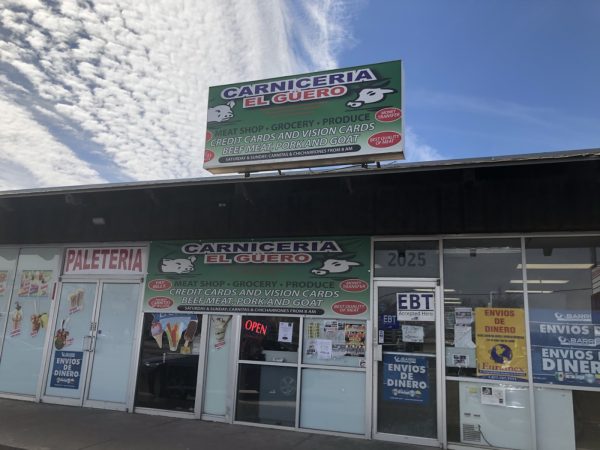 There’s a little Mexican supermarket with a few locations around town that I stop in every now and then to purchase items from. Like many grocery stores of its kind, they sometimes have a full menu of food available on the weekends. Such was the case at Carniceria El Güero. I popped in one Sunday afternoon to finally give it a go in line with trying something new in Wichita.

On top of a menu available on the weekends, they have paletas available all week long. Many of them range from a dollar to two dollars. Some of the flavors I’ve enjoyed were pinon and mango. 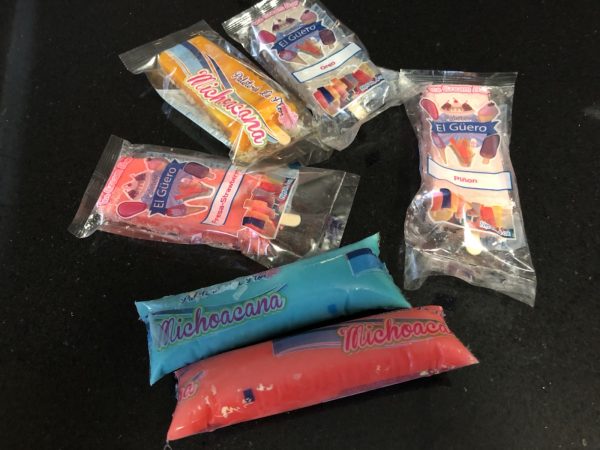 What’s different from Carnieceria El Guero compared to some other places was the lack of tacos on hand. Instead they had a limited menu of tortas, elote, tostadas, nachos and some other items. Unfortunately that afternoon, they were completely out of seafood. So I ordered a small cup of elote and the tostadas de cueritos.

As many of you know elote is essentially corn in a cup. This was going to be my first experience with cueritos. Basically its pickled pig skin so they take the hide of a pig and put it through the pickling process. Here’s an up close shot of what it looks like. 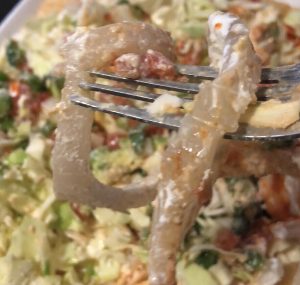 The cuerito was then placed on a bed of lettuce, tomatoes, and other seasonings and spices. All of that was placed on top of duros which is a popular Mexican snack food made of puffed wheat. It has a a light, airy consistency similar to chicharrones. It was only $3.25 so I figured why not give it a try. While I’m sure it’s a popular treat among many people, unfortunately it wasn’t for me. Duros don’t seem to have much flavor to them; it really is like eating air with texture. So if you place a bunch of lettuce over the top and pickled pig skin, that didn’t change anything. The cueritos were fairly bland and didn’t have much flavor to them outside of the slight pickle taste. The texture was certainly what I would imagine pig skin would feel like. The elote was alright but it was all very watered down.

Sometimes trying new things isn’t a winner of an idea and that was the case here. 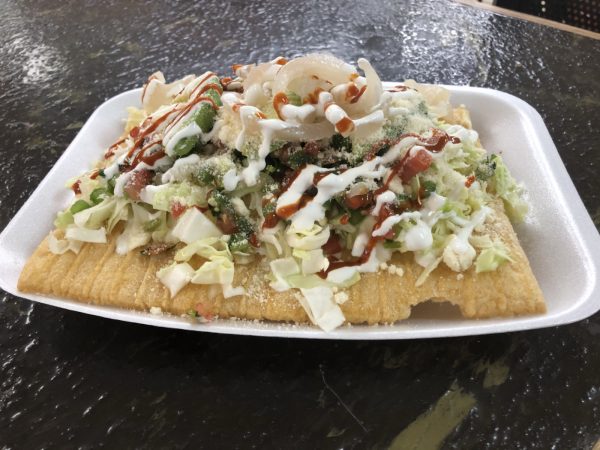 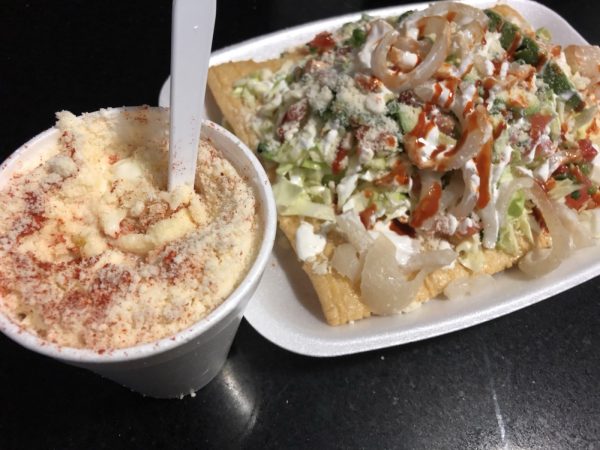 They do have tamales and other meats available on the weekend. So perhaps that will be on my next visit. Otherwise I’ll probably stick with the paletas. 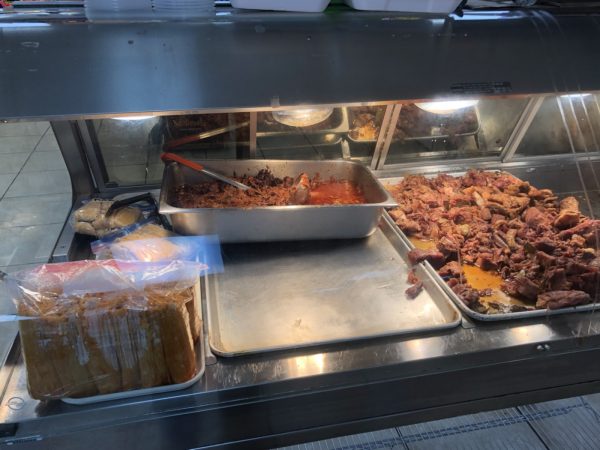 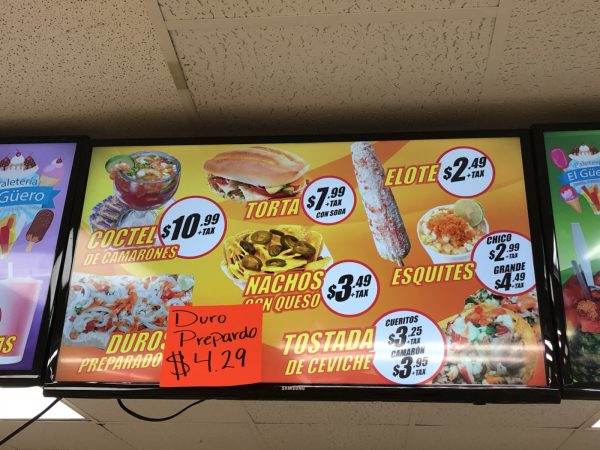 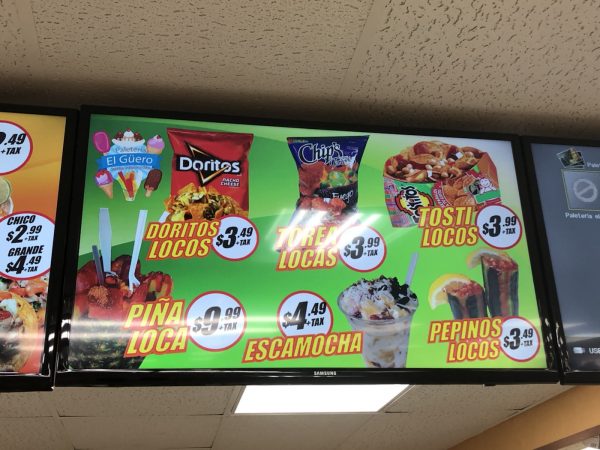 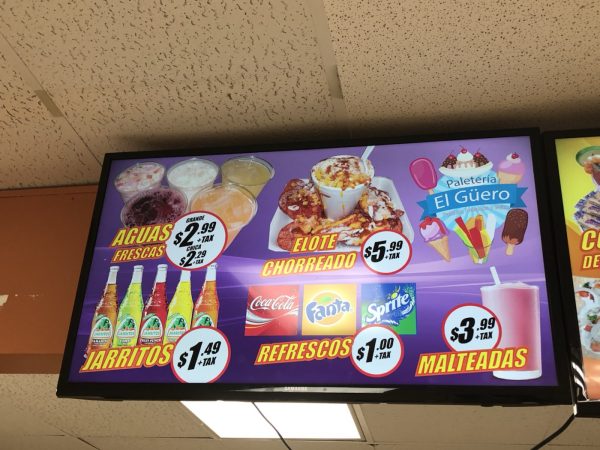