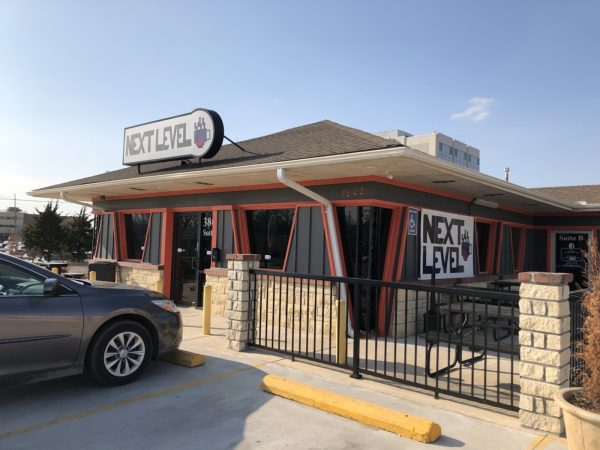 You wouldn’t realize it from their name but Next Level is a modern internet cafe for the gaming community. Their mission of sorts is to push the next generation of E-sport athletes. If you’ve never heard of e-sports, it is a form of competition using video games. There’s actually quite a bit of money to be made in competitive video gaming. Unfortunately this was not around in my formative video game years when Mike Tyson’s Punch Out and Excite Bike were all the rave then later on with Mario Kart 64. I stopped by to get a look inside at what people can expect from Next Level.

You read the hours right, they are open until 3am seven days a week according to their Facebook page.

Next Level isn’t your video game cafe that features your Nintendo, Microsoft X-Box and Sony Playstations. There are around a dozen high-powered gaming PC’s that sit along both walls of Next Level. They have many of the popular games installed on the desktops, you just need an account to play them. They do have a TV though to hook up your popular video game machines as they host gaming tournaments throughout the week. For instance, on Wednesdays they host a Super Smash Brothers tournament for the Switch. I would have played but I have retired from competitive Smash Brothers since the Nintendo 64 (yes, I really feel I’m the best Smash 64 player in the city. Total nerd alert.) 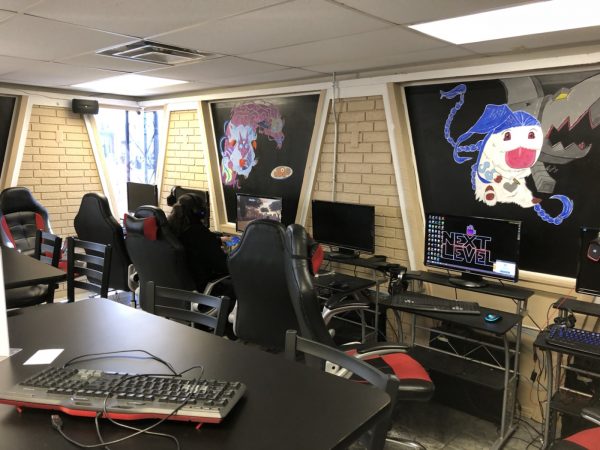 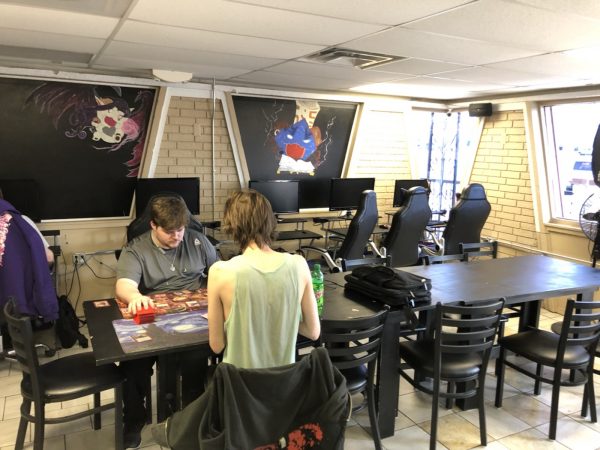 The pricing works similar to other gaming venues whether it’s video games or board games. How it works is you can pay by the hour at $3 or a day pass for $14.99 that comes with your choice of panini! There are also week long passes, monthly passes, and lock-in passes that allow you to play from 11pm to 7am on Friday and Saturday night. 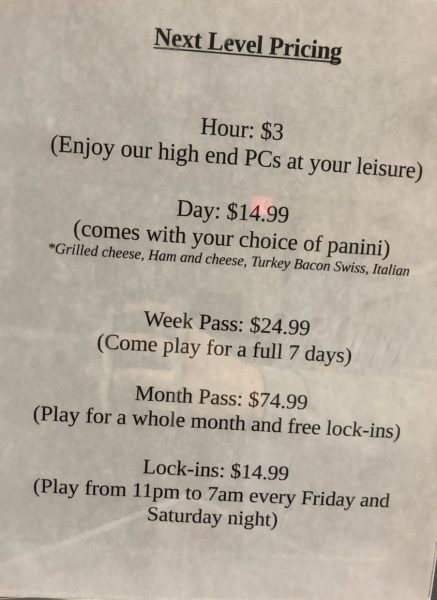 And a cafe wouldn’t be a cafe without a menu of food and drink. They have sandwiches, candy, some microwavable options like pizza rolls, coffee, smoothies and other assorted food and beverages available. 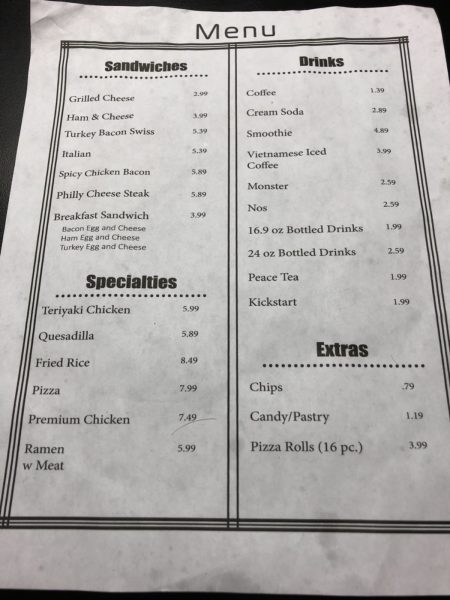 And lastly if you need a haircut, they got you covered there too! The owner’s mother runs her hair salon called “Haircuts by Susan” in the back. It’s multi-functional!