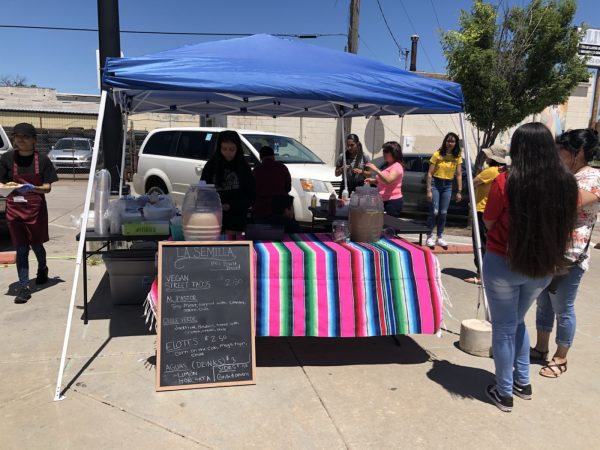 I was walking around Mercadito Hispano Nomar which is a Hispanic market held at NoMar International Market at the northwest corner of 21st and Broadway. There were so many mobile food stands and popups everywhere. With so many to choose from, I wanted to try only stands that were different from the others.

Then I came across La Semilla Mexican Grill. They are brand new to the scene and recently opened. They serve vegan tacos. I’m not Vegan but I love delicious food and based on the line forming at their stand, I gave it a go.

I asked if they could be found anywhere else around town and they said they’ll be at Mercadito Hispano Nomar on the weekends, weather permitting. Fans and hopeful diners can also follow them on Facebook to see where they will be at next. 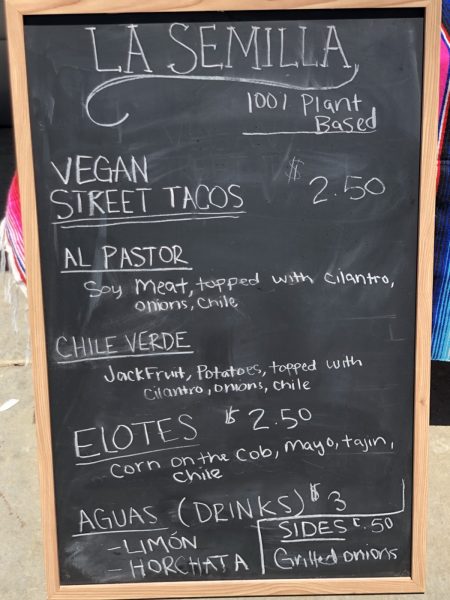 Since my goal was to try many different popups, I made the huge mistake of just ordering one of each taco which you’ll find out why later. They came out fast and also came with a green salsa.

Upon my first bite of each taco, I instantly knew I loved it and should have ordered more. The al pastor didn’t have any stark contrast of flavors from many al pastor tacos I’ve had. I don’t think I would have even noticed a difference had I not known it was soy based. The jackfruit was also delicious. In some Vegan foods, I’ve found it to be chewy or have some herbal-like aftertaste. That wasn’t the case here. They were fine from a texture standpoint, the tortillas did a magnificent job of holding it together and the salsas were intensely flavorful. SERIOUSLY Y’ALL….. they were some damn good tacos. 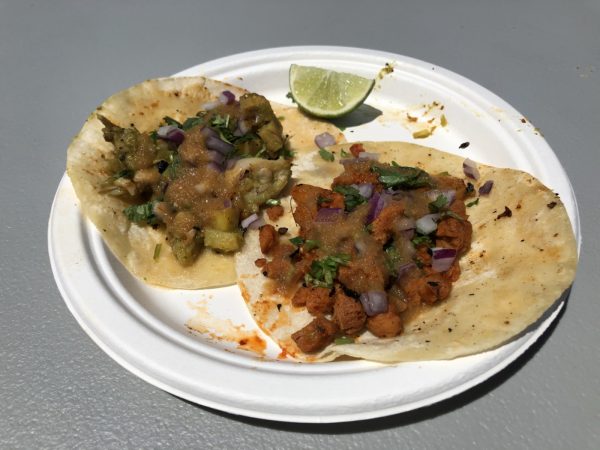 If I didn’t have other plans to try other stands that afternoon, I would easily have ordered plenty more.

If you’re Vegan, you really need to give these a try. If you’re not Vegan, do the same. I think you’ll be shocked like I was.