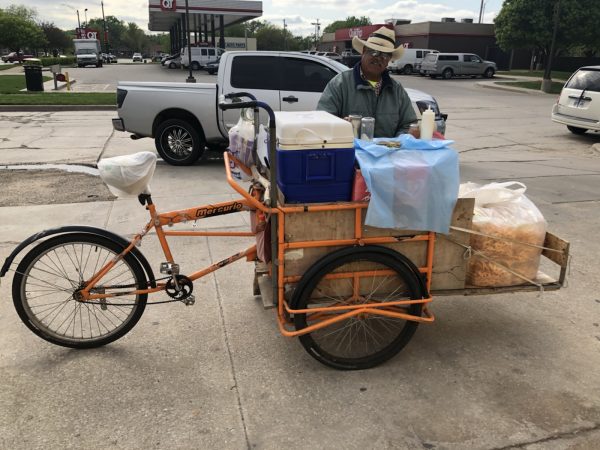 About a month ago, I was driving down 21st street and I saw a man in the distance riding an adult tricycle with a cooler attached. I looked over to my girlfriend and asked what she thought was in those coolers. We had no idea.

Fast-forward a month later and someone mentioned something about a mysterious “Elote Man”. They said, it was a man in a cowboy hat that would ride a tricycle and sell elote on the go. This all sounded too familiar. So I went out in search of this legendary tale.

Rumors had it that he would start in the middle of the day and post up at Pleasant Valley Middle School and then Cloud Elementary and end up at 21st & Waco. My journey began at Pleasant Valley Middle School, I drove my car really slowly around the school in search of the Elote Man. So slow I believe parents were calling police to report a middle-aged man driving around a school very creepily. The Elote Man was nowhere to be found. I made my way to Cloud Elementary where more calls were probably made to the police. Once again nothing.

I then made my way towards 21st & Waco. As I’m approaching Waco, I see a tricycle parked in front of Carniceria El Guero. IT’S HIM! SANTA! THE ELOTE MAN! 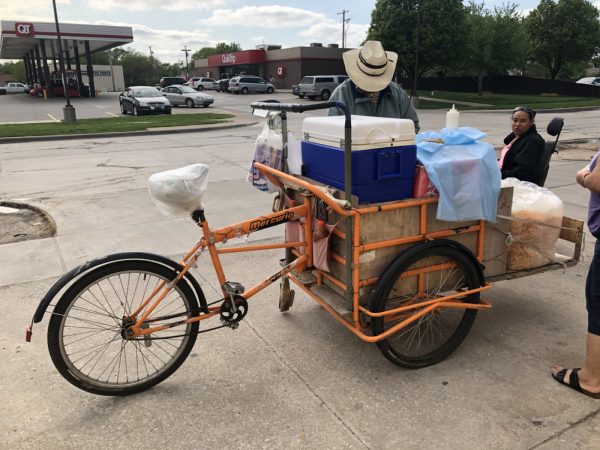 I walk up and he’s serving some customers so I chatted with everybody like a giddy teenager. Come to find out, his name is Alviero. He’s been doing the elote thing for about 5-6 years. While he doesn’t have set hours, he tries to start around 3pm every day. He treks out to Pleasant Valley Middle School, then to Cloud Elementary, then to Carniceria El Guero, then sometimes to the Dollar General store, then to 21st and Waco.

He sells only two things: elote on the cob and duros. Duros are a popular Mexican snack food made of puffed wheat. They are very airy and light and best when drizzled with Valentino sauce according to The Elote Man. Just be careful because they can get soggy quick. But man was it an excellent combo. Bags of duros were $2. 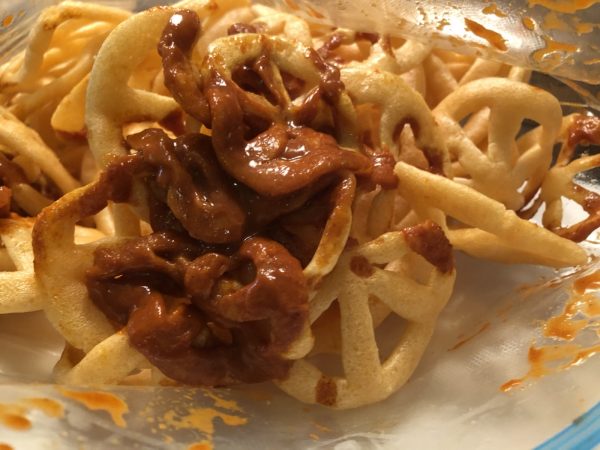 Then there is the elote. He only sells it on the cob for $2.50 a piece. You can have it made however you’d like and spicy if needed. My personal preference is to avoid the butter. It was amazing and easily some of the best elote I’ve had in town. He allowed me to catch a quick little video of his work. 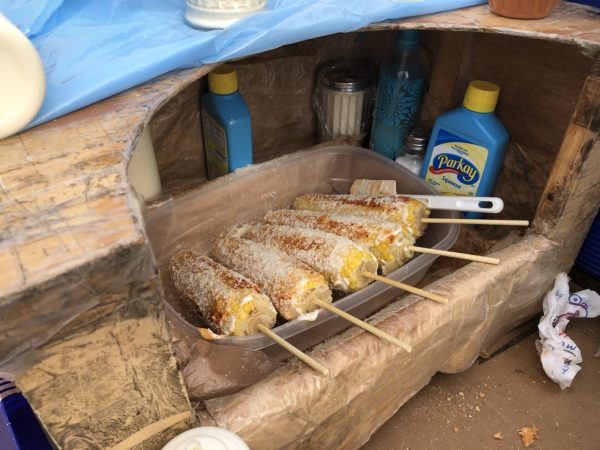 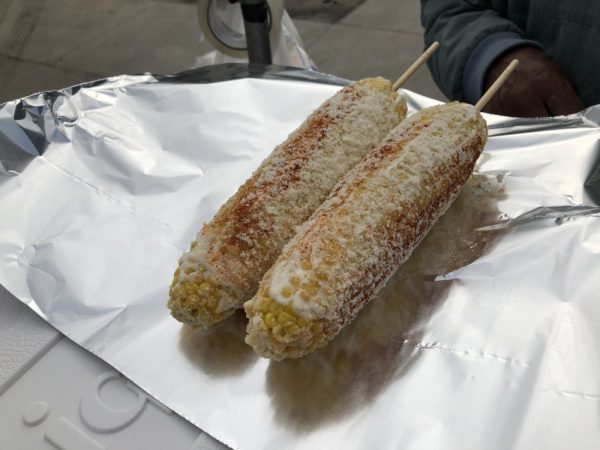 He doesn’t speak the best English but enough to get you what you need. Overall he’s just a kind man working everyday to make a living. I’m incredibly thankful, the group members gave me a heads up on the Elote Man. Now that I’ve eaten at every restaurant in town, it’s becoming harder to find new places to eat. There’s no doubt in my mind, this is someone I’ll be returning to.

So if you see this while driving down the road, stop him immediately. Just another reason to always keep some cash on you. 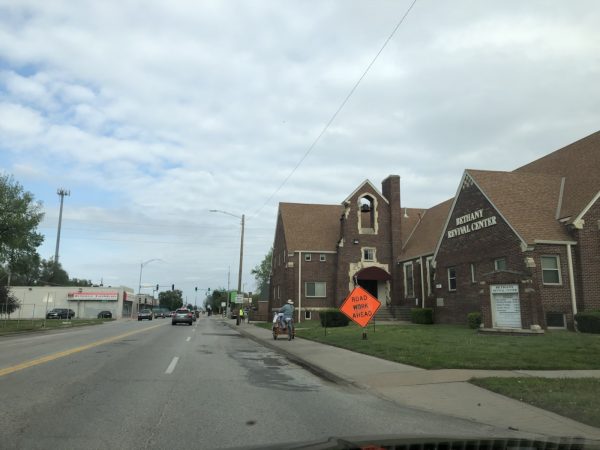