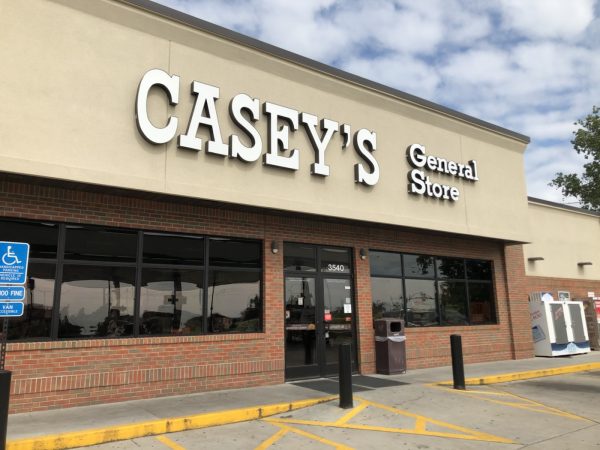 I’ve had pizza from Casey’s General Store before but it came at a time when I was in no condition to legally drive or probably even review food. One thing I remember from that time was thinking it was the best thing ever in the world but that could have been the Crown and Coke talking. I gave it another go recently with family who haven’t had it before.

My past sober experiences with gas station pizza hasn’t been that great. I’ve had pizza by the slice from Kwik Shop which was horrible. I’ve also ordered pizzas by the slice and entire pies from QuikTrip and was severely let down; it was like cardboard with sauce and pepperoni on it.

There are plenty of Casey’s General Stores in Wichita and the surrounding area. This visit brought me to the one near the south YMCA on south Meridian. I called my order in for three specialty pizzas: Supreme, Meat Galore and Buffalo Chicken.

Originally it was supposed to be taco pizza but they were out of ingredients so I had to substitute that out. They gave me a quote of everything being ready in twenty minutes. When I arrived, it took another 20-25 minutes on top of what they quoted me so punctuality wasn’t in effect that afternoon.

Let’s face it, gas station is usually a letdown or one of those items you get strictly out of convenience. Somehow someway though, Casey’s General Store has seemed to break the mold and even be classified as a pizza restaurant by some people and websites.

My family was quite surprised and impressed with it. Everybody said, “it’s pretty good for gas station pizza.” Obviously expectations were low but were exceeded with each bite. While we don’t think it would win any “Best Pizza” contests, it was satisfying enough for all. Each pizza came with a healthy portion of standard-issue cheese, well-seasoned tomato sauce that covered each slice, and plenty of toppings. It was definitely way better than any gas station or frozen pizza we’ve ever had.

Besides the lack of timeliness, the other issue we had was price. Large specialty pizzas were around $16 which we found pretty pricey. They did have a $13.99 special on a large taco pizza so it looks like they do have specials every now and then. For chain restaurants, we think $16 for a pizza is a little on the high end. At that price, we could pick up something local and better. 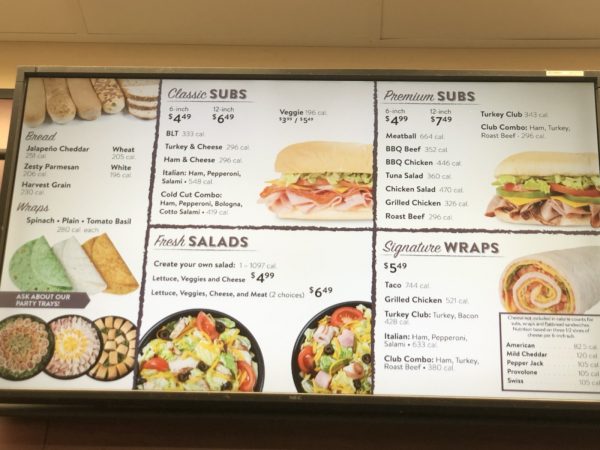 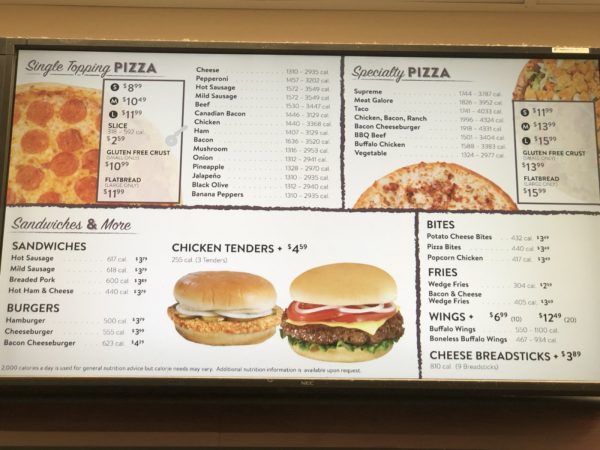