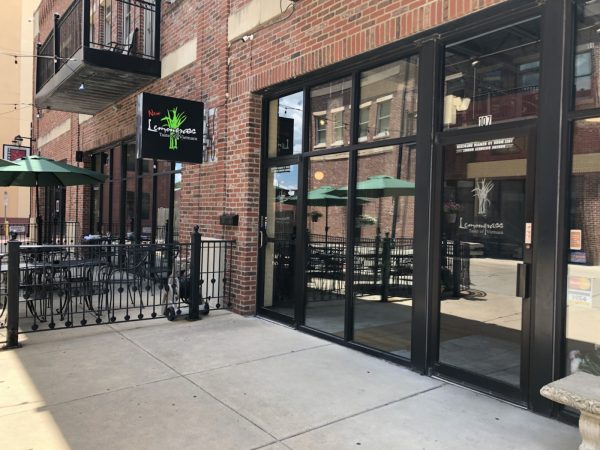 More “openings” in Wichita took place when new owners took over a restaurant but kept the name Lemongrass: Taste of Vietnam. The Vietnamese restaurant located downtown closed earlier this month, but new owners were quick to come in and change things up for the better. When the original one was open, we weren’t impressed with our last visit. But knowing everything was new and different, we stopped by to look at the clean new slate.

Lemongrass had a quick turnaround. The owners kept much of the interior the same, but that should be the least of anybody’s worries. The interior is classy in a not so snobby way, especially compared to other Vietnamese restaurants. The menus were also essentially the same, but was told the food was made with different recipes. 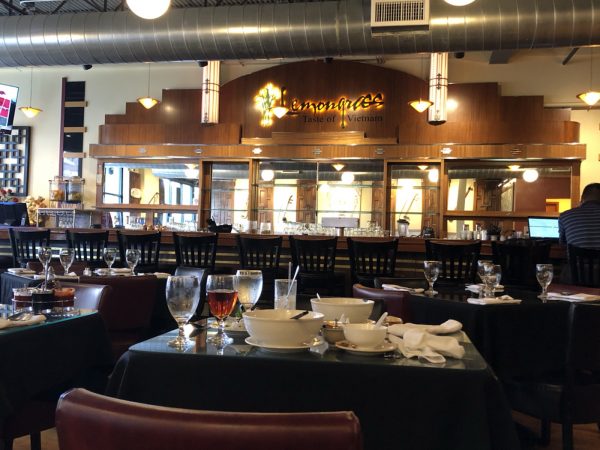 My girlfriend and I started off with some eggrolls. They were served piping hot and had a nice crisp to them. These are our favorite style of eggrolls and they did them justice. Those were gone in seconds. 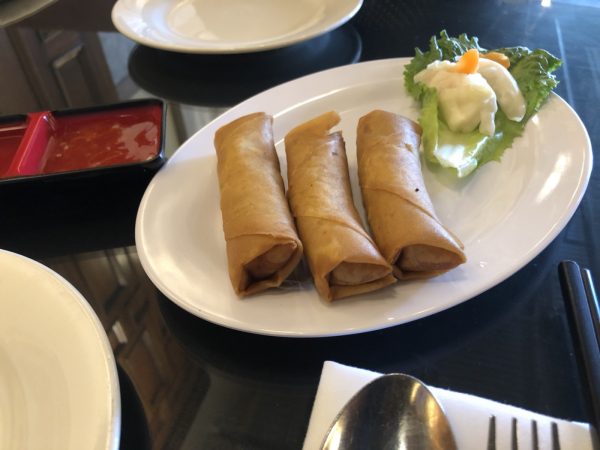 For our main dishes, we had a bowl of bun and pho.

Our server must have been new and unfamiliar with Vietnamese food. We did not get any fish sauce with our bun, which our server quickly brought to us upon request. And no hoisin sauce or sriracha was delivered with the pho. When I asked for it, my server looked befuddled and confused as to what hoisin sauce was. She had to ask for help for what it was and would tell us it was only her second day. Honestly, a first for me in a Vietnamese restaurant. Kudos to her for trying, though, everything else beyond that was great in terms of drinks refilled.

My girlfriend really enjoyed her bun. She’s pretty new to the dish and has limited experiences around town trying it, but for Lemongrass’ version, she liked it. There were heaping amounts of noodles, meat, and vegetables; great portion size. The meat was grilled and seasoned well to add a nice complimentary taste to the acidity of the pickled vegetables. Overall, a good dish that I sampled and would recommend to others.

The pho, on the other hand, was a bit of a letdown. The broth’s flavor seemed to be a little watered down and missed the rich, hearty options around town that I prefer. Another friend who worked nearby gave it a try and said, it reminded her exactly like the previous Lemongrass’ which she wasn’t too fond of. There was no shortage of brisket, meatball, flank, and sirloin inside. Like the bun, I had no problem with the portion size, it was just the broth which left me feeling underwhelmed. 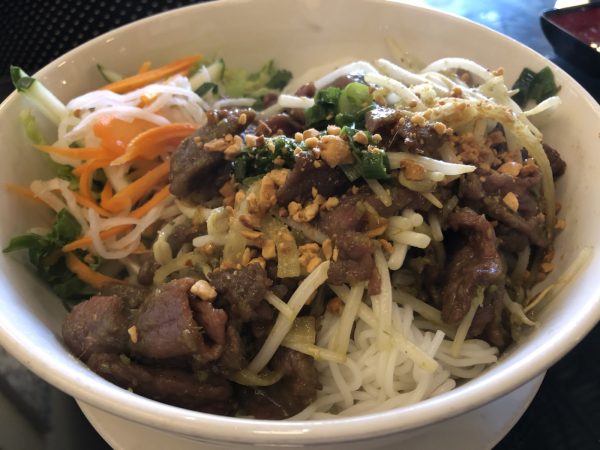 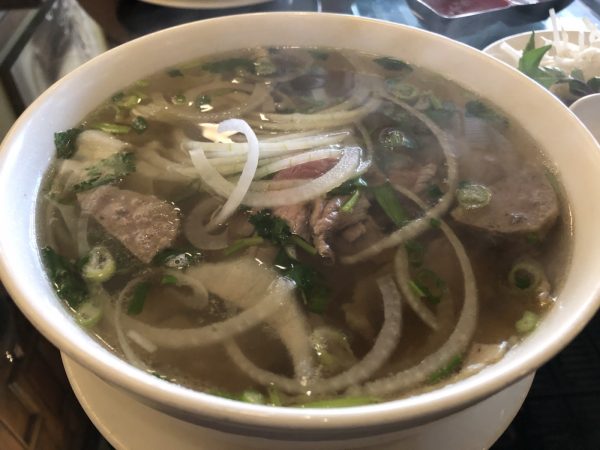 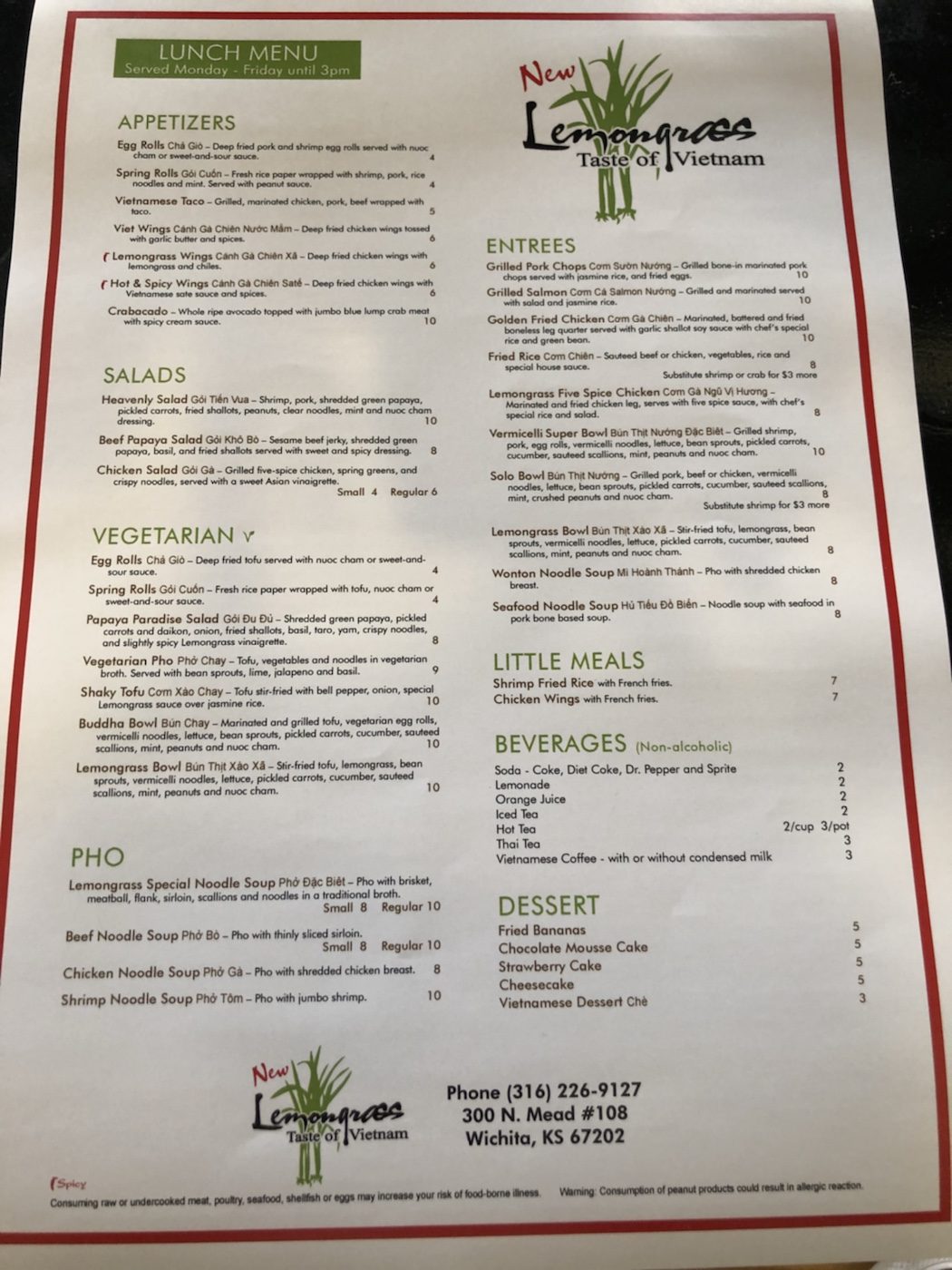 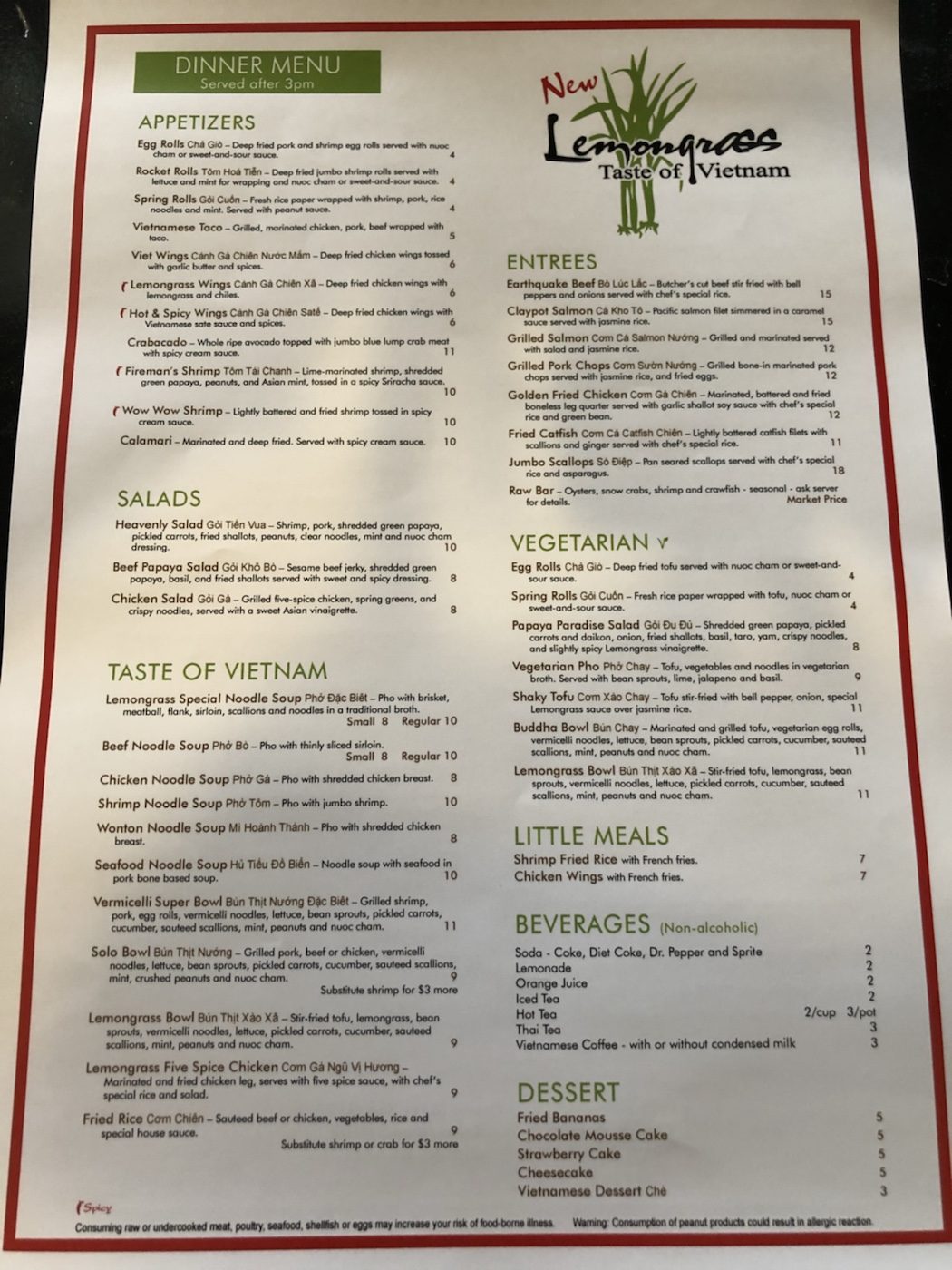 1 thought on “First Look at the NEW Lemongrass: Taste of Vietnam”