Right now all the rage in fast food has been the Popeye’s Chicken Sandwich. I feel like everybody is talking about it. And since I’m the type of person that would jump off a bridge if others did, I had to give this sandwich a try.

Normally I’m not a chicken sandwich guy but won’t pass one up if it’s in front of me either. Instead of trying just Popeye’s, I wanted to also eat Chick-fil-A’s too at the same time.

Both have a spicy and regular version so I wanted to compare all four options. Only problem was Chick-fil-A messed up and gave me two regular sandwiches so I didn’t have a spicy one to compare it to. They weren’t the only ones to mess up though. Popeye’s (on South Seneca, I swear north Hillside is the best one) somehow lost my order in the system so I was there waiting a long time until I asked about my order and showed them my receipt. 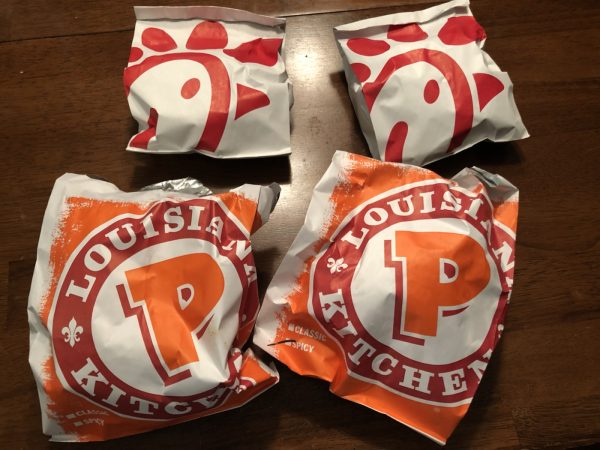 So the purposes of this comparison, we are going to stick with the regular chicken sandwiches.

Both sandwiches were similar in construction. They were a boneless fried chicken breast filet and two pickle slices and placed between a buttered brioche-like buns. The main difference was the mayonnaise on Popeye’s.

Aside from construction, Chick-fil-A’s breading was much lighter and had a crisper exterior. Meanwhile Popeye’s had a very popcorn-ceiling like texture that was comparable to their regular fried chicken. There was definitely more breading on the latter. From meatiness, there was no question that Popeye’s had a thicker cut of chicken. While my girlfriend still found Chick-Fil-A’s chicken to be tender, I found Popeye’s to be juicier, succulent and filling.

My girlfriend felt they were pretty comparable. There was a noticeable difference in flavor with Chick-Fil-A’s being a little more savory but Popeye’s slightly more flavorful. She was pretty happy noting nobody stood out. 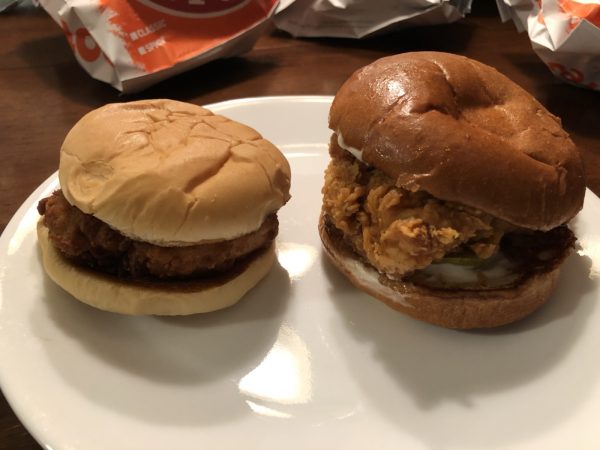 I was slightly in favor of Popeye’s chicken sandwich. It might be because subconsciously I’m a shill for them and love their product. The bun was buttered up better and it was a bigger sandwich. Of course Popeye’s was $3.99 for either option while Chick-fil-A was $3.55 and the spicy being $3.85. So the slight price hike offered a more filling sandwich. 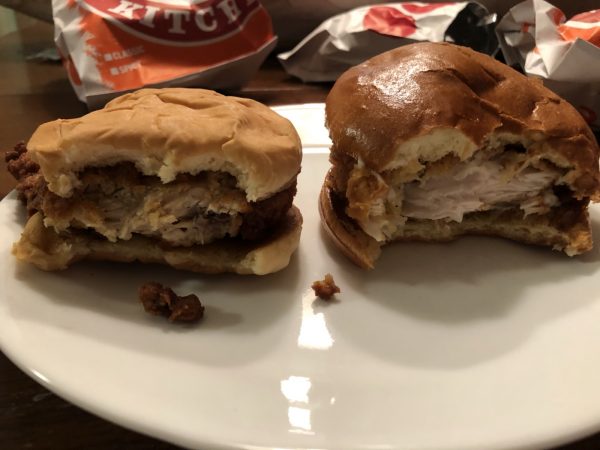 I’m not sure you could go wrong with either option if chicken sandwiches are your thing.

The real winner for me though was the spicy version at Popeye’s. Spicy fried chicken is already a boom for my taste buds. The chicken sandwich was a little toned down but the spicy Cajun dressing layered underneath gave it a bit more bite that I liked more. I wish Chick-fil-A got my order right so I would have had something to compare it to. 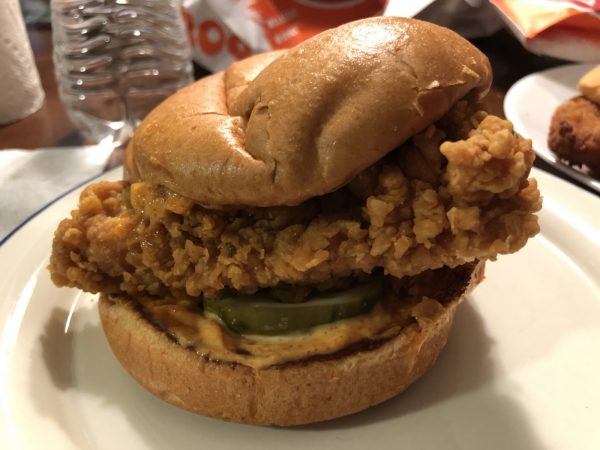 Final verdict was that my girlfriend was pretty much impartial while I favored Popeye’s. She did at that Wendy’s wasn’t even close and not in the same level as these two options. I have yet to try Wendy’s so I currently wouldn’t know any better but I’m currently chicken sandwiched out.

Of course your decision could be different. There’s only one way to find out and that’s to try it yourself. Hopefully your service quality is better than mine.