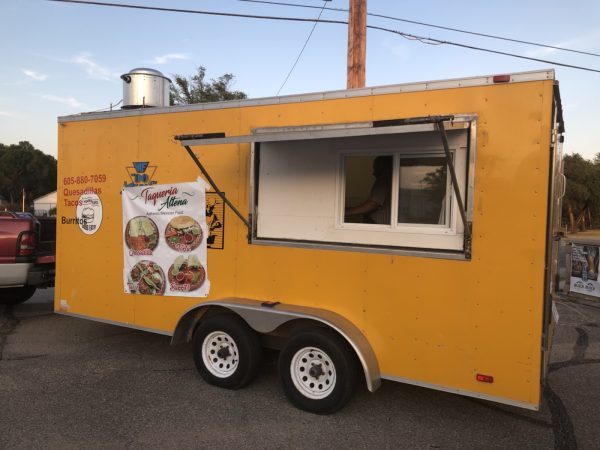 When it comes to hidden gems in the taco world, I feel like all the great places have started to become more popular that they aren’t so hidden. Lots of buzz starts to pick up on those places and now they are common staples in the discussion for best taco. But there’s one little spot that still hasn’t received it’s place among the best. It’s Taqueria Altena.

Located out at 3835 S Seneca, it’s probably one of the least traveled areas in town so they don’t get much traffic. They have a small little restaurant that serves incredible soups, tacos and more. If you ever go to Splash Aqua Park, it’s literally on the way and worth the stop. A few weeks ago, Taqueria Altena opened a food truck. I stopped by, ate there, loved every second of it and now want you to know.

On my visit, they had just recently opened so it was just tacos available. I went with carne, asada, chicken and al pastor. Below is a sample of what I got.

The dual corn tortillas weren’t so heavy or thick. It wasn’t a big starchy taste as I’ve had recently at some places. All of the tacos were great by themselves; seasoned to perfection with a nice grilled flavor to it. But one of the things Taqueria Altena does right is the salsa. They provided your traditional red and green salsas which had varying levels of delicious heat. My girlfriend thought it was a little too much but I thought it was just right.

My biggest regret was not ordering more tacos. 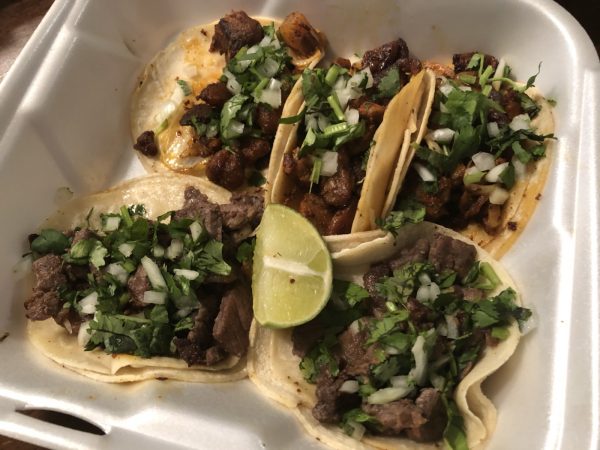 Currently they have been parking out in front of Crawford Liquor at 4855 S Seneca on Fridays and Saturdays from 7-10pm. I get that’s probably outside of where most of you like to drive to for food but if you have the time, definitely give the truck or the restaurant a try.