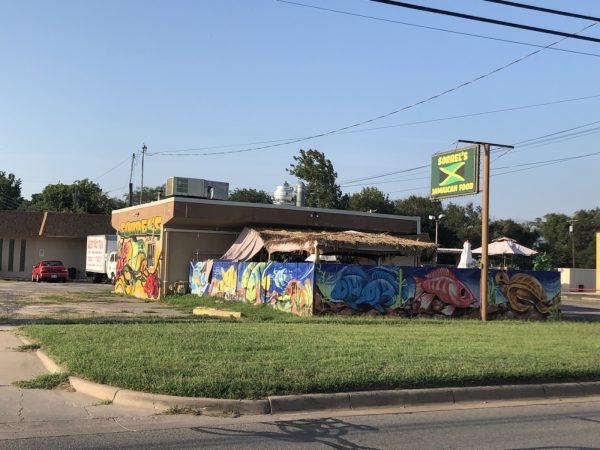 If it’s one thing I’m proud of, it’s been able to be one of the first people to stumble across a local business and see all of its changes and iterations over the years. Back in 2017, I came across Sorrel’s Jamaican Food which was just a food truck parked near Hyde Park. A year later they would move to a small little building off of Central. Of course I stopped by there.

Then they moved into their current spot on west 13th street. Yep….made my way there too. Since my last visit, they’ve added a patio, alcohol and some Wingapalooza award winning wings. It made complete sense for me to back, not just once but twice in one weekend.

While driving around looking for dinner, I recommended to my girlfriend that we stop by Sorrel’s. She had never been there and had NO idea what to expect. It had just rained earlier that day so their back patio was still trying off and preparing for their live reggae music party which takes place on Sundays. 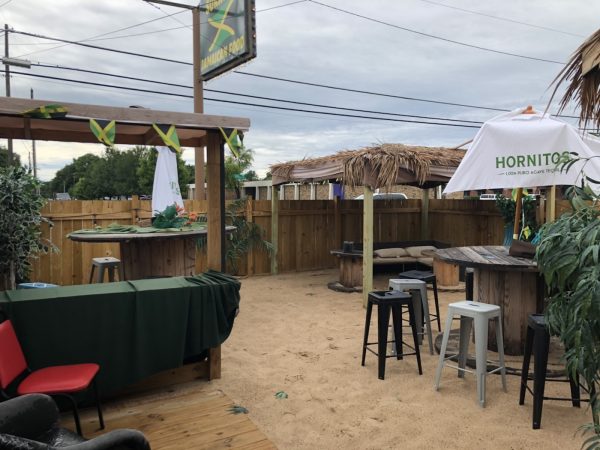 Since we had baby E.B with us, we dined inside. My girlfriend went with their jerk chicken and I went with the oxtail. Originally I wanted to go for their wings because they took second in the People’s Choice voting and third in the judges voting at this year’s Wingapalooza. Come to find out, they only serve the wings on Sundays.

First bite into the jerk chicken and my girlfriend loved it immediately noting how meaty and flavorful the chicken was. It had a nice smokey yet tangy little kick to them. She also enjoyed the little cornbread like appetizer on her dish and often found herself smothering it in the sauce my oxtail sat in. As for the oxtail…..wow, talk about a great dinner. While there were a ton of bones in the meal, the effort I spent getting each tender piece of meat off the bone was still worth it. I”m not sure what kind of sauce or broth it all sat in but it was just heavenly. It was sweet yet savory at the same time. 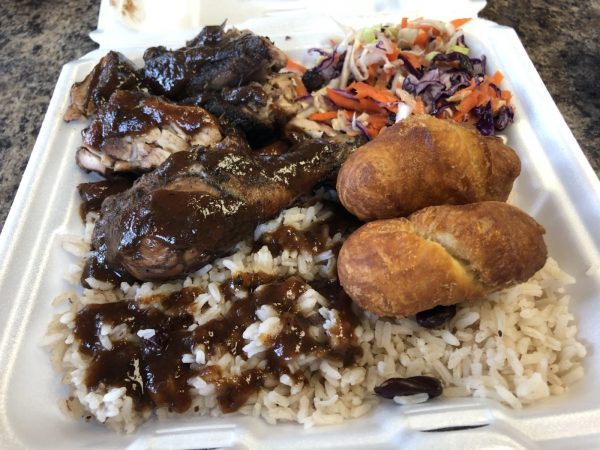 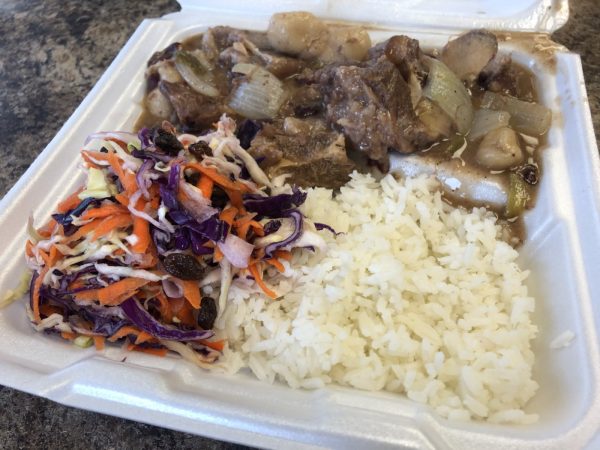 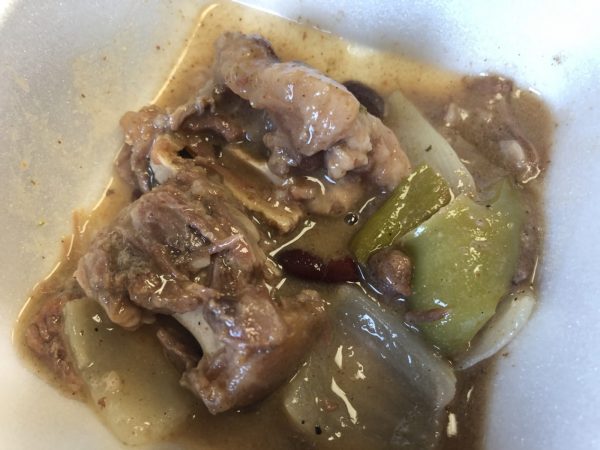 And since I still wanted their wings, I made a return visit two days later. The wings were 50 cents after 6pm so it was a special I couldn’t pass up. We picked up twenty of their mild wings and 10 of their hot. The wings tasted exactly like the jerk chicken from earlier just with a lot more sauce drizzled over the top. I found the mild to be much more flavorful than the hot. That didn’t stop me from knocking out all ten hot wings though. And like the jerk chicken, it had such a great smokey flavor. The best part of it though was the aroma? My car smells like jerk wings right now and I’m not mad about it; the need to turn that smell into a air freshener or candle. 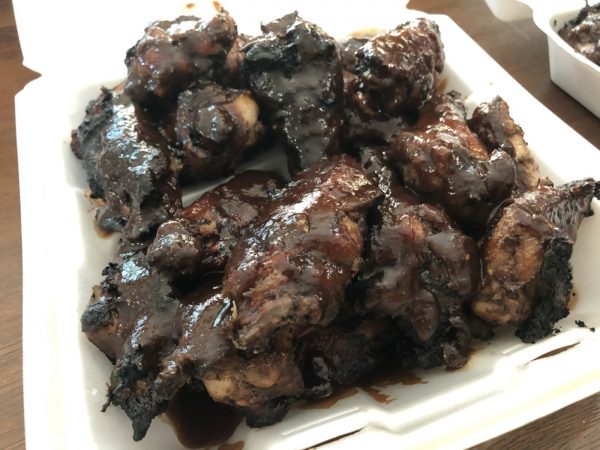 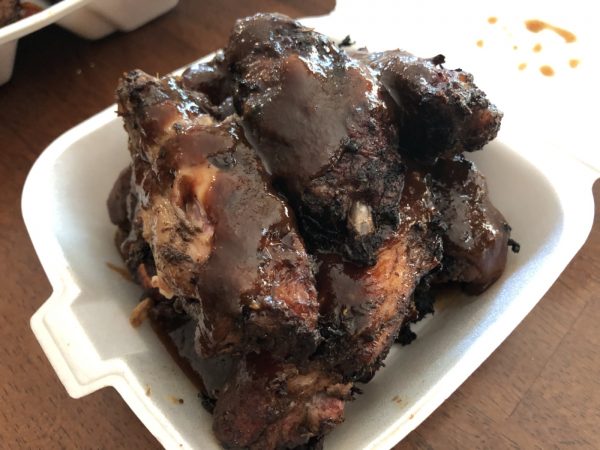 And if you think the food is good, just wait until you meet the family who runs it. They are so pleasant, enjoyable and generous. On my first visit, a man who appeared to be struggling walked in and was looking for food. What do they do? Instead of giving the man money to spend on whatever, they gave him a small carryout thing of chicken. On top of all that, I love to hear the owner’s accent. It’s great.

One day, I’m going to re-write my Wichita by E.B. Bucket List and know that this place will certainly be on there. 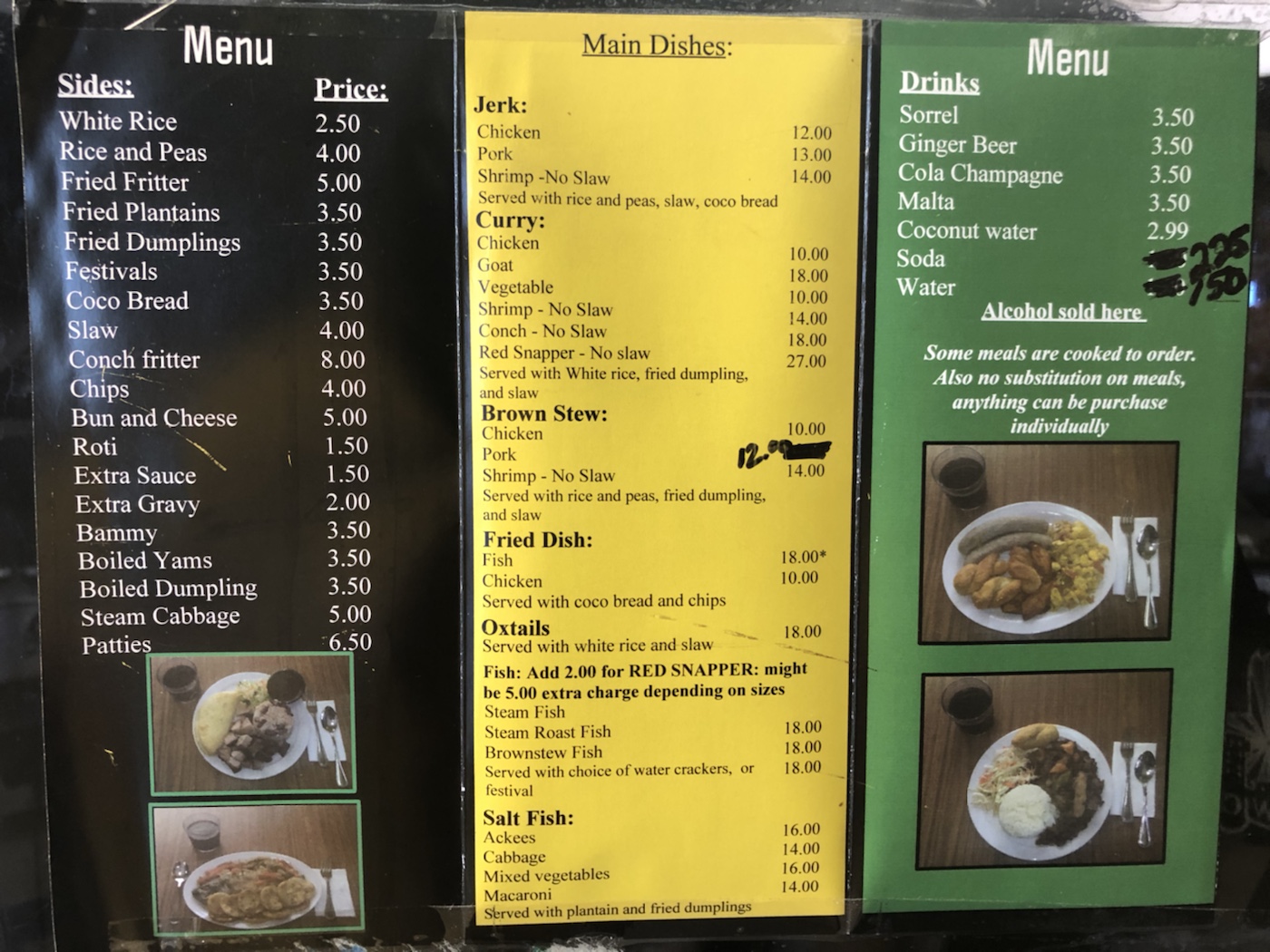 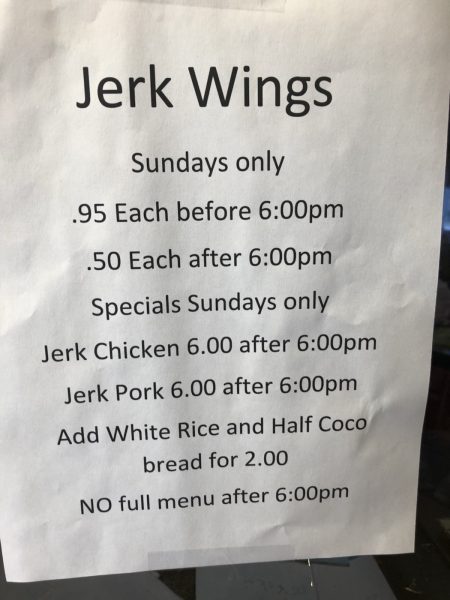