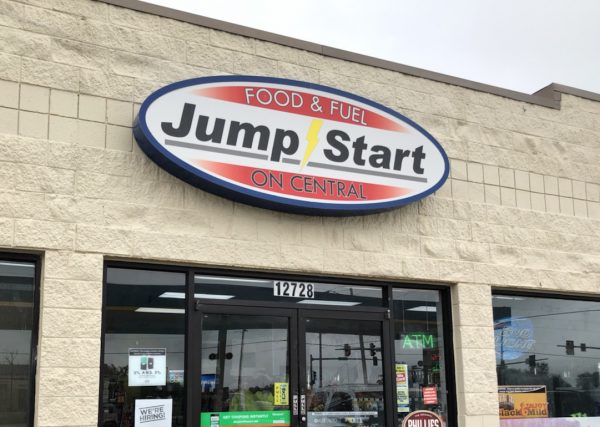 Let’s talk about Chebaro Mediterranean Grill. It’s not a restaurant you would ever see while driving down the road. That’s because it’s hidden inside a little gas station at 127th and Central. The gas station is called Jump Start and they are home to one of the little gems that I hope can gain some much deserved buzz around town.

When you step inside the gas station, you’ll see a little set up right next to the cashier. 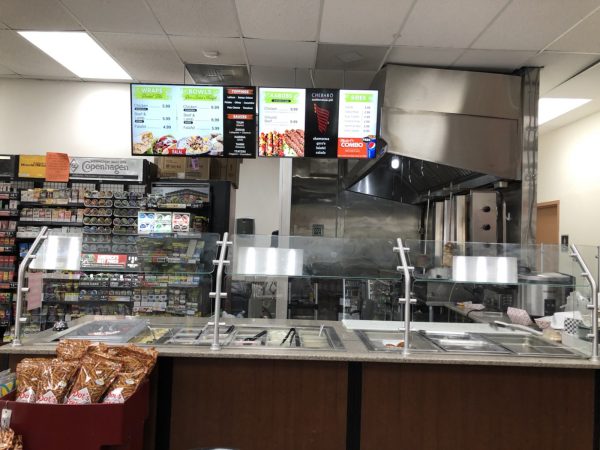 I walked up to the counter and they had a spread of different sides along with chicken and beef sitting on a spit just waiting to be cut. 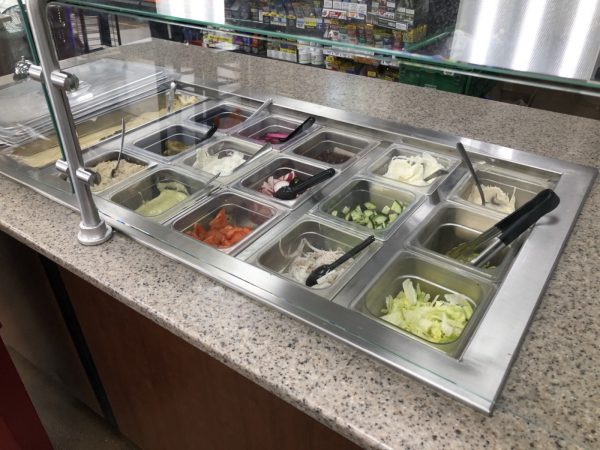 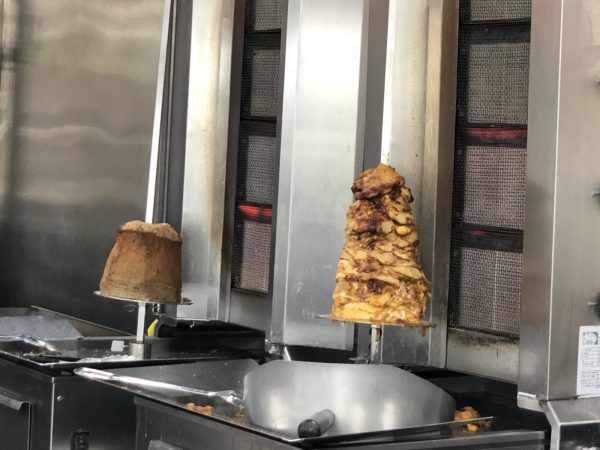 I didn’t know what to order and the gentleman who I assume was the head cook or possibly even the owner gave me a sample of both the lamb and chicken to try. After the very first bite, I went with the lamb bowl.

For $6.99, I received all of this and a drink. The lamb was nearly falling out of my container. There was so much lamb I was wondering where my rice was. With that, I also had a single piece of falafel which went great with one of their many sauces. 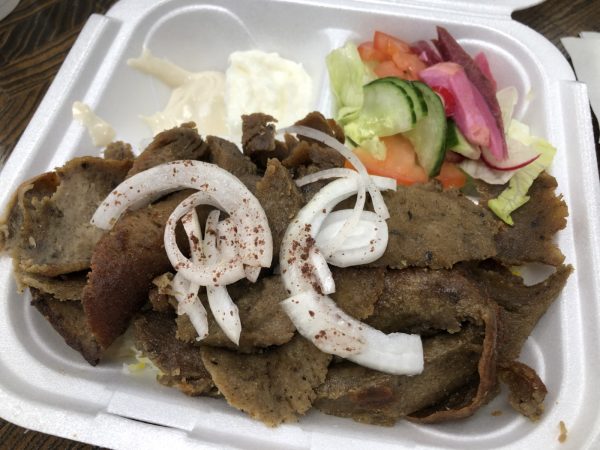 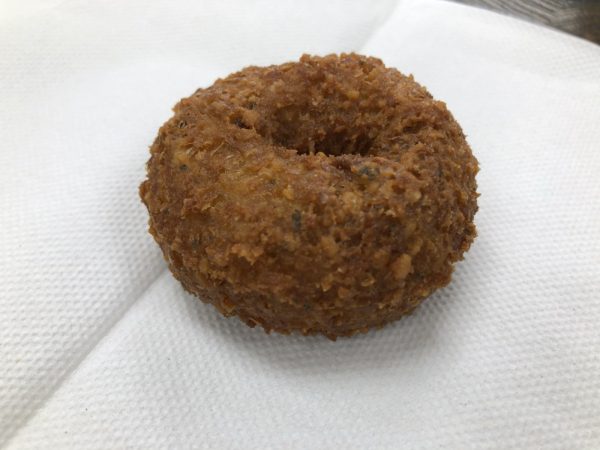 Jump Start had a couple tables inside so I ate there. The amount of food for $6.99 was probably too much for lunch. A smart person would have taken part of it home for leftovers but good decisions has never been my thing. The choice to go here was more luck because I was in the area.

The lamb was delicious. The texture was much more firm than chicken and provided a very strong meatier flavor that I loved. It also wasn’t so heavy compared to other meats. Between that and the rice, I was beyond happy with everything. 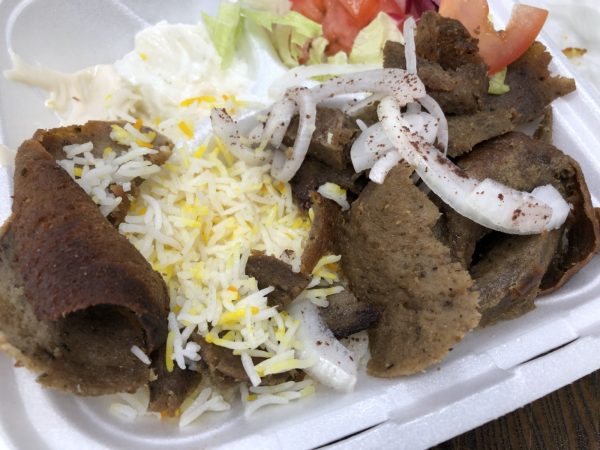 I chatted up the people working there and it looks like they recently just revamped the whole area. A while ago, there used to be a similar set up there but Chebaro Mediterranean Grill as it is known now has only been around for around a month. They also said they will soon be adding more to the menu like curry. So I’m going to have to go back for that or even the gyro.

There was a steady flow of traffic coming in for food so it looks like word is slowly beginning to spread. I can only hope this helps even more.

The people were so friendly there and constantly cleaning which was a great sign because some people may be turned off by food inside a gas station. That wasn’t a concern here. With all that and affordable price and delicious food, it’s a big thumbs up from me.

Here was the menu: 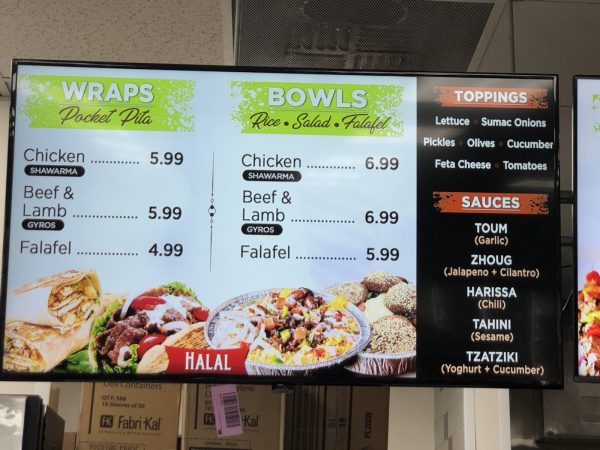 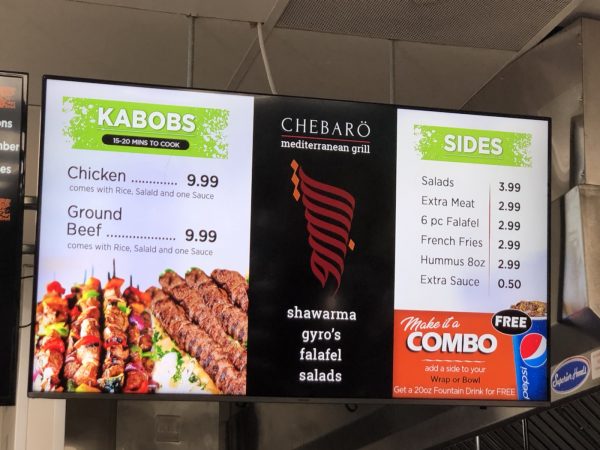