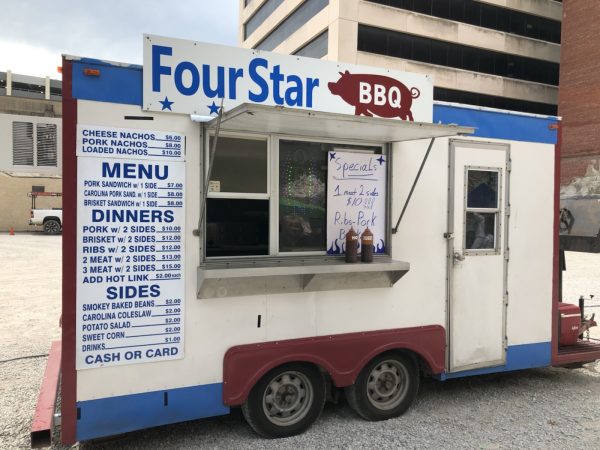 My trips to ICT Pop-Up Urban Park continued with a stop to Four Star BBQ. They are one of the newer BBQ trucks that have started to make their ways around Wichita. It was a beautiful day out so I was ready to grub on what I hope would be a four star meal.

Starting off with the sides, they were both fantastic. Portion sizes were a little small but they were big on flavor. The smoked baked beans had a nice smokey kick to it that was rich and hearty. It was a great start to the meal.

The hot links were a little lukewarm and didn’t have much going on with it. Fortunately their BBQ sauces were available to give it that spice it needed. Honestly, nothing to rave about with the hot links but I was more focused on the ribs.

The main course I was back and forth on. There were things I liked and disliked about it. Whatever seasoning they used was great, it gave the ribs a very distinct flavor I liked. The amount of meat on the bone was also nice; one order from Four Star BBQ would leave you more than satisfied. The main dislike I had was how dry it all was. I’m not going to say it had a dryness as if it had been sitting out for a while but it just needed lots of sauce to give it some moisture. But aside from that, the flavor was there. 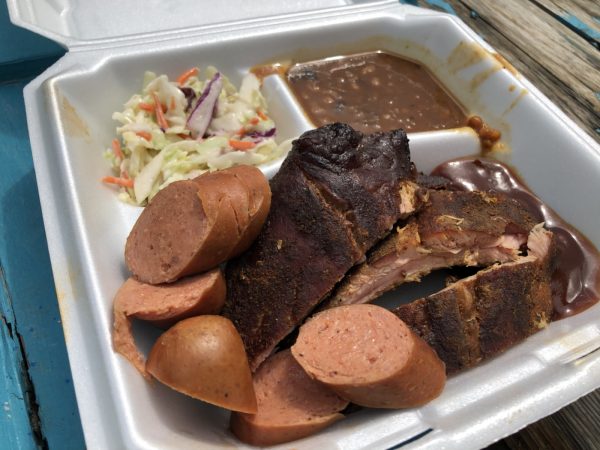 Final verdict on the truck? Given their name is Four Star BBQ, I’d probably give them three stars (out of four). 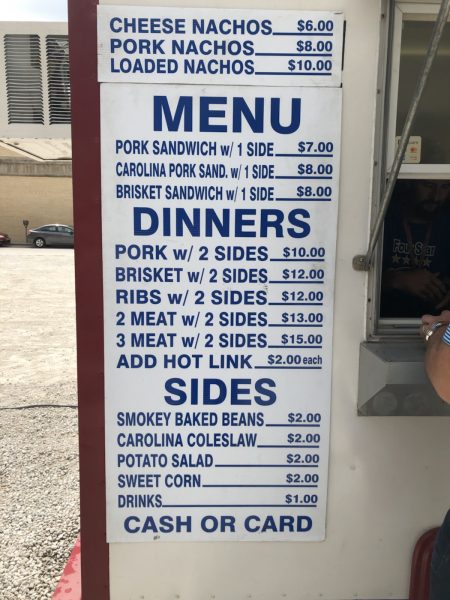