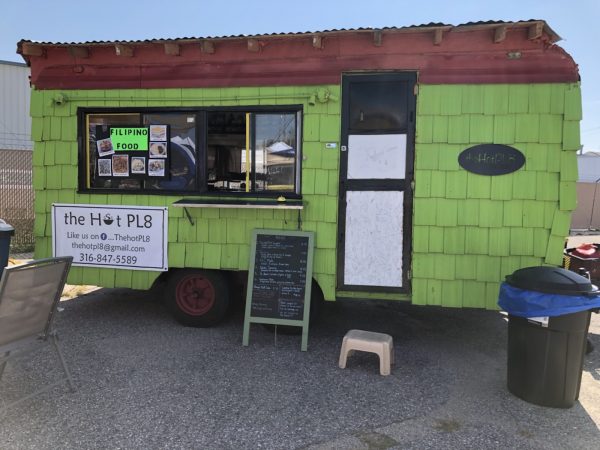 With the closing of The Kamayan Truck, there’s been a shortage of Filipino food outside of some of the lumpia options in town. But a new food truck opened earlier this year called the Hot Pl8. They’ve slowly been making their way out to food truck events around town.

For starters, I loved the history section on their Facebook page which gave some background and perspective on their culture and food.

The history of Filipino food is rooted in Spanish influence, when the Philippines was a territory of Spain. However, the Asian influence is simultaneously present with the flavors of vinegar and soy sauce, for example. The Philippines was invaded and occupied by Japan during WWII. Consequently, this created a culinary fusion. For example, bistec is short for bisteca, which is Spanish for meat. This entrée is made of roast, but it’s marinated in soy sauce and garlic, then slowly cooked, complimented by grilled onions. Picadillo, on the other hand, is a Cuban dish (Spanish influence). However, with our version, Filipinos transcend Picadillo by adding 2 different ingredients and serving it over rice. Even our language has many Spanish words. Most of my menu items you will find on the streets of the Philippines these days because modern cooking techniques make it possible.

They were out at Second Saturdays at the Workroom which was perfect given the weekend’s weather.

On my visit, I went with The Hot Pl8 Sampler. It included fried rice, mac salad, pancit, Asian slaw and 2 lumpia. It cost $8.75 and here’s what all I received: 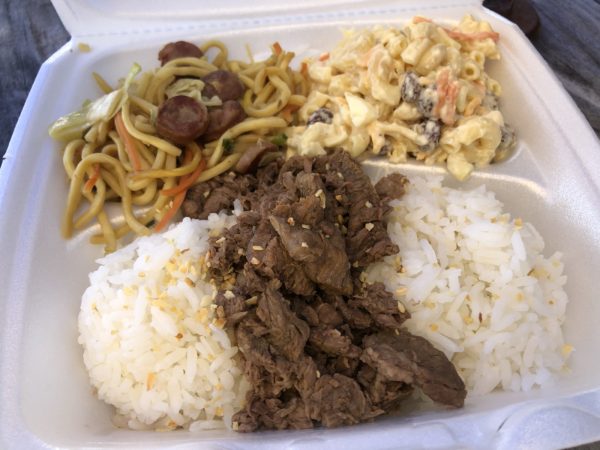 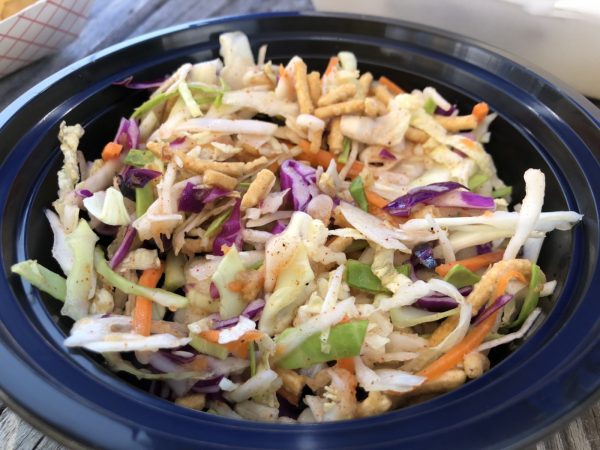 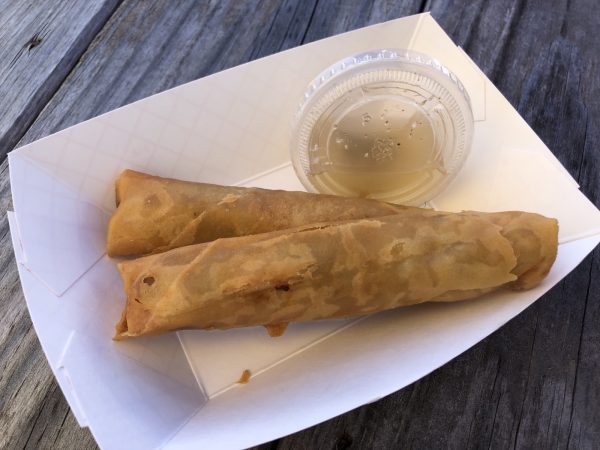 That was an unbelievable value. That much food for that price at a food truck is a rarity. To make the visit even more memorable was how delicious my meal was. I started off with the lumpia which had a nice little crispy shell similar to a Vietnamese style eggroll… just how I like it. Inside was little chunks of meat. My choice of dipping sauce was the garlic & vinegar which gave it a bright acidic spark. Just another one of the delicious lumpia options around Wichita.

Next up was the Asian slaw which was dressed in a pineapple vinaigrette. It was light and refreshing. It came in a huge bowl that was much more than I could handle.

Lastly was my plate of bistec (meat) over a bed of rice, mac salad and pancit (pronounced pan-sit) which were basically noodles. The mac salad reminded me of a dish you would find at a Hawaiian restaurant. I still loved the flavor of it. The noodles weren’t so salty even after me dousing it with soy sauce. My only minor gripe was the bistec and rice could have used some soy sauce or something. But aside from that, I dug it all but couldn’t even finish it. There was a ton of food for just $8.75, worth splitting with someone if you have smaller appetites.

One of the reasons, I couldn’t finish it was because I also ordered some dessert. I’ve never heard of Mango Fluff Cake and they had some available which I ate in between my multiple mini-dishes.

I was told it was homemade and not commercially purchased. I’ve never had anything like it. There was so much going on. It had little mango chunks inside little layers that reminded me of baklava and some sort of ice cream mixed in the middle. It had the texture of a soft piece of baklava as I was cutting into it but creamy as I took a bite. So hard to explain but so worth the $2.50 I spent. 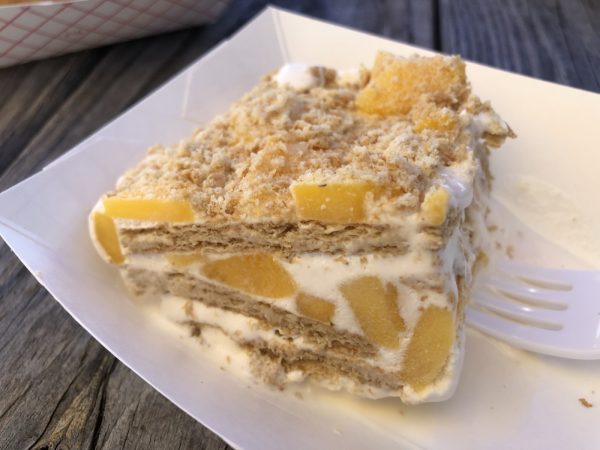 LOVED my visit at The Hot Pl8. They really hit me as a customer from all angles. The value was incredible, the prices were more than fair. I would have paid $12-15 for a meal like that not including the dessert. They were nice and even brought my food to me after realizing I only had one free hand as my daughter accompanied me on the stop.

I’ll be raving about this new food truck for a while so be prepared. (To answer any haters. No, I don’t know the truck owners nor did they know who I was.)

One of the nice parts about The Hot Pl8 was that they had pictures to go along with their food. I think sometimes people may have hesitations about ordering ethnic food they have never heard or unsure what it looks like. 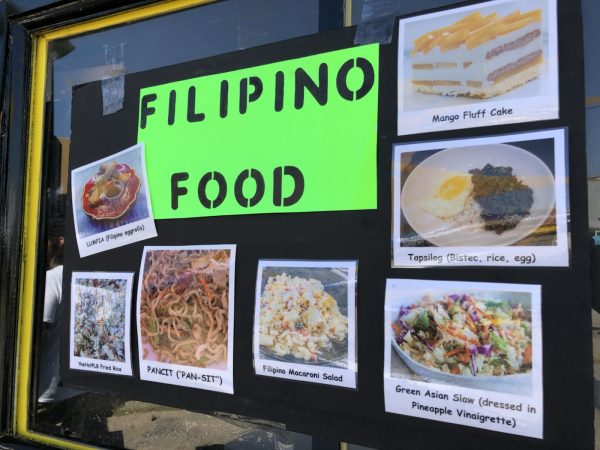 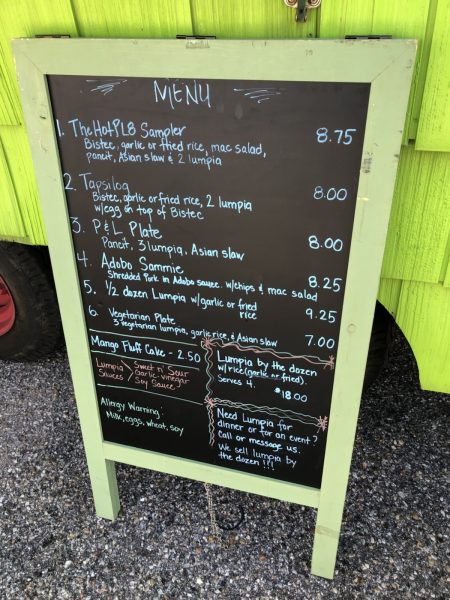