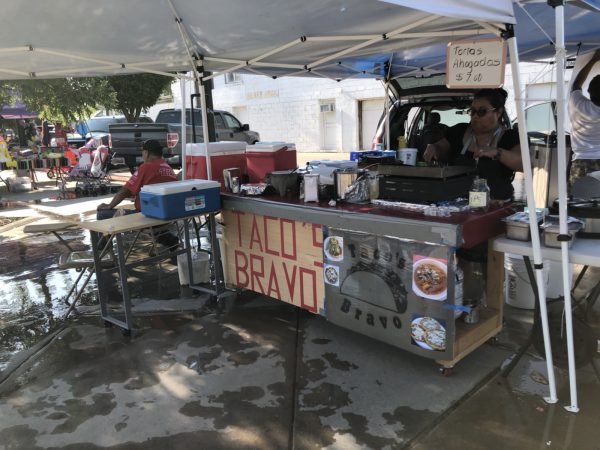 More taco fun can be head at Mercadito Hispano Nomar, the Hispanic market held at NoMar International Market at the northwest corner of 21st and Broadway. The most recent visit introduced me to Taco’s Bravo. They are a cash only vendor at the market with no phone number or social media presence I could find.

On my arrival, all they had were picaditas and tacos. They told me sometimes they also have menudo when it is not scorching hot out.

Considering everything was two dollars, I had some picaditas and tacos. If you’re unfamiliar with a picadita, imagine a sope. From what I was told, the makeup of it is essentially the same. It just mattered on the region the people were from and what it was called and exactly how it was made.

I had the basic meats they had on hand like carne asada and al pastor. I arrived about thirty minutes before the market was closing and it appeared as though some of the meat had been sitting around and just placed on the grill to warm up. Everything in my meal was really dry. From being visually unappealing to tasting the same, I just wasn’t impressed with Taco’s Bravo compared to other vendors there. Perhaps getting there 30 minutes before close wasn’t ideal but I would have rather them tell me not to order food. 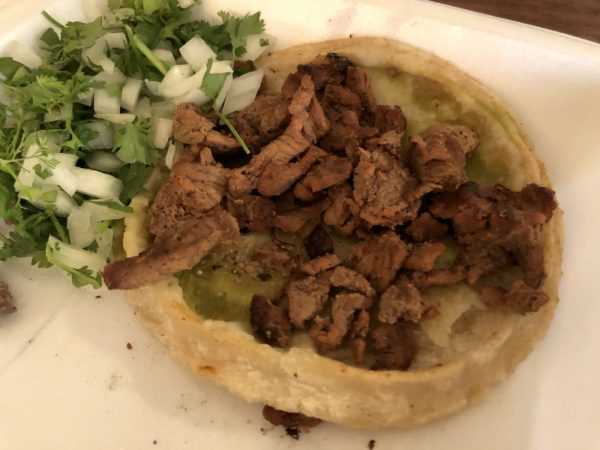 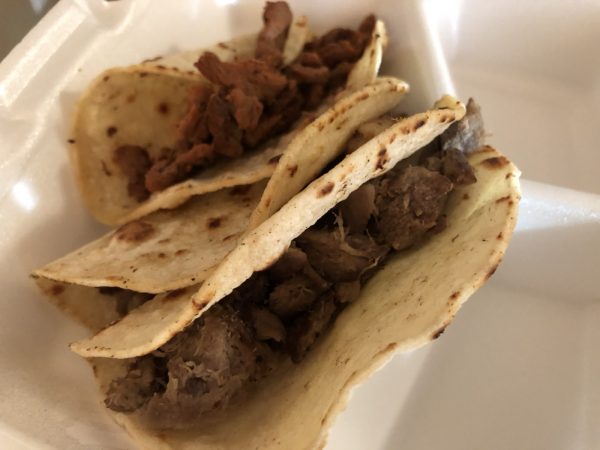 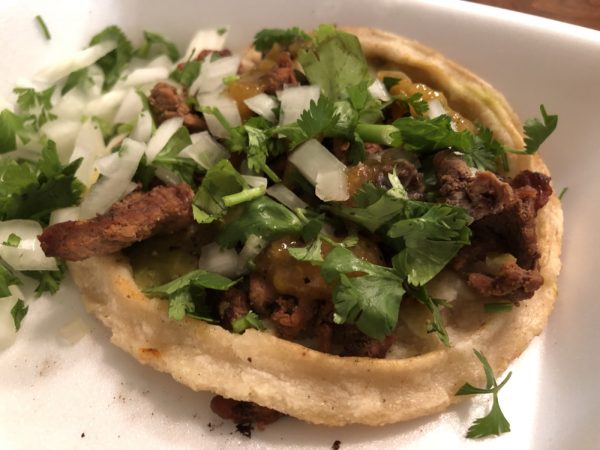 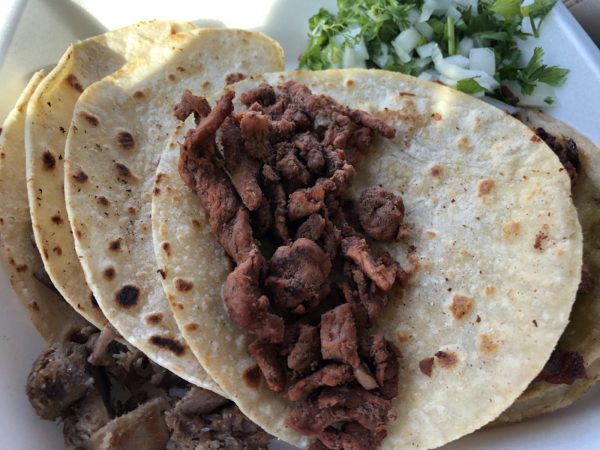 With so many other vendors at the market, I’d be hard pressed to give them another shot when there are other options available.