There’s a Facebook page I’ve been following for quite some time by a gentleman who advertises himself as Countryboy tastellc.

He looks to be a home based business that will occasionally do pop ups along with delivery. The pictures have been good enough that its caught my eye and attention. There’s been a seafood potato that I’ve been wanting for some time so I decided one day to give in.

Countryboy tastellc wasn’t set up anywhere but he was advertising pickup at QuikTrip. I made the call and was told to arrive in twenty minutes which I did. Let’s say punctuality wasn’t a strong suit. My meal didn’t arrive until 29 minutes after I was told to be there. I was REALLY close to leaving but for some reason stayed.

The seafood potato came with some corn and cost me $15 and from the aroma alone, I was looking forward to getting home to eat it. 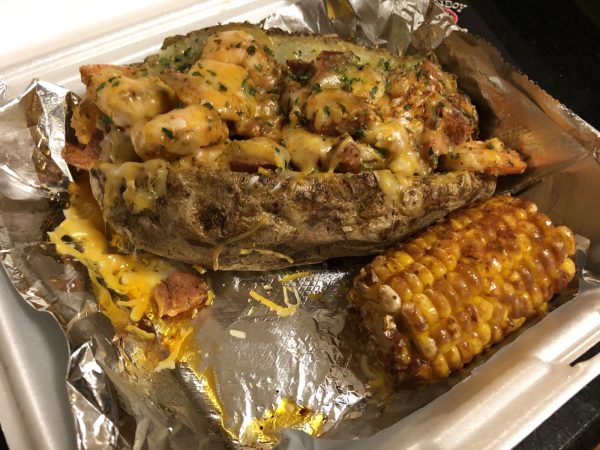 All things considered, the food was delicious. By no means was the potato puny. It was nearly the length of a to go container and full of sausage and shrimp. It was not a meal that would leave anybody hungry. Both the corn and the potato were also drenched in some sort of Cajun/creole seasoning that I really enjoyed. While it wasn’t spicy, it was still packed full of flavor. After having seen plenty of pictures of it floating online, I’m glad I finally got one. 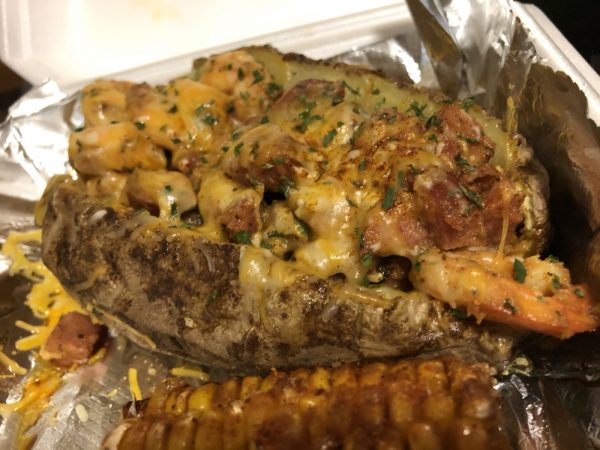 To be honest, I’m torn because I wasn’t exactly happy with the amount of time it took. It was over 50 minutes from the time ordered to the time it was in my hand. That wouldn’t be acceptable at a restaurant or a food truck. That’s something to keep in mind if you’re ordering food from a home-based business I suppose. On the flip side, the food was fantastic.

For more information on Countryboy tastellc, check out their Facebook page.