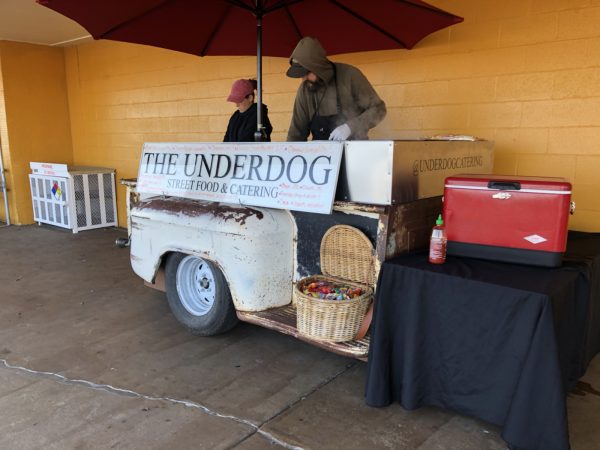 The weather is still just warm enough to frequent food stands around town and one that is relatively new to the city is The Underdog Street Food & Catering. They used to be known as The Crop Cart but recently made the name change.

The mobile food stand is parked out at Westway Shopping Center on the weekends. I was told they will start roughly around 10:20am and stay until 2pm depending on how busy they are.

Their menu consists mostly of street foods that are for the most part easy to eat on the go. I was tipped off on the new stand by reader, Matt Graham. Seeing as how I just had lunch not long before I headed out here, I kept my order simple….. two hot dogs. At least I thought it would be simple.

I had their Chicago dog and the Wichita dog which was a hot dog with pulled pork, grilled onions, cheese, pickles and mama’s sauce (some sort of spicy mayo). The hot dogs were huge.

When the hot dogs were done, I managed to eat most of my Chicago Dog before getting back into my car. It was a simple yet delicious Chicago Dog that filled me up immediately especially considering I just had lunch. Upon getting home, I was only able to finish half of my Wichita dog. I enjoyed the pulled pork but probably would have went with some sort of BBQ sauce over the top instead of the mayo. 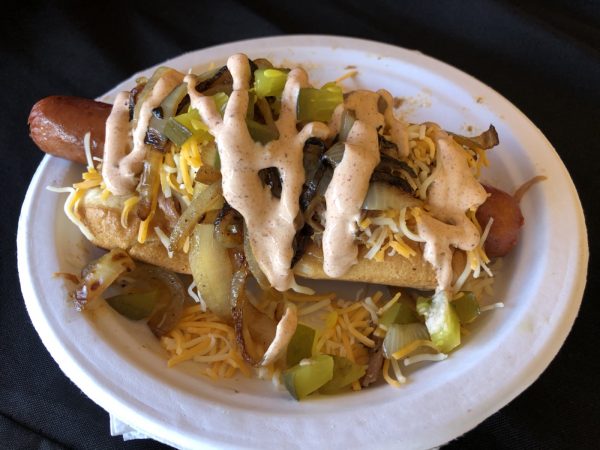 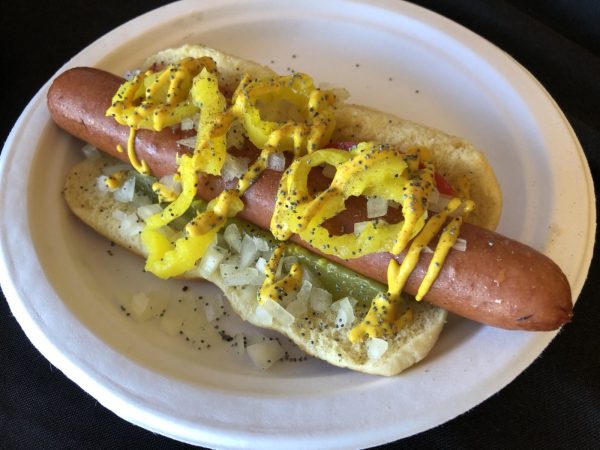 Hot dogs are one of those foods people either really like or hate. I’m a huge fan of them. They are hard to mess up (even though some places do) but at the same time hard to really stand out among the competition. If they are around, I’ll rarely ever pass up on a hot dog. If you’re in the area, it’s worth a try.

For what it’s worth though, I was told their quesadillas were excellent so perhaps that is worth a trip back to try one of their other dishes. So don’t think of them simply as a hot dog cart, they also have burgers and quesadillas as well as other foods. 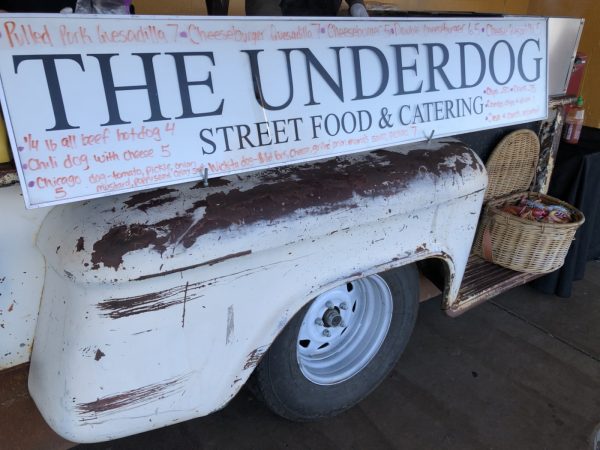