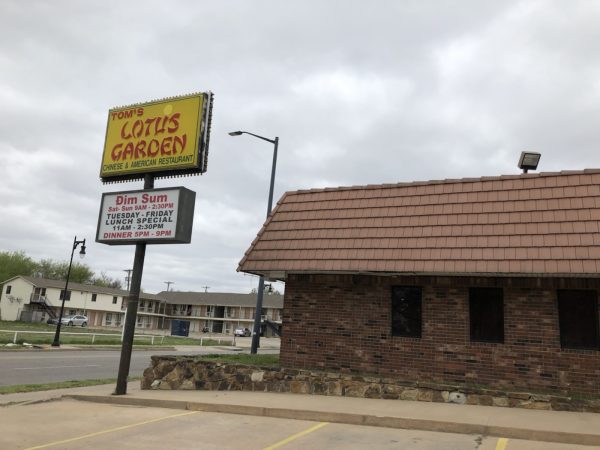 Years ago, friends and I would frequent Tom’s Lotus Garden. They had a daily lunch buffet that many friends that worked in the downtown area would gather at least a couple of times a month. Since then the lunch buffet has gone away but they still have their Dim Sum on the weekend.

Given that it’s been many years since I last swung by the Lotus garden, i figured now was a good a time as ever to finally see what their lunch menu was like.

Some friends and I met for lunch and the place was dead. It was sad to see what was one a bustling Chinese restaurant start to show some age during the weekday. I certainly hope their Dim Sum Brunch draws a better crowd.

Most of us stuck with the lunch specials. For only $6.26, it included an eggroll, soup and choice of rice. We tried such dishes as the Moo Goo Gai Pan, Kung Pao Beef, and Beef Broccoli. Here’s some snapshots of our entrees. 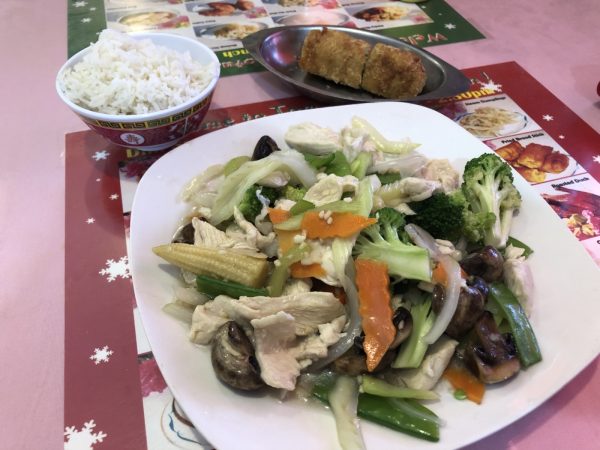 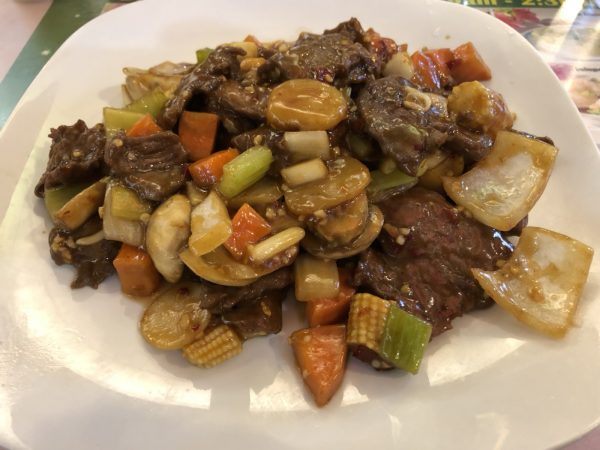 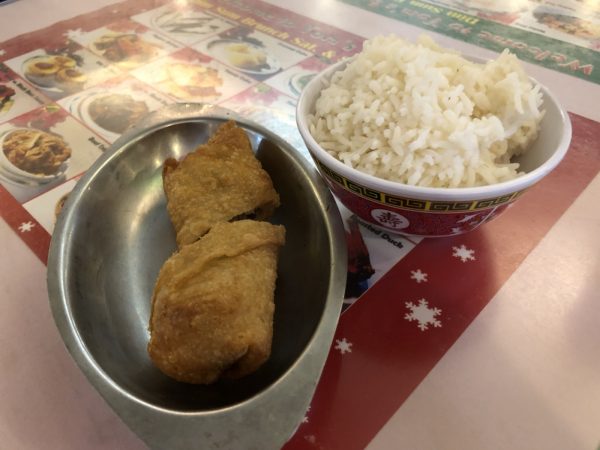 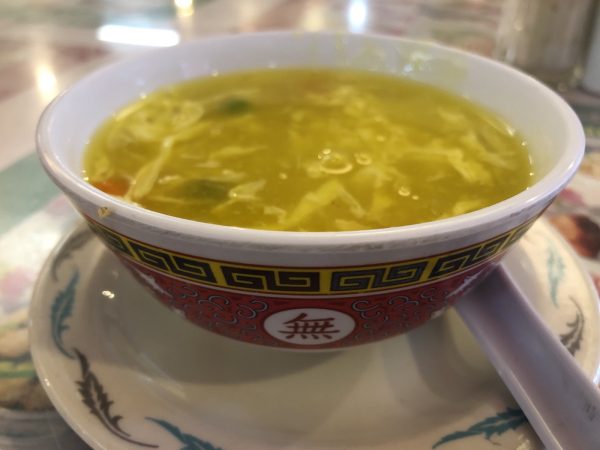 The sides were probably average at best. For starters, it’s hard to wow most people with eggdrop soup or steamed rice. Their eggroll was of the larger Chinese variety with nothing standing out there. It was all very basic.

As for our main entrees, they were much better. While none of us would put them on par with places like Ming’s or Magic Wok, it was all still satisfying although not too memorable. The beef in particular was on the tough side and the Moo Goo Gai Pan was a little dry. I’m not sure if it was just us but Tom’s Lotus Garden seemed to have lost a step from the daily menu side of things. If we were putting Chinese restaurants into tiers, I would put them in a tier two scale.

On the service side, they were great. I chatted with one of the owners at great length and just felt bad as I was eating the food. She would tell us stories about how packed the place used to be when they were one of the few options for Chinese food downtown. Honestly, I would go again strictly just to support the owners. I could tell they’ve put in a lot of time and effort in running the restaurant. While I couldn’t rave about the food, I would rave about the people who work there. 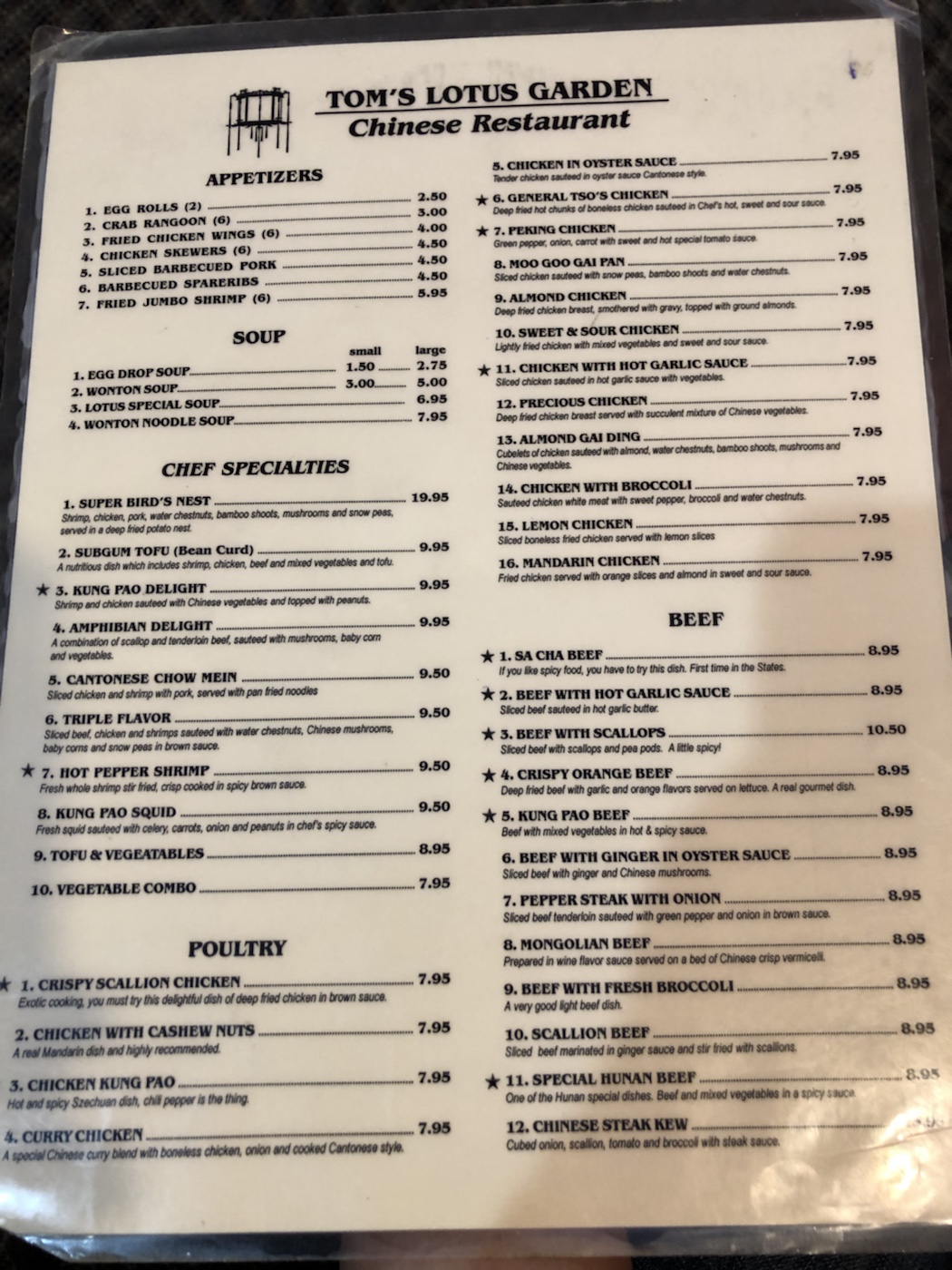 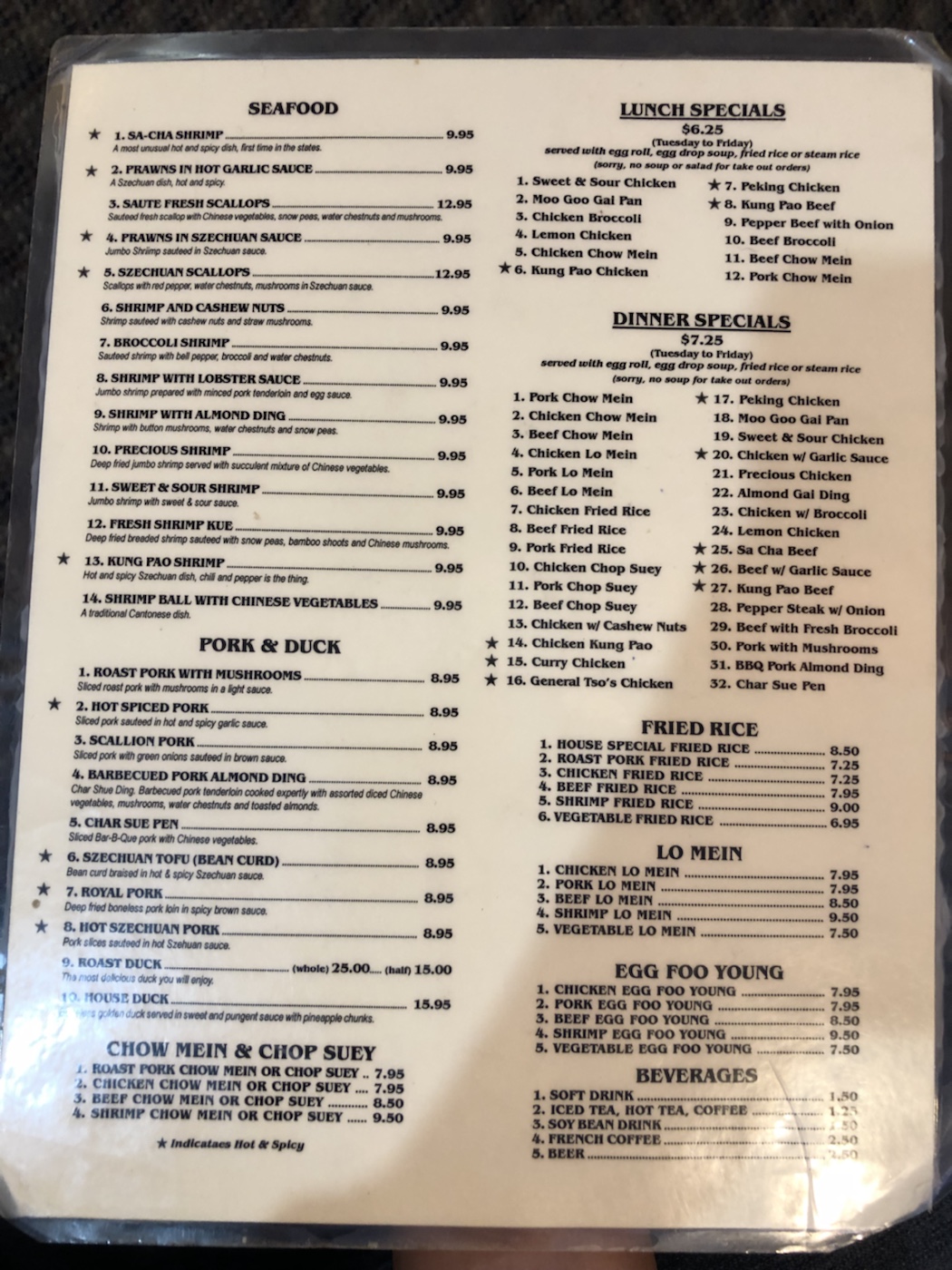 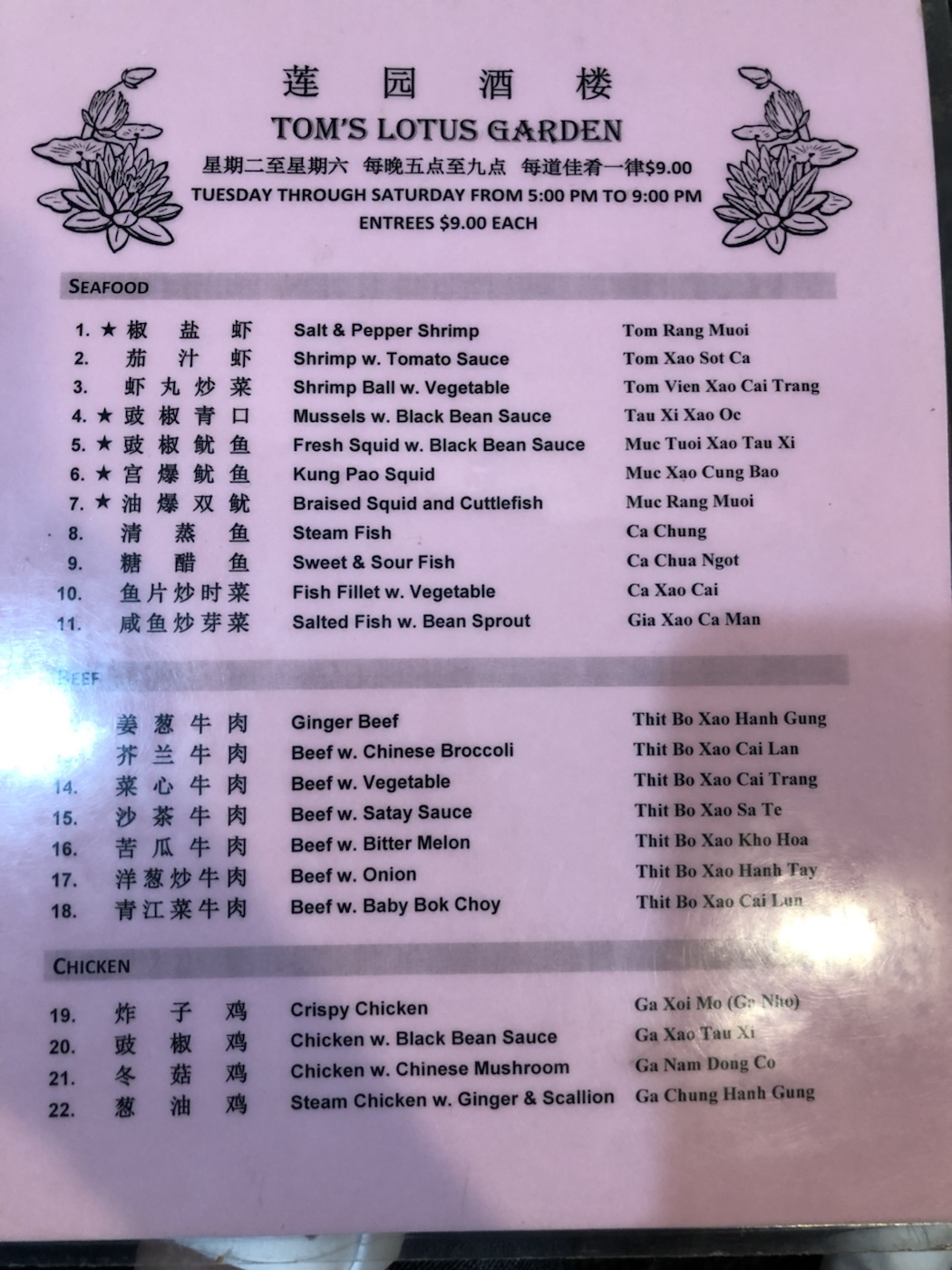 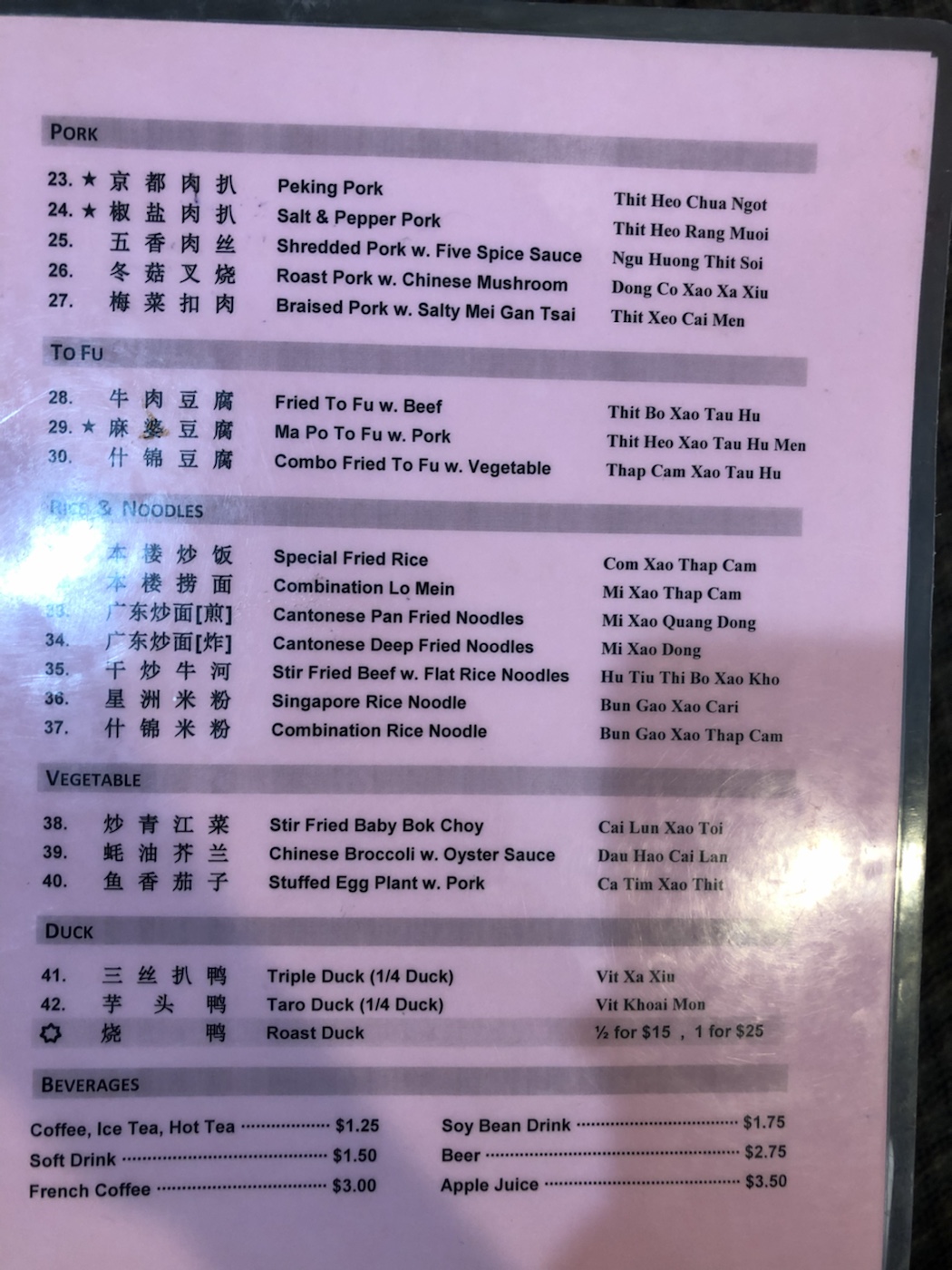