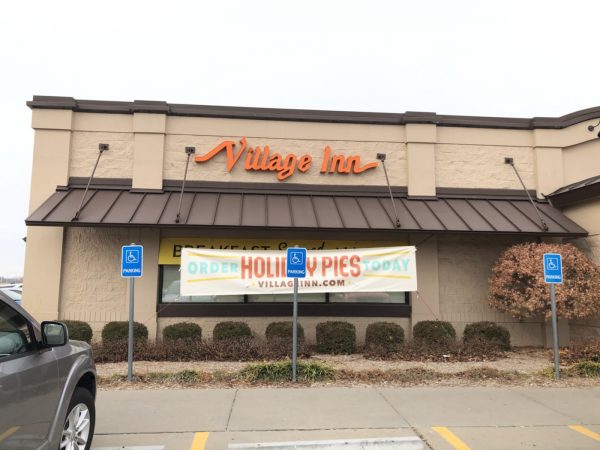 Started in 1959 in Denver, CO, Village Inn is a casual breakfast restaurant chain with over 200 locations in the United States. Also, popular is their selection of pies. There are three locations in southeast, southwest and northwest Wichita along with one in Derby.

For the purposes of this review, we stopped by their 3535 S Meridian location which is located right by the South YMCA.

The restaurant was packed during our visit with a short 5-10 minute wait for tables.

Once we were seated, a server came by to quickly get us our drinks. Throughout the course of breakfast, she was on top of everything as well as covering multiple other tables. She really did a great job and was friendly as well.

For breakfast, we had the Ultimate Skillet which came with two buttermilk pancakes, the Strawberry Crêpes combo and an order of biscuits & gravy.

Continuing on with the theme of service, our food came out promptly. The kitchen seemed to do a great job of churning out order after order given how busy they were.

Starting off with the breakfast skillet, it was actually pretty good. It was almost like one of those dump dishes with everything thrown into a plate which worked out quite well. We were surprised with how good it was. There was a great balance of flavors with nothing overtaking the other. It was basically a good hearty breakfast that had a bit of everything. There was nothing too special about the pancakes but at least they served it with warm syrup which is always a necessity according to my girlfriend.

The Strawberry Crêpes combo was probably average at best. I really like my crêpes to be light and airy which these were not. They were more dense and thicker; almost similar to a flour tortilla. The strawberry glaze was nice and sweet but I also would have preferred some more strawberries. I really don’t care about my food mixing but the taste of the strawberry glaze mixed in with my hashbrowns threw me for a loop. Definitely an odd combo I wasn’t used to. The biscuits were soft and warm but the gravy was a little on the bland side. It tasted like one of those ‘just add water’ types of gravy. 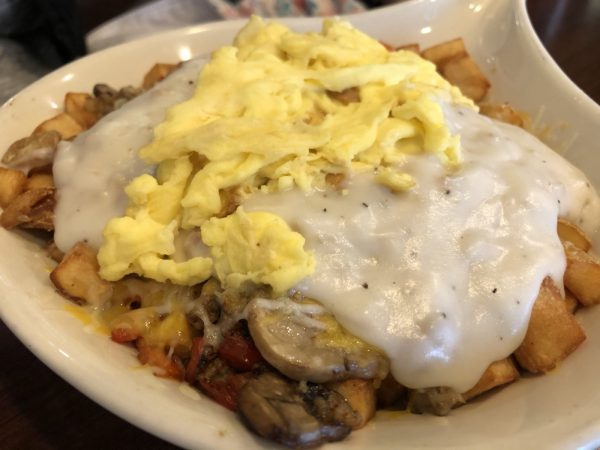 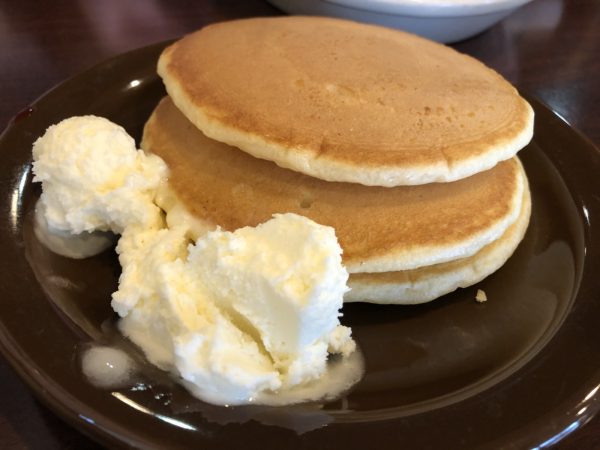 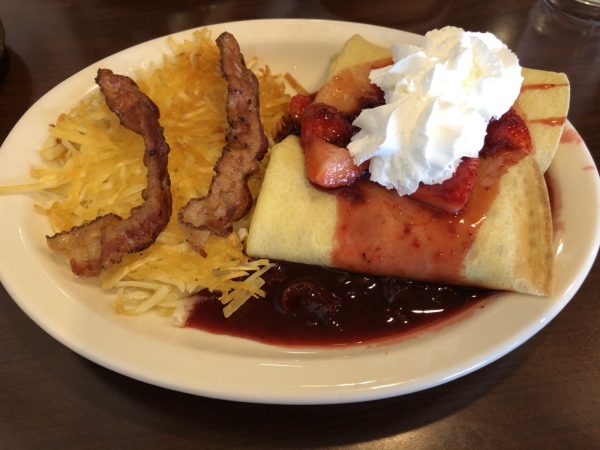 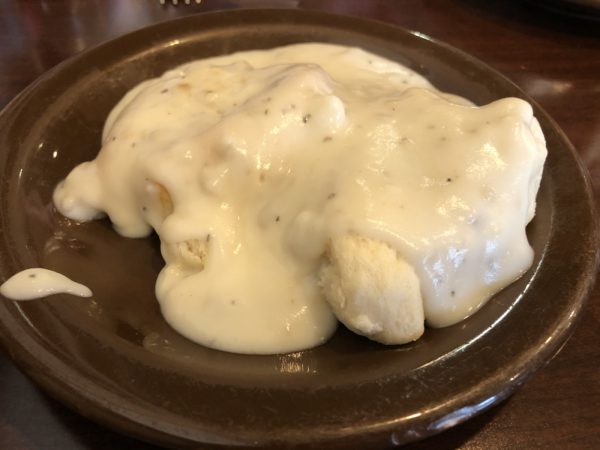 Overall Village Inn had a mix of opinions for us. Like many breakfast establishments, it really depends on what you order. At the very least, the service was fantastic.

We didn’t order any pies but I can already tell you that I probably had 5-10 pies from there over the holidays at various events. They aren’t half-bad and super convenient if you’re on the go looking for a quick dessert to bring somewhere. Plus they have Free Pie Wednesday where you get a free slice of pie with a dine-in entrée purchase.

Are there better breakfast options in Wichita? 100% but Village Inn isn’t the worst choice you could make either.