There are different eras in Shocker history and the current one we are all witnessing is the Marshall Era which started in 2007 when Gregg Marshall became head coach.

Coach Marshall’s first full recruiting class included one of my top five favorite players in this particular era. Of course by now, you know it’s Toure Murry and I had the opportunity to interview him here on the blog.

He’s one of the handful of Marshall Era Shockers to make it in the NBA. This upcoming season will mark the ten year anniversary of the NIT Championship team Murry was a part of. He’s also a 2-time NBA D-League (now G League) champion, a member of the Missouri Valley All-Freshman and All-Newcomer team, and a 2-time MVC All-Defensive team.

Toure filled the stat sheet during his four-year career at Wichita State where he played in a whopping 139 games and started in a record 130 games. He’s a 1,000 point career scorer with 1,539 points, Top 30 in career rebounds, Top 15 in career field goals made and 3-pointers made, second all-time in assists behind Fred VanVleet, and third all-time in steals.

He was the true iron man of Wichita State lore playing more minutes than any other Shocker and never missing a single game in his career.

… and two big buzzer beaters…. three if you count a free throw during the NIT run. So with all that, I welcome Toure Murry to the blog.

Toure Murry: Hello, my name is Toure Khalid-Murry. I am originally from Houston, Texas. I have two older brothers. Both who played Division 1 basketball at Temple University and Texas Southern University. I also have one younger sister who attended Texas A&M and received her masters at Lamar University. I have great parents that are from Pine Bluff, Arkansas.

Eddy: What was it like growing up in the Murry household?

Murry: I grew up very hard nose with my brothers; very competitive with my father being the leader and my mother being the compassionate one out the family. My mother was strong on me for academics. So growing up, I knew I needed to graduate and finish school. That was important to my mom to finish school. I finished up a great college degree at Wichita State University and also had great 4 year career in basketball under the Marshall era between 2008-12. We did tremendous things such as first NCAA bid under the Marshall era, first national championship in school history with the NIT in 2011.

Eddy: Certainly some accolades and accomplishments that will never be forgotten. You graduated from Wichita State in 2012, where did your career take you after that?

Murry: Since I graduated from college, my road has been striving towards my dreams of playing in the NBA and playing in Europe. I spent 2 years in the NBA with the New York Knicks, Utah Jazz, and Washington Wizards between 2013-2016. I also had some experience in the D-league now named “G-league”; as well as experience internationally from 2017-2020 in Turkey, Germany, Portugal, Italy, Greece, Bosnia. I have been playing a total of 8 years of professional basketball. 2012-2020 and so on….. 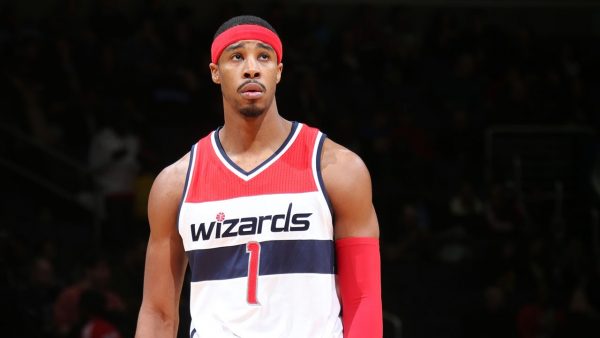 Eddy: You were recently back in Wichita last summer for the TBT Tournament but unable to play. What was it like returning back?

Murry: I love Wichita so much. It was so great to see the beloved Shocker fans supporting the alumni team. The Wichita fans embraced from my time the moment I stepped foot on campus. Its been nothing but genuine love and support. To see the support 7 years removed from Wichita state, the fans still know my name, and little kids come up to me for autographs. It really brings me such joy. So thank you to all Shocker fans across the world.

Eddy: If it’s anything the fans respect, it’s a player who gave it their all. And you certainly did that from your outstanding freshman year all the way to the moment you played your last minute. Are there three particular moments during your career at Wichita that sticks out the most?

Murry: My three favorite moments included my freshman year scoring a game winning shot against Missouri State. I also had a game high of 23 points. So I was happy to play well and win the game for my team.

Eddy: That game was also freshman record for most points under the Marshall Era.

Murry: Next I would say winning the NIT championship against Alabama in Madison Square Garden. That was a special group of guys. We worked so hard that year and we were disappointed to not make the big dance. But we went in with a great attitude for that NiT tourney and took over; took no prisoners. That refuse to lose attitude and play angry came alive during those times. We are forever engraved into history with that. So that’s very special to me.

Eddy: What an amazing moment that was. I was actually up there for the games and ranks up there as one of the best Shockers trips I’ve ever been on.

Murry: And last but not least, I would say senior night. So many memories inside Koch from my freshman year until my senior year. It was bitter sweet. So many ups and down, blood, sweat, and tears on the court. The fans really sent me off in a beautiful way. A memory i will never forget. Fun fact: my mother sang the national anthem in front of 10,500 people that night also. Lol so I was pumped from the beginning. And I also had a great game of course.

Eddy: For me two games stick out for me. You had two performances that often get overlooked. One was against UConn in the Maui Invitational in 2010. That game kind of kicked off the growing story of Kemba Walker who is one of the league’s top guards. But you nearly led us to the victory and held your own against one of the best. The second game was against Washington State in the NIT. Back then Klay Thompson was viewed as a lottery pick and you held him to a season low 6 points. 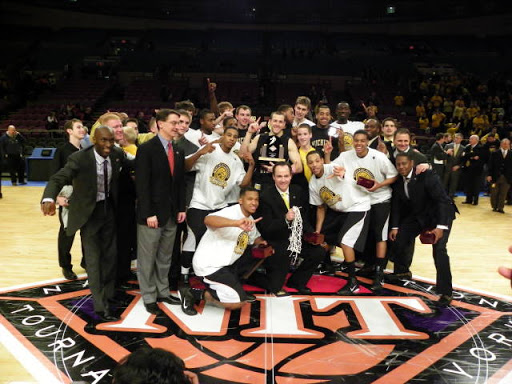 It was amazing to watch your growth at Wichita State under Coach Marshall. What was it like playing for him?

Murry: Playing for Coach Marshall was the best thing to happen for my career. He was a straight-shooter, hard nose kind of coach that demanded a lot from a 172-pound freshman from Houston. He made me raise my game, my focus and I quickly became a man early in my career. He saw my talent and believed in me more than I saw in my self sometimes. So I love Coach for that. He showed me tough love and I overcame and had a successful pro career. He is loved by so many and hated by few. Love or hate his style of coaching, one thing that man does is win. Marshall brings wins to the program. However he has to get the job done. He gets it done.

Eddy: And I know he was extremely proud of you. One memory that sticks out was your first year with the Knicks. That May at his annual auction fundraiser, he proudly wore your jersey all throughout the night.

Murry: Much respect to a guy like that. We had two things in common. Both hardworkers and we both love to win.

Eddy: So let’s fast-forward. Every kid who picked up a basketball had a dream of playing in the NBA. You’re in the less than 1% of the world’s population to have that be a reality. The first time you played in an NBA game, what was going through your mind?

Murry: My biggest accomplishment and life achievement is making the NBA. I am forever grateful for the opportunity to even touch a court, or better yet compete with some of the most respected, Hall of Fame players this game has to offer. I loved every moment and never took a day for granted. My hardwork and perseverance got me to top. Playing inside the Madison Square Garden night in and out was unfathomable and mind blowing to me. I grew up watching the NBA so much. So for me to be playing it was a dream come true. 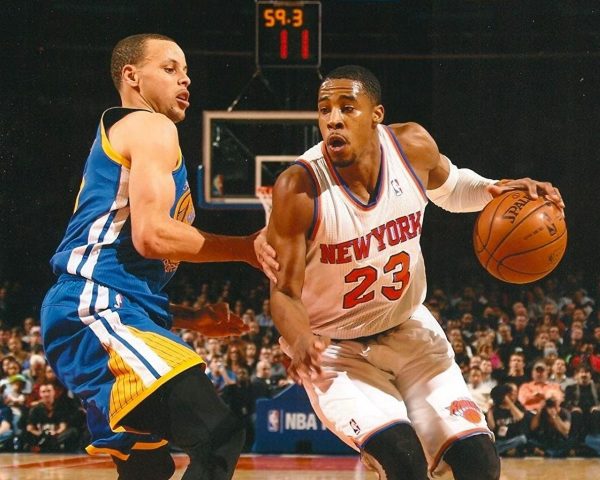 Eddy: You were fortunate to play in games with and against many of the league’s biggest stars, and as you put it Hall of Famers. The list goes on Kevin Durant, Russell Westbrook, Steph Curry, Klay Thompson, did you ever get star struck? Did the nerves ever kick in?

Murry: Truthfully playing against those great players, I wasn’t much so in awe. I was more caught up in the atmosphere of the place. Growing up I really respected Carmelo Anthony’s game. So for him to vouch for me into making the team, that was probably my most awe-inspiring moment in the NBA. 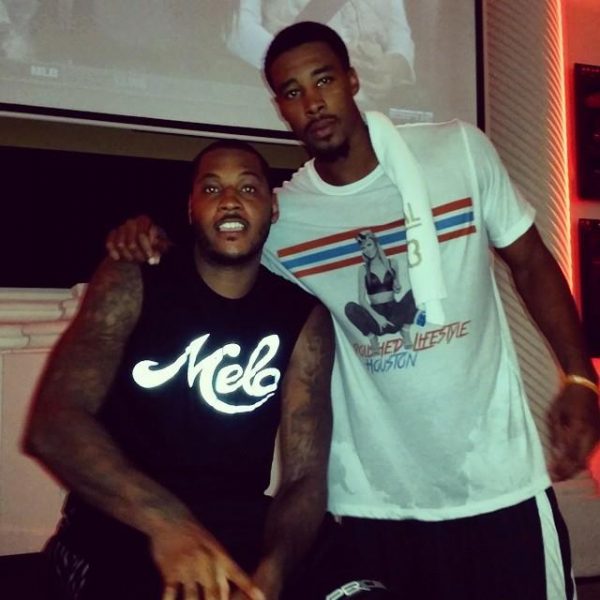 Murry: Sometimes as a society we think of these celebrities and superstars as untouchable. But these are real people and they live a normal life just like the next person. Their bank accounts are just bigger…lol. Melo was a great vet to me and really took me under his wing. He gave me confidence and really told me to just play my game and have fun. So him saying that. I really appreciated that.

Eddy: That’s amazing. And seeing how much love Carmelo received the moment the Blazers signed up this past season is a testament to the respect the players have for him.

The next question is one I always ask everybody including many past Shockers. What are your favorite three restaurants in Wichita?

Eddy: In talking with you earlier, it sounded like you are kind of a “foodie” yourself. What dishes do you love most? What’s your go to meal?

Murry: One of my favorite foods to eat is a well cooked salmon pasta. I had some amazing pasta living in Italy in 2018. So that’s definitely a top for me. I also lately became a big fan of sushi. More on the cooked sushi side preferably.

Eddy: You’ll be in for a treat once you expand to some of the fresh fish sushi dishes and sashimi. So let’s make a deal. When you come back for the TBT, would you be willing to participate in a small restaurant tour? As you know our restaurant industry in Wichita (as in every city) has been struggling. I’m talking about dining at an eclectic mix of local restaurants. I’m sure they’d love the support.

Murry: I would love to join in a restaurant tour . Always fun to try new things. Only thing is I don’t eat pork . Other than that . I am GAME.

Eddy: That’s great, I’ll come up with a list and will see if we can get some of the other Aftershocks to come along. Sushi will be on the list for sure.

So for fans reading this, your next chance to see Toure Murry unless you run into him at one of the local Wichita restaurants will be at the TBT Tournament. July 30-Aug. 2 at Charles Koch Arena

Murry: Thank you for your questions and I had fun reminiscing on the great Shocker memories. Wish I could add more but I will save the rest for my book in the future lol. Much Love to all. 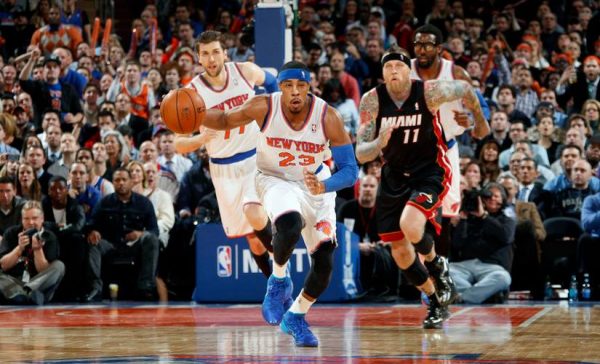 Have something you’d like to share with Wichita By E.B? Please email us as we are always open to suggestions.