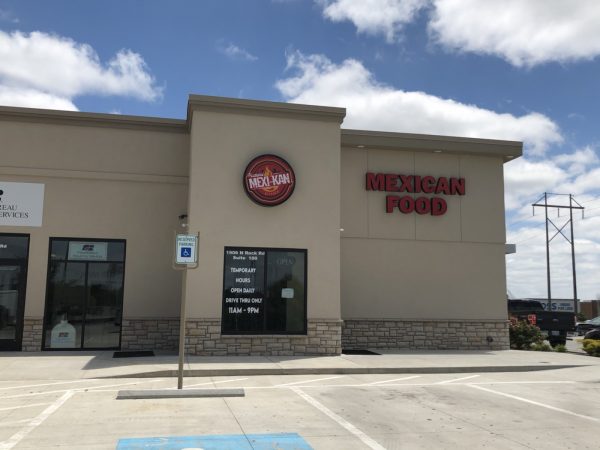 They closed it down to run a brick and mortar location at McConnell Air Force Base and now have a public location on Rock Road in Derby.

Our review consisted of two visits. One with my brother and another consisted a friend of mine.

Between both visits, we ordered their puffy tacos, asada fries, street tacos and regular crunchy/soft tacos. Opinions on the food were generally very positive.

My brother had the asada fries. He really enjoyed the meat mixed in with the fries. It was mixed in all over the place and delicious. His only dislike though had to do with the cheese. He wasn’t too fond of the runnier consistency and thought it lacked a freshness to it as if it was a pre-packaged cheese. Otherwise, the portion size was fantastic and he was more than filled up by it.

A big winner was the signature puffy taco which was a lightly fried flour tortilla taco. Both my brother and friend said it was delicious. One of the guys said it was probably the best taco he’s had from a fast food style restaurant. As noted, the tortilla was very lightly fried so it doesn’t have the crunch of most fried tacos. Regardless both people who tried it, loved it.

I had their street tacos and regular crunchy and soft tacos. Crunchy tacos should be one of the easiest things for any restaurant to nail. It’s so basic and simple; people aren’t looking for 5-star meals when they order it. All I want is a non-stale taco shell and plenty of meat. People don’t even care about the quality of meat. Mexi-Kan Kitchen nailed it. Just take a look at the last picture and you’ll see I was quite pleased with it. Regarding the street tacos, they were fairly basic with avocado-crema drizzled over the top. The chicken was slightly dry but the steak by all accounts was fantastic and seasoned well. My friend also shared the same sentiment that it was probably his favorite besides the puffy taco. 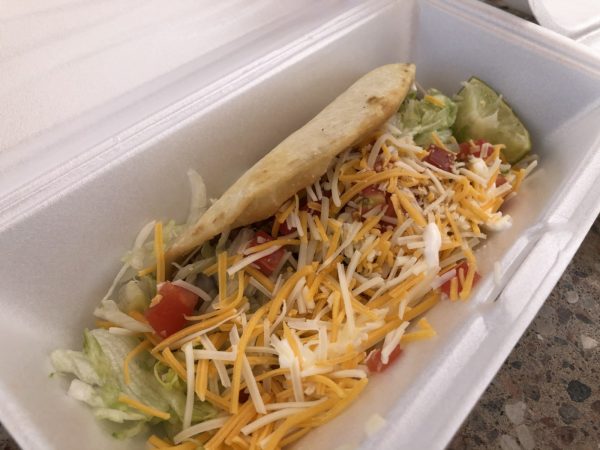 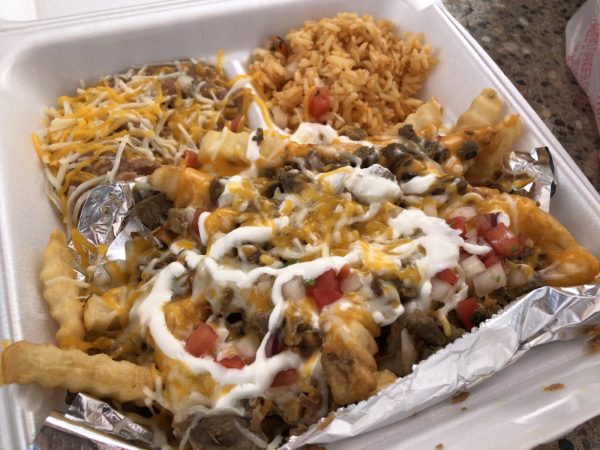 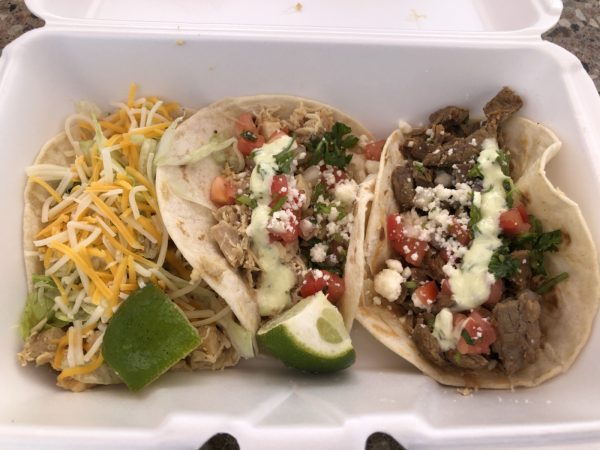 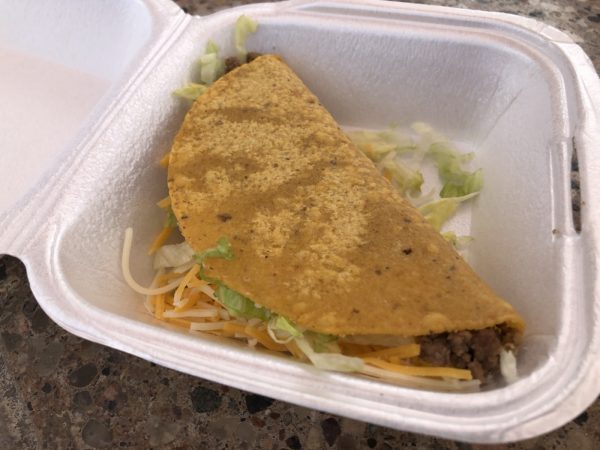 One of the guys said it was fast food convenience with food truck quality food which made a lot of sense considering the background of the restaurant. We were in and out in what felt like minutes.

Mexi-Kan Kitchen looks to be a nice addition to the city of Derby especially those looking for a quick meal with good quality. 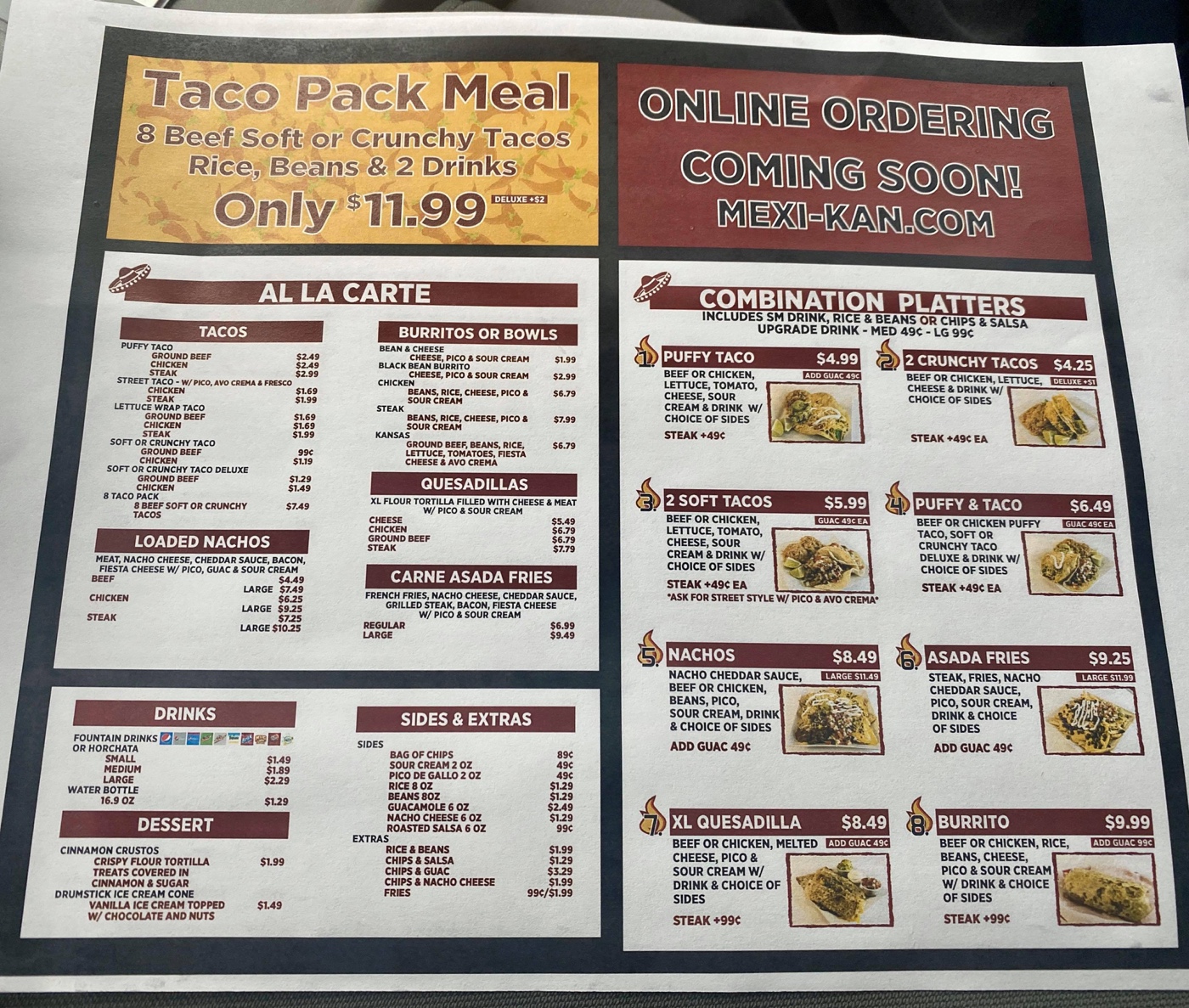 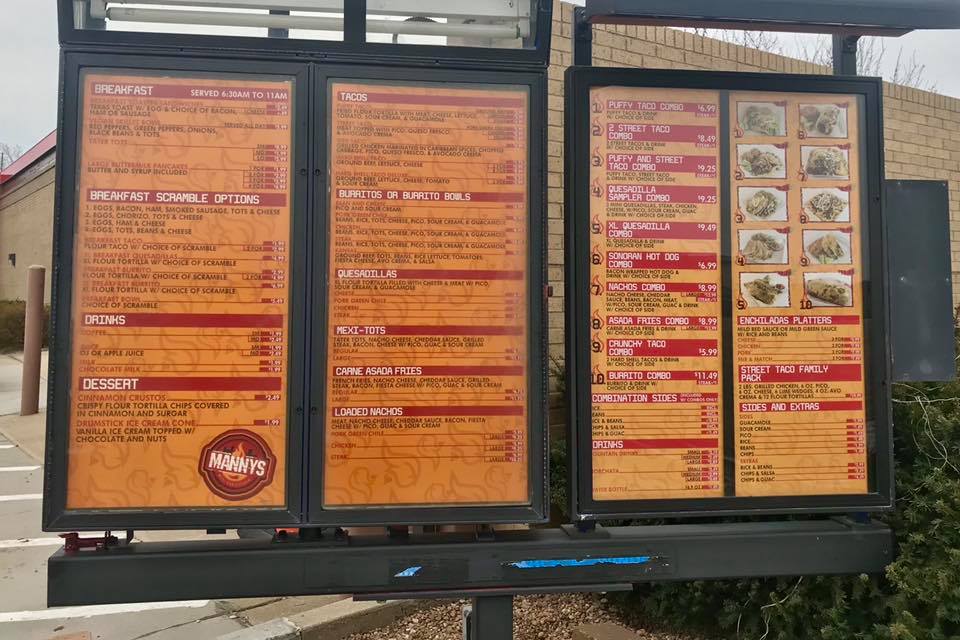