While my daughter doesn’t officially turn one for another a week and a half, we decided to celebrate her birthday over the weekend. Up until this point, I’ve never been the type of guy to go all out on cakes. I’ve been a simpleton and stuck with Sam’s, Dillons, whatever. What can I say? I’m a typical guy when it comes to that.

Megan, on the other hand, wanted to make sure the cake was done at a higher level. We decided to use a home-based bakery for Emery’s big day. After asking around, we came across the highly recommended Simply Sunday Cakes. She’s based in Andale, KS and by looking at her Facebook page, the work was incredible.

The theme of the birthday party was a pizza party. After all, it made sense with her month-by-month baby pictures. 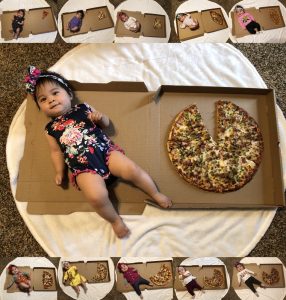 Megan discussed it over with Simply Sunday Cakes owner, Lindsay Houser, about a small idea of what we wanted for the cake and smash cake. We then let Lindsay run with it. We also ordered cookies for the children in attendance. I mostly stayed out of the discussion with my only request was to have pizza incorporated into the smash cake.

What Simply Sunday Cakes came up with was something that blew us all away. Lindsay did an awesome job and nailed down what we were wanting with such little direction. It was a million times better than anything I’ve ever ordered from a big box store.

Here was the end result of the sheet cake for everybody that was a mix of half chocolate and half confetti cake. What’s funny was that some kids were asking if the mushrooms were real. There wasn’t a bad word said about the cake unless you count someone’s reaction of “Damn! That’s a good cake”. 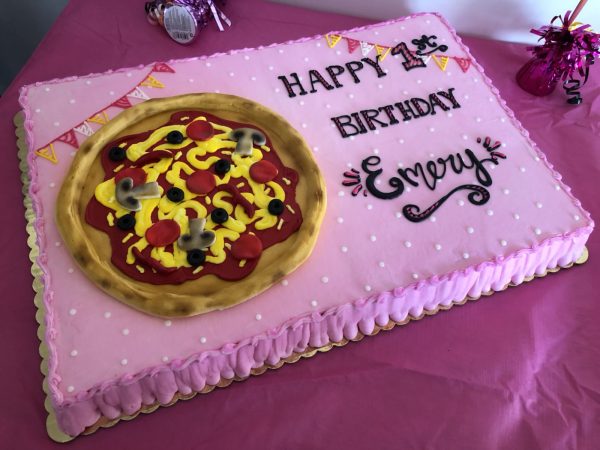 Then the cookies came in pizza boxes and looked like small personal pan pizzas. I remember asking for pizza cookies but the pizza box was a creative touch that never even crossed my mind. 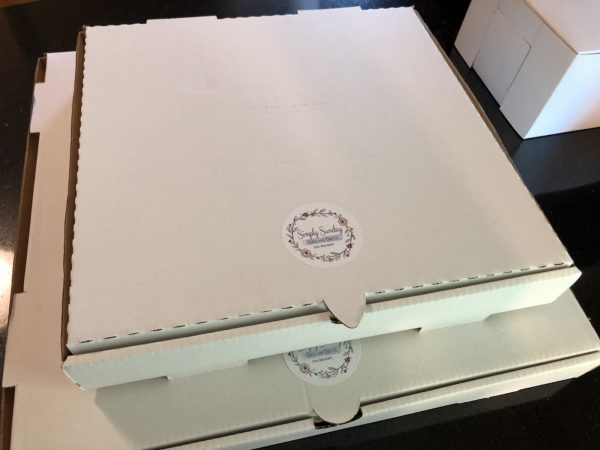 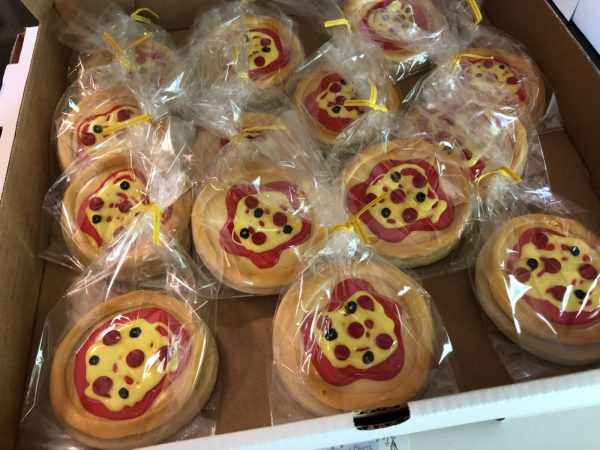 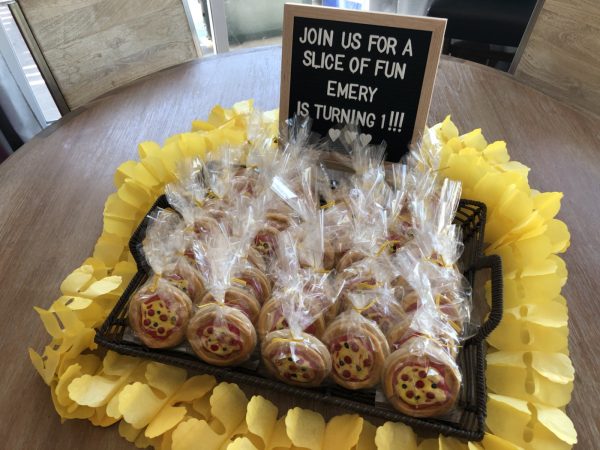 To top it off, there was the smash cake for our little princess. Emery tore it to shreds, had a sugar high, crawled nonsensically in circles for an hour, stayed up way past her bedtime and threw the biggest fit in the world when we were finally putting her down for bed. Girl wanted to party all night long. That sounds like the smash cake did its job to perfection. 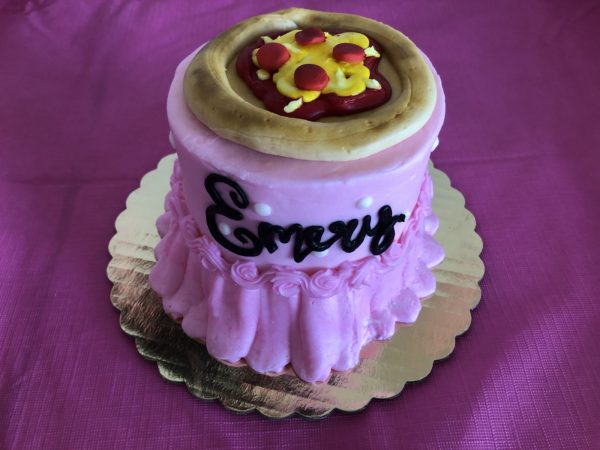 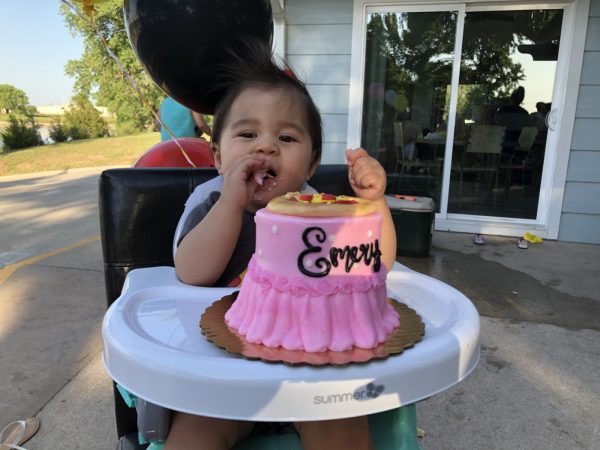 Simply Sunday Cakes was a breeze to work with. That was both of our first experiences with using an in-home bakery and won’t be our last. Lindsay Houser did an amazing job as stated before. We couldn’t have been more pleased with it.

Now we will have great pictures and memories from her first birthday to look back on.