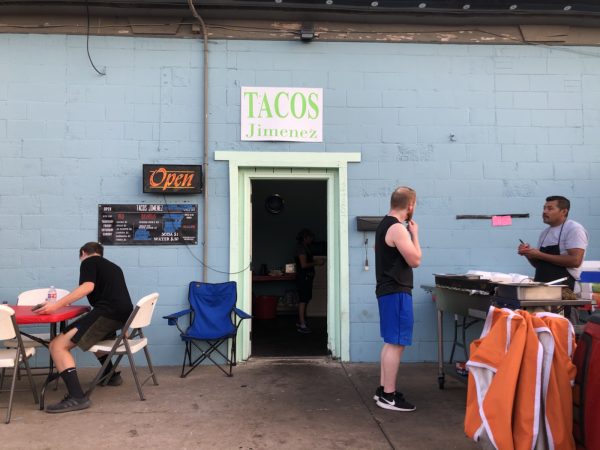 I’ve been there before but wanted to revisit what moved up into one of my favorite taco spots in town, Jimenez Tacos. Since my last visit, they moved locations in the same strip center to a larger space.

You can find this amazing little restaurant at the corner of Roosevelt and Ross Parkway in the neighborhood of Plainview. Just follow the Tacos sign and your taste buds will forever be grateful. 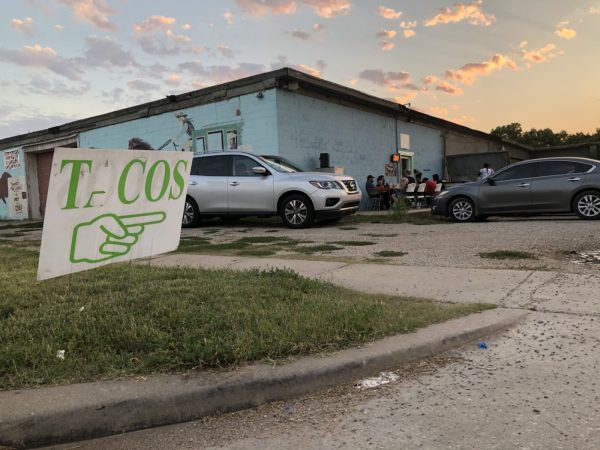 I had such a delicious meal there and have been trying my best to spread the word of Jimenez Tacos. It’s in an area of town that isn’t often frequented but that shouldn’t deter anyone who’s on the hunt for amazing food.

When I arrived the owner, Simon Jimenez, actually recognized me from my last visit. Keep in mind, I was just a random stranger who came in one time, ordered some tacos and left. He must have an amazing memory, so I introduced myself. My original intention was to grab some food to go, but he was awesome to chat with. As we conversed more and more, I became enamored with his story. It kind of tugged at my heart strings. Here’s a guy who came to America, worked his ass off, and raised four kids. It was very similar to my mother’s story. This restaurant isn’t is full-time job but a second gig to support his family to provide everyone with a better life and that’s the American Dream that Jimenez Tacos. He’s achieving what every parent has wished to do.

He mentioned that after my first blog on Jimenez Tacos, business really picked up which was awesome to hear. Unfortunately, it really is just a one-man job with him doing all the cooking so things can get backed up. One day he would like to open a bigger restaurant, but he knows going small and grinding away is the best way to go. 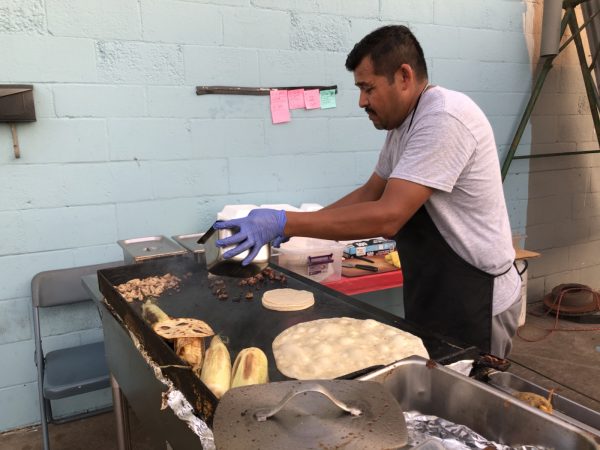 While chatting, I saw some corn and decided to order some elote. I’ve had some fantastic elote on the cob in my time and this was definitely up there as some of the best. It was freshly grilled on the spot, literally made-to-order and had some kick to it thanks to the drizzle of Valentina sauce. 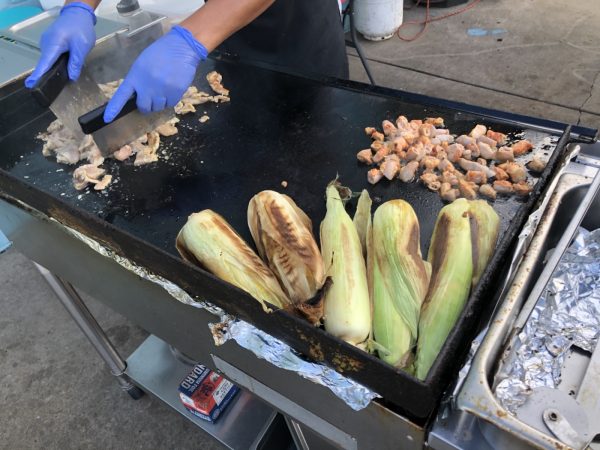 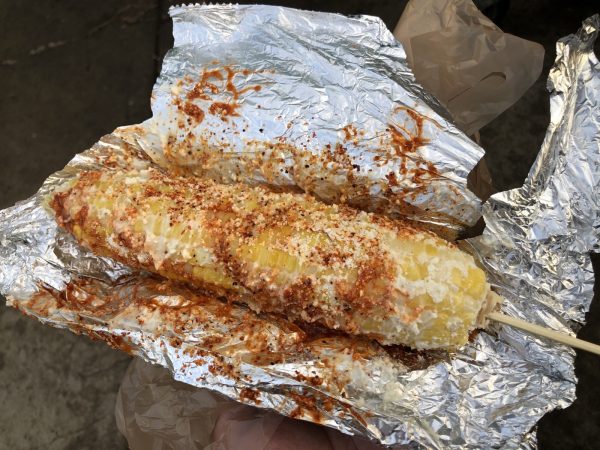 There was a huge table of customers ahead of me, and he kept cranking out tacos and quesadillas while we spoke.

These quesadillas were hot items for the group ahead of me. They must have ordered 4-5 of them. 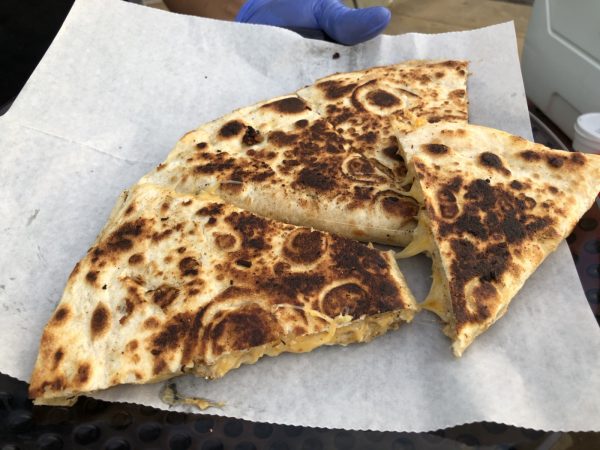 For me, I ordered their pastor, lengua and tripas tacos. His pastor tacos had a nice texture to them with a subtle sweet aftertaste to them I loved. What I really love there are their tripas tacos. On my past visit, they grilled them extra crispy for me and did it again this time. Nothing beats a nice crispy and grilled tripa taco; Jimenez Tacos really excels here.

Another thing that stuck out to me was the tortilla. They were grilled to a crispy texture that didn’t break in half but folded easily. There was little sogginess going on even after being drenched in salsa. 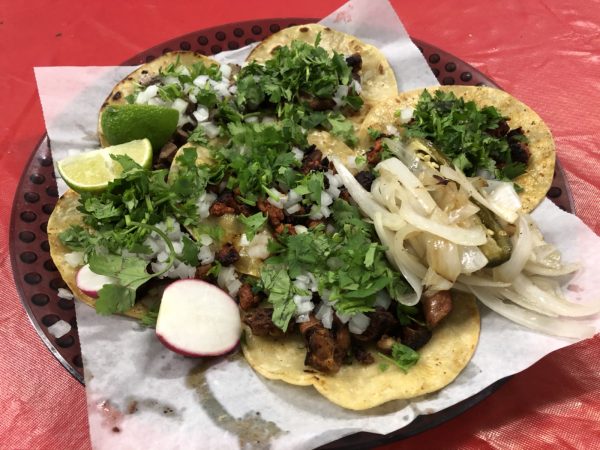 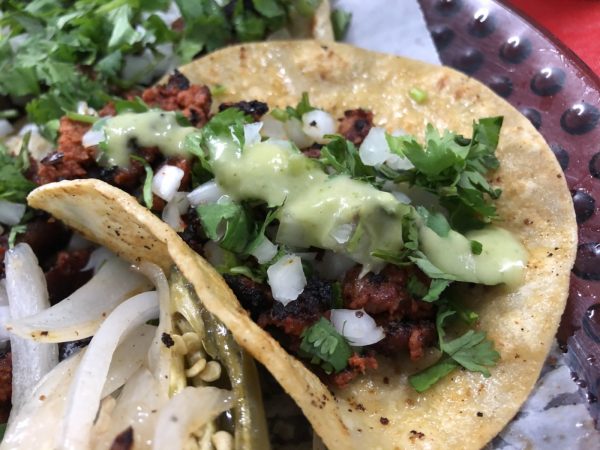 After hearing Simon’s story, I gained so much more respect for him as a human being. He was down to earth, humble and gracious. The excellent tacos was just the cherry on top.

Jimenez Tacos is the true definition of a “hidden gem”. It’s hidden in the fact it’s located in an area of town where a majority of people have likely never been to and it’s a gem in the fact the food is awesome.

After this second visit to Jimenez Tacos, I’ll be visiting them on a more consistent basis and plan to be one of their biggest cheerleaders. You don’t see many media and community organizations publicizing many of these super small and off-the-beaten-path restaurants, so I’m taking the responsibility to do it. 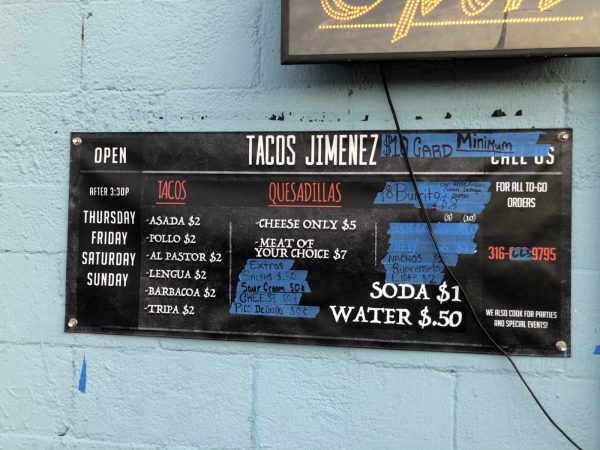