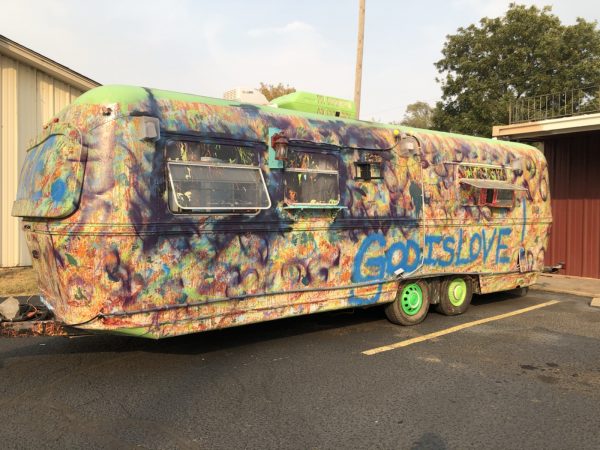 While randomly driving down roads to see what random food trucks may be out, I saw a rather colorful one parked out on Seneca. I wasn’t sure what to expect but saw people walking away with containers. When I arrived there was a sign that said The Big O Experience. I walked up and a gentleman told me they had just closed and that they would be back tomorrow.

So, the next day, I arrived and got to try a brand new food truck.

Open on the weekends starting in the afternoon until 8pm

In talking with the gentleman who ran the truck, he told me he had just started. For now, he was kind of playing things by ear and opening up in the afternoon as he put it and would close around 8 p.m. He didn’t give me a set time on when he would open so this is one of those food ventures you are better off playing by ear or arriving late afternoon/early evening.

He showed me his menu which had four items: loaded krispy tator-tot waffles, loaded wonton nachos, Indian fry bread tacos, and homemade brown butter ice cream. On that particular day, he just had the tacos and dessert available so I went with that.

I have to admit, those loaded wonton nachos sounded awfully good though.

The owner said the tacos were $2 a piece and were roughly the size of a street taco. I went with three but after receiving them, I could have easily been satisfied with two.

The Indian fry bread ended up being larger than I was envisioning. It was topped with a really well-seasoned ground beef, beans, shredded lettuce, 7-cheese blend, pico de gallo and cilantro sour cream.

There were a nice layer of ground beef that was extremely filling. The fry bread offered a good base that was thicker than it appeared. It was more firm than crispy. Regardless, they were still delicious. The pico de gallo and cilantro sour cream gave it a very refreshing aftertaste that kept me coming back for more. 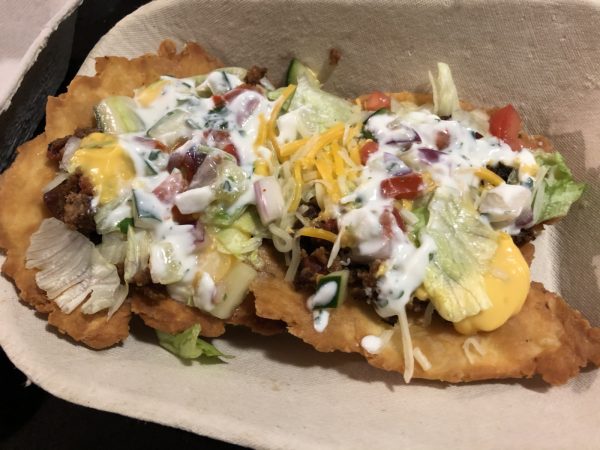 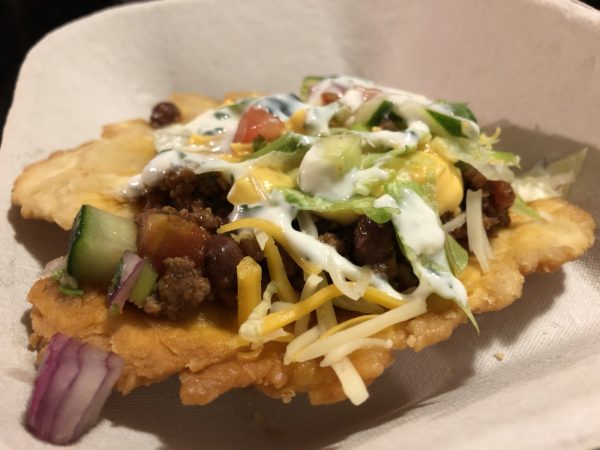 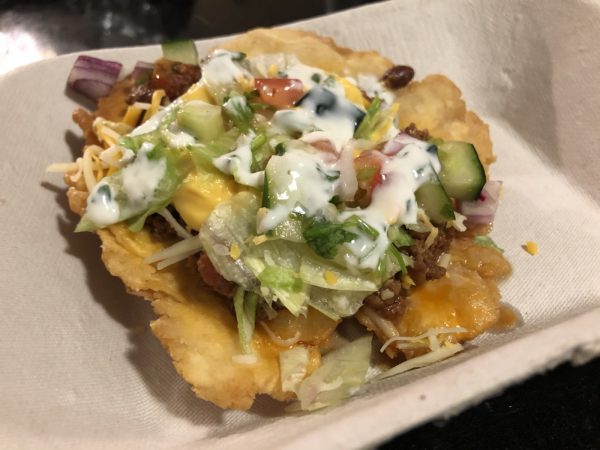 The brown butter ice cream was the perfect follow-up to the meal. The ice cream sat on a very lightly fried flat bread of sorts that was crispy and topped with some cinnamon. I could have easily had 2-3 more of them. 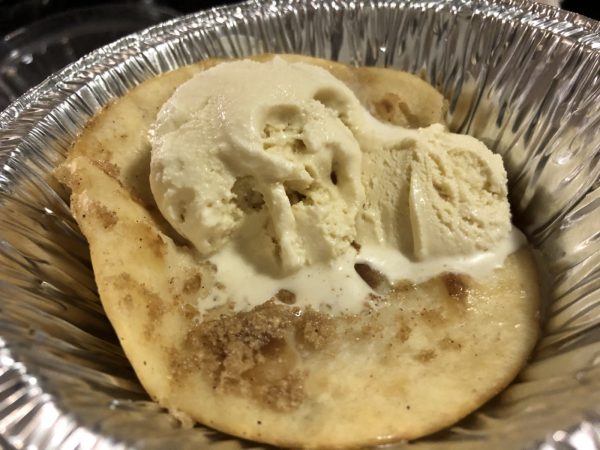 The Big O Experience showed me lots of promise on the first visit. It looks as though, they are still getting everything figured out from the menu to hours. I asked if he had a webpage or Facebook and he told me he was in the process of getting all that set up.

Once he gets all that figured out, I am definitely going back for some of the wonton nachos. Stay tuned for a revisited review. 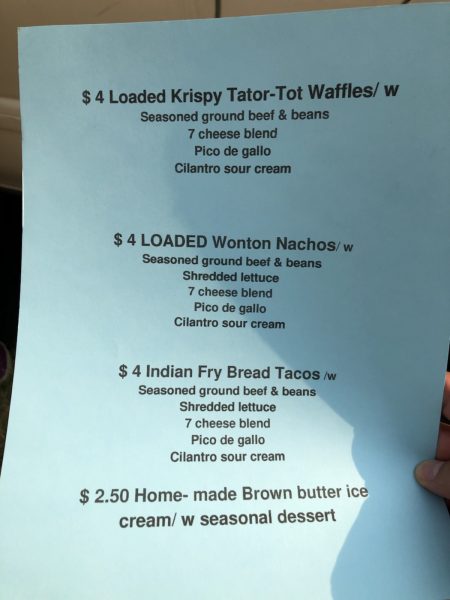