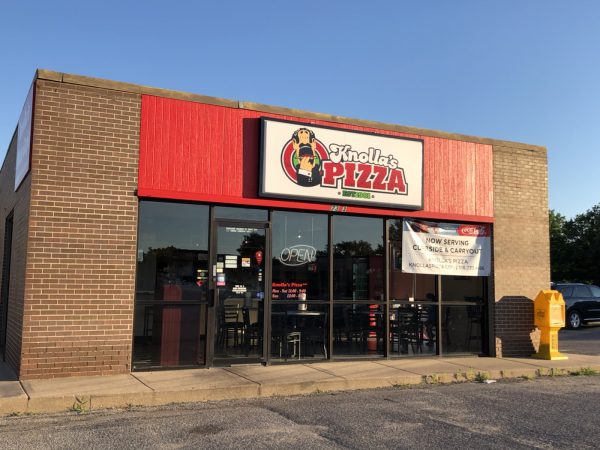 Often in the running for many of the best pizza awards is Knolla’s Pizza. For whatever reason, it’s one of those places I just don’t go to often and I really don’t know why. While grabbing dinner with some friends, we wanted to check out a place that has been off our radar for some time and Knolla’s came up. So, here’s our revisited review of the pizzeria.

Knolla’s Pizza has five locations across town after their downtown location opened earlier this year.

We placed our carryout order over the phone and it was ready right when we arrived. For dinner, we had the Works, a pepperoni pizza, a taco pizza, breadsticks and (not pictured) meatballs. 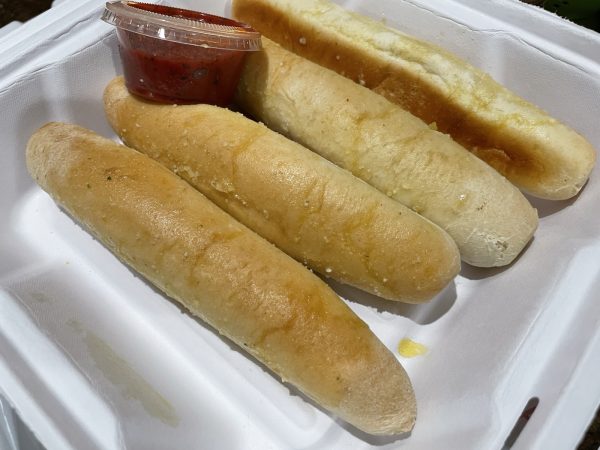 Knolla’s can make your pizza New York style or Chicago style. Having been to both of those cities, I can’t necessarily agree that Knolla’s offers what most people would consider a traditional New York or Chicago-style pizza but hey, as long as it’s good, I won’t complain much.

Everybody dug right into the pizzas when I arrived with the carryout order. What’s funny was others repeated what I had said earlier about, “I don’t know why we don’t order Knolla’s even though it’s not far from our house.” Everyone was happy with the pizza, especially the taco pizza, but we couldn’t put our finger why it’s always so long between Knolla’s visits.

I kept my personal opinions to myself that evening but here’s my take.

Knolla’s does one thing very well and that’s load their pizzas with an insane amount of toppings. I’m not sure there’s a pizza place that’s more generous with their toppings. It’s an incredible amount where a couple of slices will fill you up quick. One of the problems though is it’s a hard eat. For some that may be a small issue and it’s no big deal for me, but with those pizzas, you may need a fork to grab the remnants. The Works, for instance, was like a slide for half of the pizza toppings. Everything came right off.

Probably the biggest issue for me comes down to the crust. While it’s a delicious pizza, I don’t attribute much of that to the crust. Compared to some other pizza places, I find their crust to be unmemorable. It doesn’t necessarily do the best job of containing all the toppings, it’s a little on the bland side and could use something that I can put my finger on.

I understand Knolla’s has a huge fan base and me saying all that could lose me some credibility points with readers but crust is a huge deal for me and other places seem to do that part better. For example, Piatto while a different style of pizza offers an exceptional crust. But like all food, it’s all subjective and perhaps you feel the opposite which is OK.

I asked myself why I don’t visit Knolla’s enough and I think I found my answer. It’s a good pizza, it’s worthwhile but when it comes down to picking a place there are just others I prefer over this one. 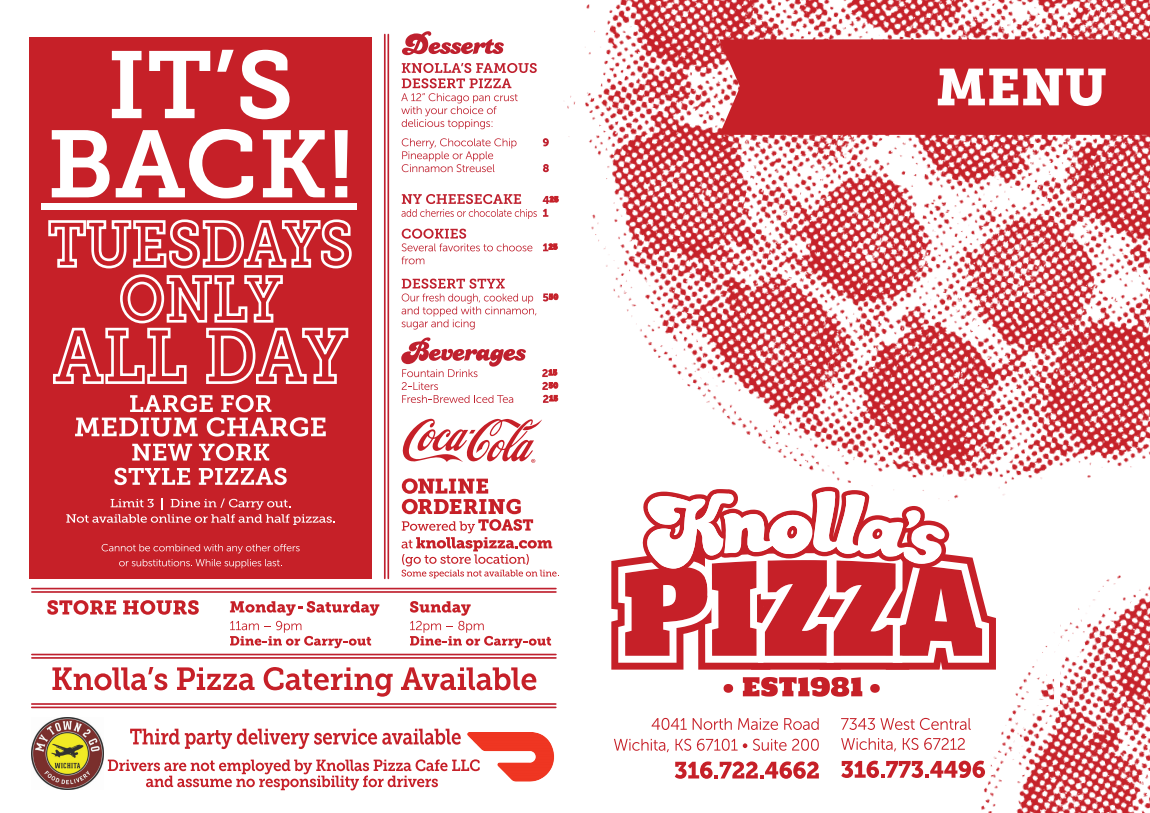 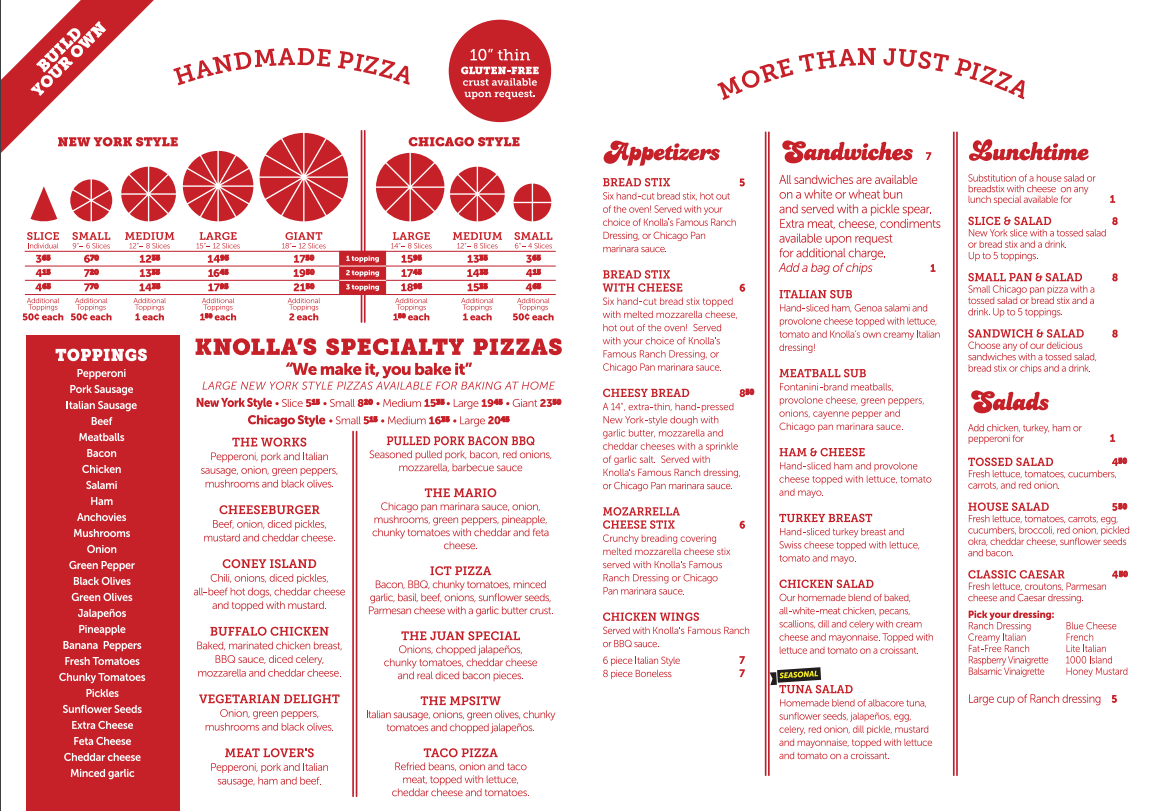