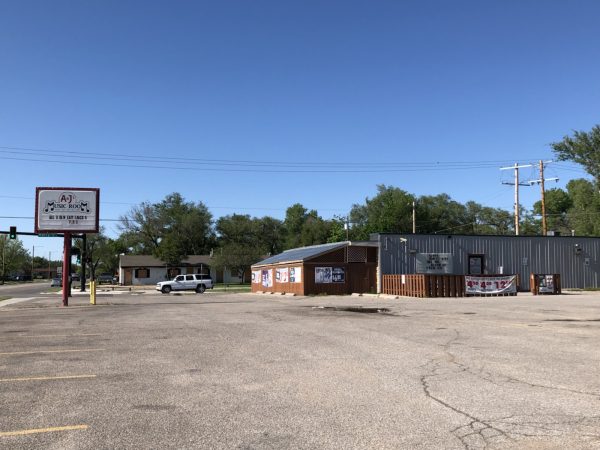 While browsing through Facebook, I saw something I’ve never seen before. Pho advertised as a special at a local bar. I’m not the type of person that believes certain foods can only be eaten at certain places. I’m all about trying different things regardless of who is serving it so when A&J’s Music Room had a post offering pho on Mondays, I was so there.

A&J’s Music Room is more commonly known for two things, their karaoke and their fried tacos. After all, they sell the fried tacos by the thousands over the course of a month. Here lately though, their chef has been experimenting with different dishes.

Pho was introduced. Like all meals at A&J’s, they are always affordable. A medium bowl was $6 and a large bowl was $7. Only one option of beef was available.

I stopped in for a medium bowl which was the perfect amount. 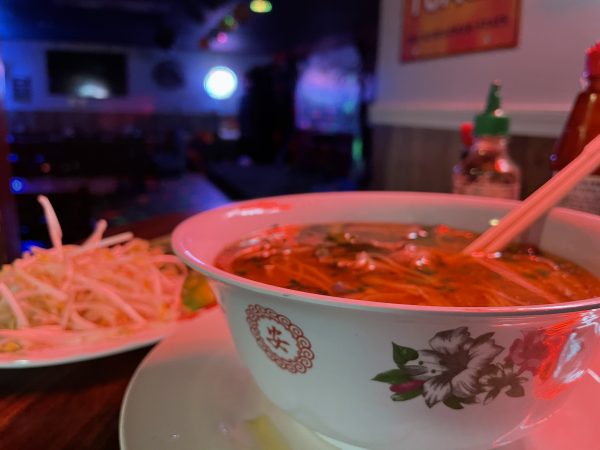 The bowl of pho came out relatively quick and was piping hot. I was told, the broth was made the day before.

Here was the picture before it was doctored. There was a noticeable red tint to it which was just enhanced as I was sitting underneath a Coors light neon sign. There was also a bit of grease along the top. 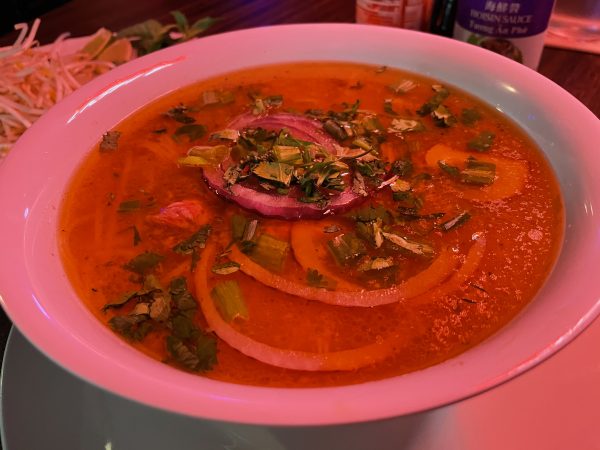 In my experiences, most of the broth offers a clear appearance. While it wasn’t there, it still had a nice flavor to it. It wasn’t exactly rich but still a worthwhile meal. Let’s face it. The pho didn’t have the traditional look or taste but it was a dish that I still enjoyed. The meat inside was tender and there were plenty of noodles to go around. There were enough positive takeaways I had.

The chef came out and asked my opinion of the pho and I told him exactly everything I wrote here. He mentioned to me that last week’s batch of pho had a much better appearance and there was a slight mishap this week in the kitchen. I felt bad because of course the one Monday I show up, it wasn’t exactly how they intended it to be.

Here was last week’s pho they had.

We chatted for a bit and I let him know I still enjoyed it and would come back again. I mean for $6, that price is hard to beat for a meal outside of home.

It’s not too often, you can get out to a bar, grab some drinks, listen to some karaoke and get a warm bowl of pho. And if pho isn’t your thing, then Tuesday is dollar fried tacos and Wednesday is 1/2 price pizza.