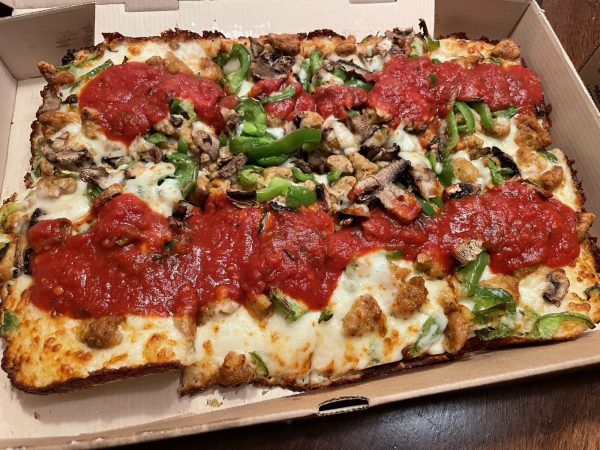 One of the styles of pizza that doesn’t have much exposure in Kansas is Detroit-style pizza. It’s something I haven’t had much experience with and somewhat unfamiliar with. It’s relatively foreign to me and I’m guessing to a majority of readers. Pizza Hut recently unveiled their limited-time Detroit-style pizza which shouldn’t be confused with their current pan pizza.

There’s always debate on what’s considered “authentic” and “true to fashion” when it comes to things like Philly cheesesteaks, tacos, Chicago-style pizza and now Detroit-style pizza. I’m no expert on it, but most sites define it as a square or rectangular deep-dish shape, porous interior, pan-crisped crust caramelized with cheese, and tomato sauce dolloped on top. Detroit-style pizza is available all over the country, but Wichita seems to be lacking in it.

I’ve heard rumors of someone local bringing it to town but those have been unsubstantiated at the moment.

So with that, my friends and I decided to order a couple of Pizza Hut’s Detroit-style pizza to see what they were like.

We ordered the Supremo and Detroit Double Pepperoni. 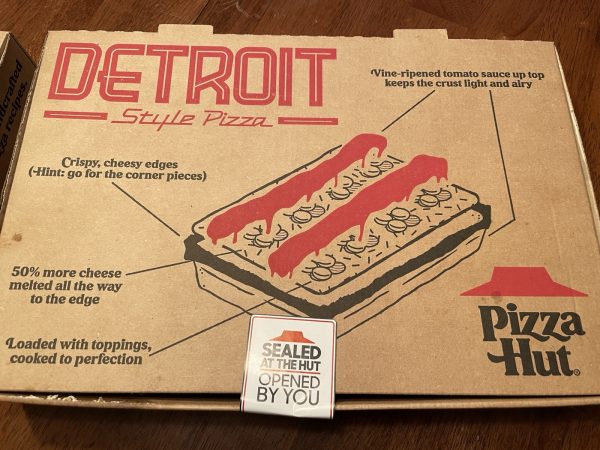 The pizzas came and looked just like what I thought they would. There was a noticeable amount of vine-ripened tomato sauce poured over the top which is an exclusive sauce made specifically for their Detroit-style pizzas. 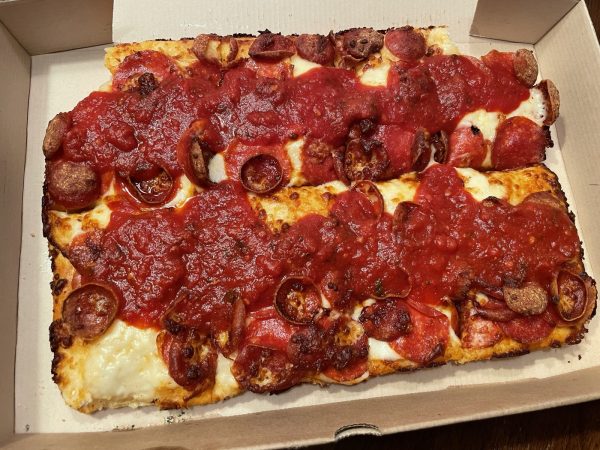 Our Detroit Double Pepperoni looked as though someone either took a bite out of the corners or whoever made the pizza just ripped it out from the pan. Either way it just looked disturbing. It didn’t stop us from eating it though and hoping for the best. 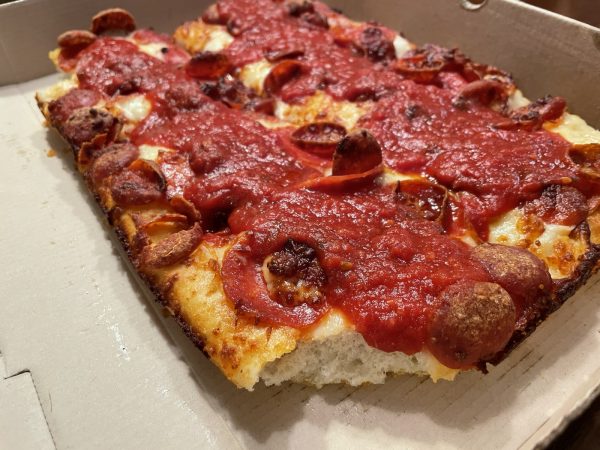 The best though wasn’t what we got. The crust was rather soggy with not much crispiness to it. So many things I read about Detroit-style talked about a crispy and chewy crust but that wasn’t what we received. Perhaps all that went away during the delivery process. Regardless, we were let down there.

As for the pizza itself, it tasted just like any other Pizza Hut pizza. I think there’s a stark difference in how their pan pizzas taste versus their thin n’ crispy. This essentially tasted like their pan pizzas but with a sweeter tomato sauce poured over the top.

Their pepperoni pizza seemed to be pretty scarce to be called a “double pepperoni” unless the reference was specifically because of the use of two different types of pepperoni. And for the supremo, most of the toppings seemed to be placed in the center of the pizza. The edges of the pizza was definitely lacking. 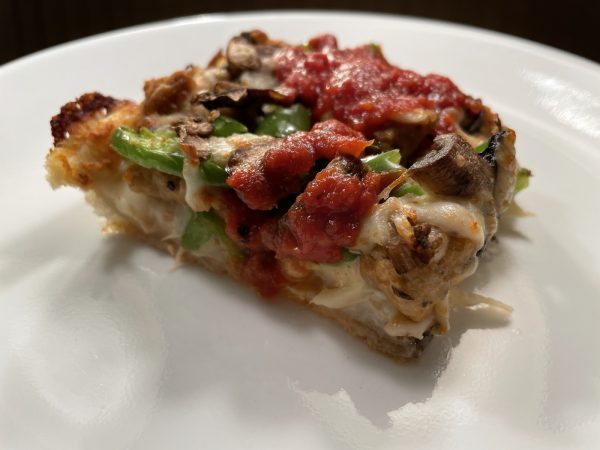 The pizzas ranged in price from $10.99 to $12.99 and if that’s what true Detroit-style pizza is supposed to taste like, I’ll pass. But common sense is telling me, Pizza Hut’s version was lacking and there’s much better to be had out there.