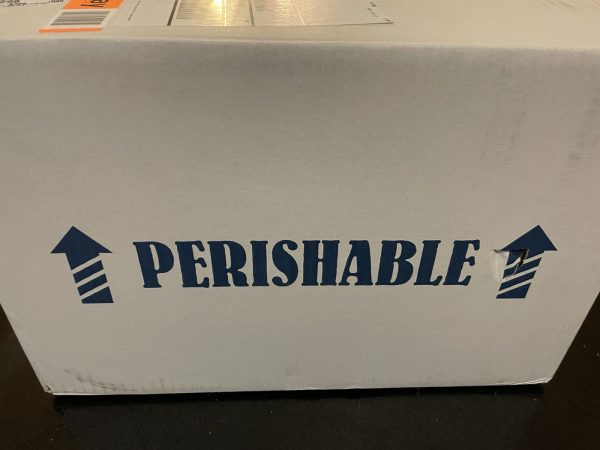 I was asked not to plan anything for the evening of Valentine’s Day. Like all men, I obliged and followed directions. The evening was free and I anxiously awaited what was in store.

Then I was hit with the surprise, Megan had lobsters and oysters shipped in from Maine! She knows food is the quickest way to my heart especially seafood. This was her first time ordering lobster and while doing some research, she came across a company called Lobsters Online who is owned and operated by the Lobster Trap Co.

I’m not sure when the box arrived or where she even hid it but during dinner time she brought out a box that said perishable. I could hear the lobsters inside moving around. We opened up the box and found chill packs covering up the lobster and oysters. 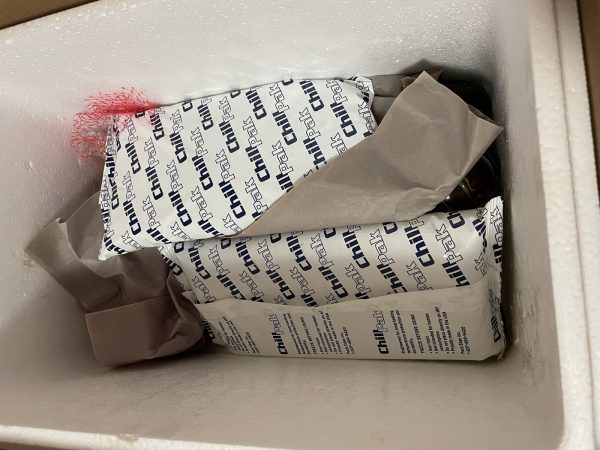 We moved the chill packs and found these two guys lying underneath. 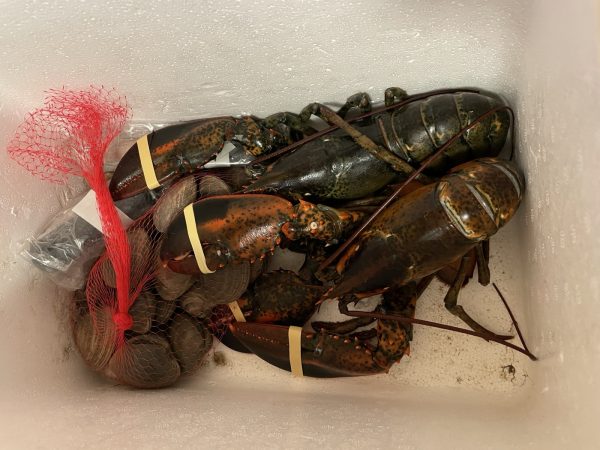 Megan was pretty upset when she removed the bag next to the lobster. What was supposed to be two dozen oysters ended up being two dozen clams.

I had zero complaints and was extremely appreciative of the surprise. We made do with what we had and I ate 23 of the clams. Megan isn’t a big fan of clams so she had one and I polished the remaining ones. While clams aren’t as good as oysters, I still enjoyed them. I just felt bad Megan wasn’t a fan. 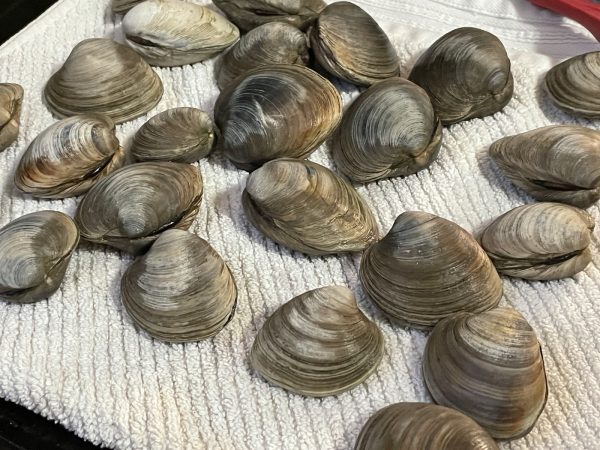 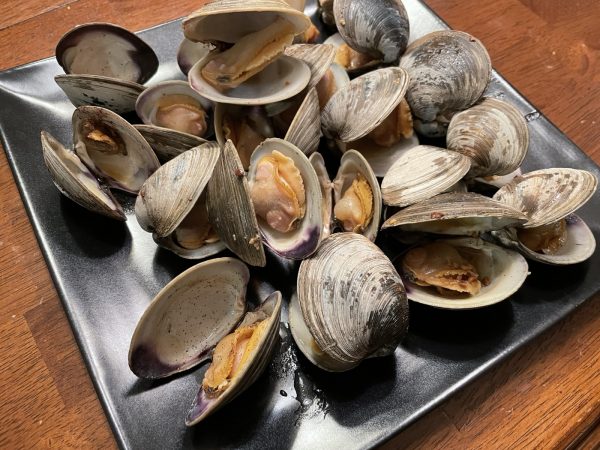 The real fun then started with the lobsters. A little over a year ago, we took a lobster cooking class at Mark Arts. We had an idea of what we were doing but still kept our fingers crossed. We put the lobsters in boiling hot water for roughly five minutes. 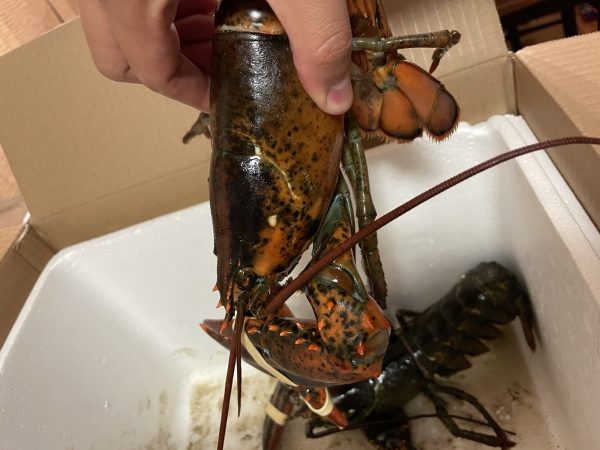 Once the time was up, we took them out and let them cool a little. 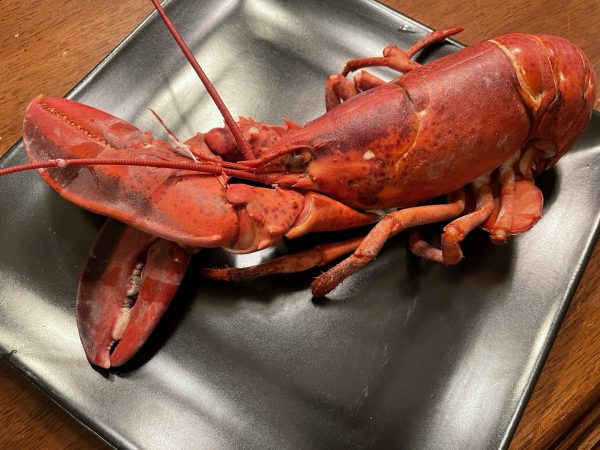 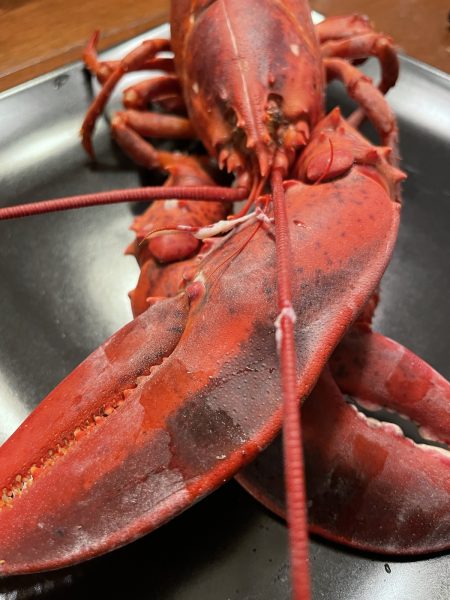 The rest of the evening was pure bliss. We grabbed our crackers and went to work with the lobster. The meat came out with ease and was firm, yet smooth and soft. Each bite was a little sweet and didn’t have a fishy smell to it at all. It was excellent lobster that filled us up. 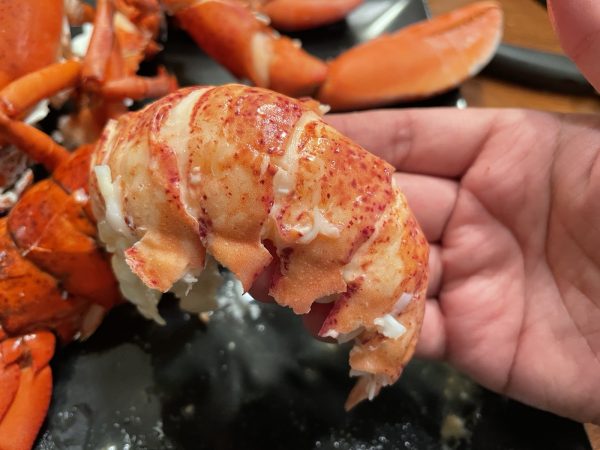 Megan would contact Lobsters Online aka The Lobster Trap the next day to inquire about the missing oysters. They asked for pictures of what they sent. Fortunately, I’m this weird guy who takes pictures of every bit of food and had them handy. We emailed the pictures over and they contacted her back and said they would refund the cost of the oysters.

While it wasn’t exactly what she planned, I still loved every second of it. Seafood is something I could eat probably every day and was the best Valentine’s Day dinner I’ve ever had.