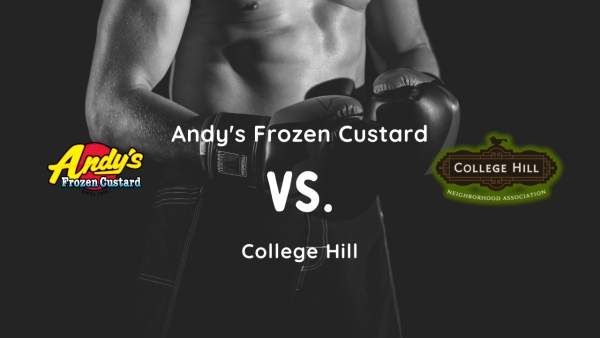 A battle has started in east Wichita. It was announced that Andy’s Frozen Custard would be taking over the space previously held by Dempsey’s Biscuit Co. in College Hill. This has been a plan that’s been in the works for over a year before places like Frost and Papa’s General Store were around according to franchisee Brian Cates.

Some residents in College Hill were not too pleased with the announcement of the national custard chain coming in and started an online petition to prevent the store from opening. I was asked to share the link if you’d like to look it over.

There’s no skin in the game for me. I’m not a resident of the neighborhood nor have I ever been. Let’s take a look at what we all know:

So, where do you stand on this? Is it fair for Andy’s Frozen Custard to enter College Hill? Should they move somewhere else? Are the residents of College Hill making a big deal about this or are they in their right to petition against Andy’s?

For now, Andy’s Frozen Custard is moving on as planned and hope to be open by May.