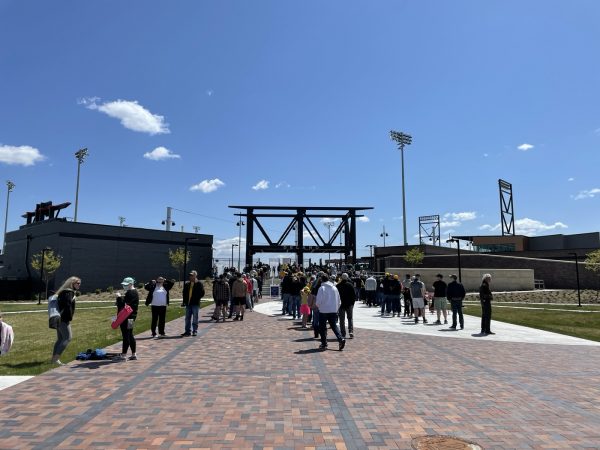 It took a year longer than anticipated, but Wichita could finally take in Riverfront Stadium. 7,500+ fans showed up to check out the new downtown ballpark and some Wichita State baseball. In the end, the Shockers won their sixth straight game over Houston and also had their seventh-largest crowd ever for a Shockers game. 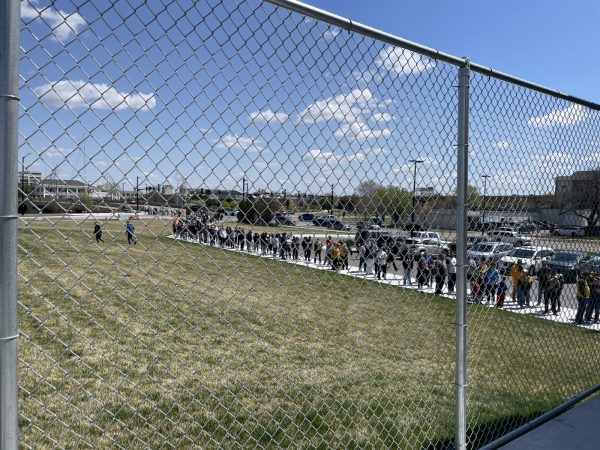 So, what did my friends and I think about the new stadium? We loved it. The stars aligned for a great afternoon of baseball. The weather, for the most part, cooperated even though the wind didn’t want to slow down much.

Walking in and seeing fans sitting in the outfield brought a huge smile to my face. After much craziness in the world, it was great to see people out and enjoying an event like this. 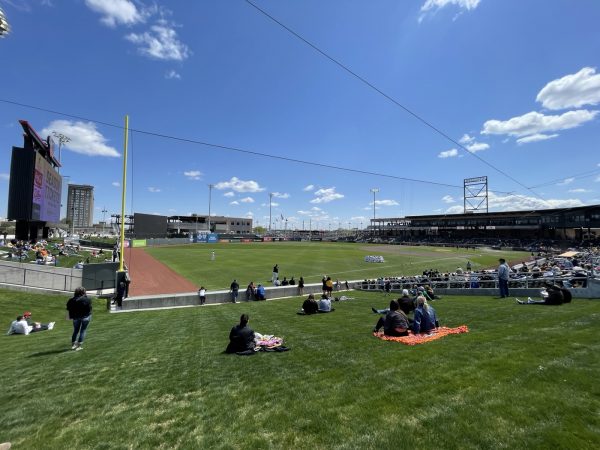 Of course many drinks were purchased all afternoon. 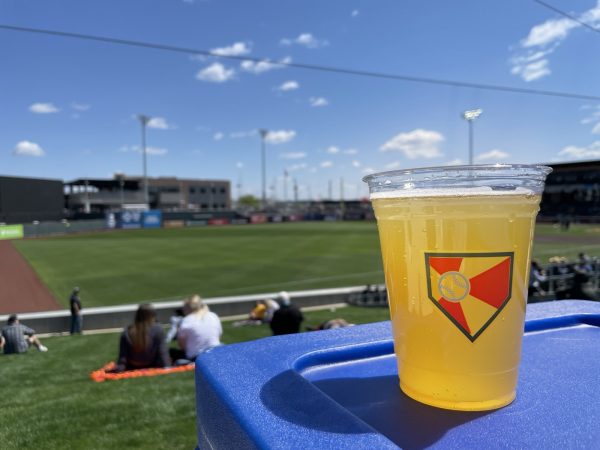 In case you’re curious about beer and liquor prices, here’s what they were (Economy Beer on hand was PBR): 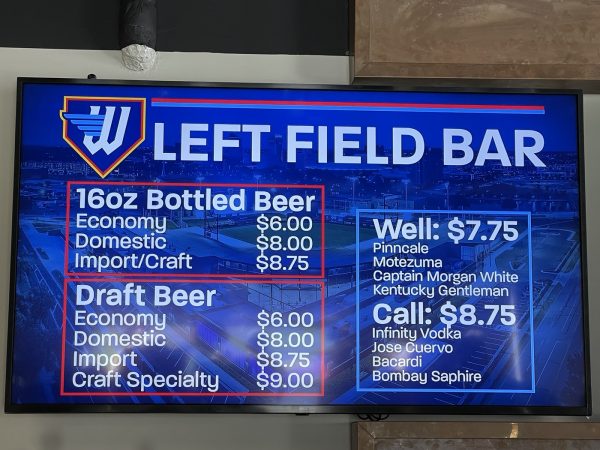 There were many drink stations and places to order food. We all know many people in Wichita aren’t big fans of walking and with that, you didn’t need to walk far to get a drink or a bite to eat. There’s even a Freddy’s Frozen Custard on hand.

Many stations were sold out of beer at random parts of the day. 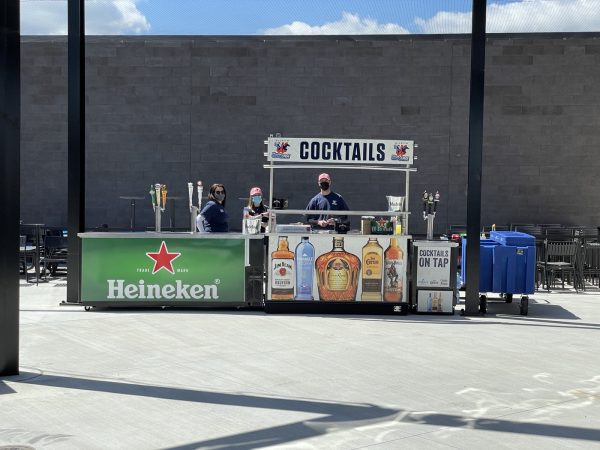 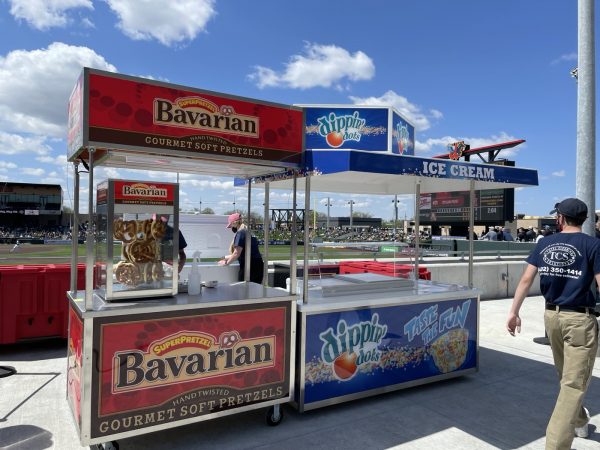 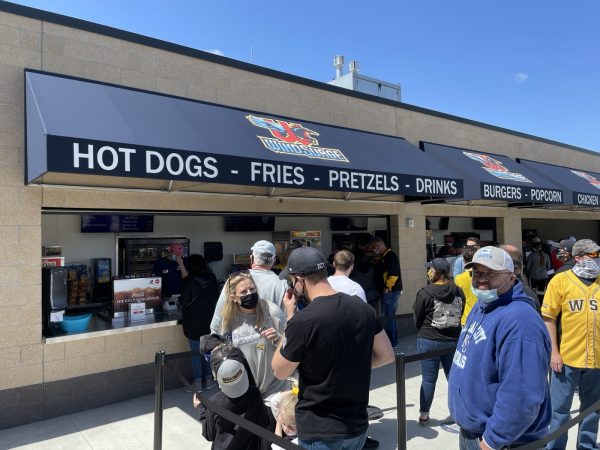 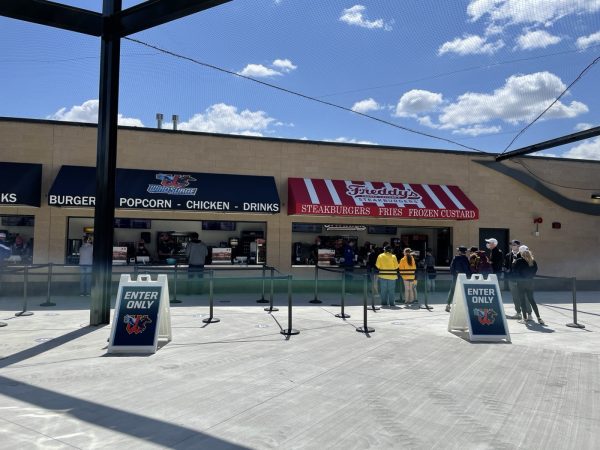 What are the food prices? I got you covered there too: 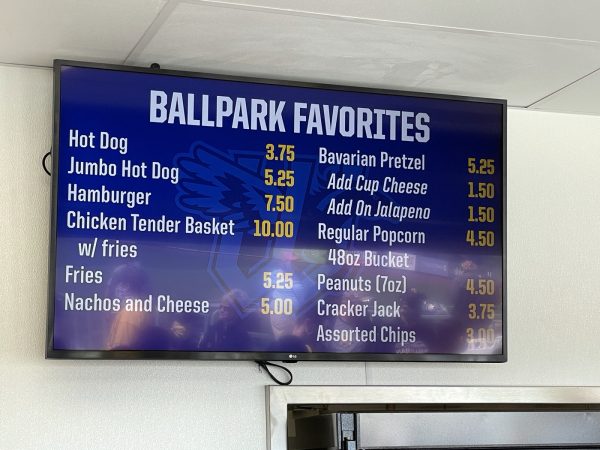 And of course, I had to make sure I ate some food. This cost me around $20.

The jumbo hot dog was pretty standard; fries were nice and crispy and the pretzel was soft but could have used a little more salt and some cheese which they forgot with my order. We’ve ordered quite a few pretzels from Charles Koch Arena and these pretzels blew those away; so much softer. 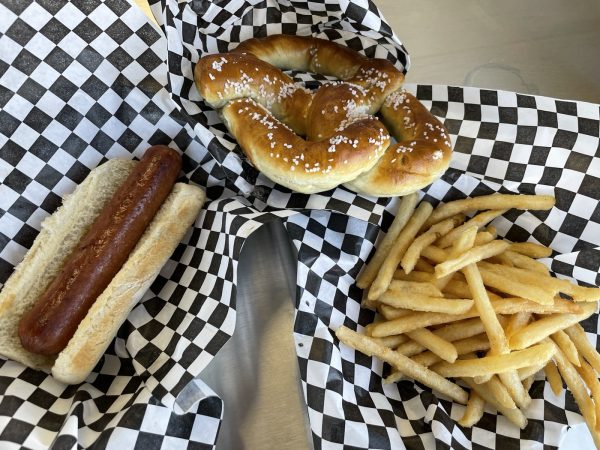 Other than that, the stadium truly was beautiful. I love driving down Kellogg and seeing the stadium from the highway. It’s eye-catching and colorful. Once I walked in, the vibe was happy and contagious. I’m not sure there was a bad seat in the house. 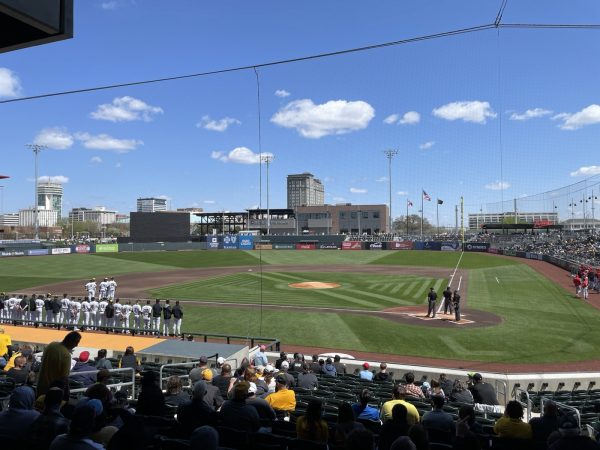 We had some great seats and were surrounded by many friends. At one point, it felt like a college reunion. A friend behind me tried to start a wave and by the third attempt, it went around the stadium twice. There were smiles and laughs everywhere. 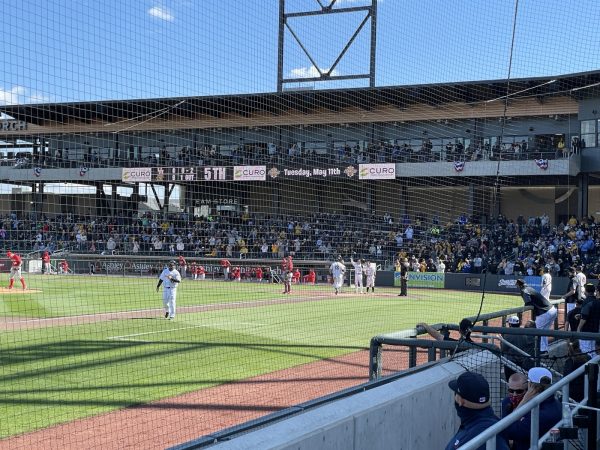 While walking back to our cars after the game, businesses in Delano saw an uptick in traffic. It was the same before the game. We grabbed another drink at The Monarch after and they were packed. Restaurants nearby like Yokohama Ramen Joint had a line.

After so much criticism I’ve seen and heard regarding Riverfront Stadium, it was refreshing to finally see something positive come out of all this. Change is hard, spending money to improve things in Wichita can be polarizing, and I get that not everybody is a baseball fan.

I think if done right, managed properly by the Wind Surge staff and embraced by our city, Riverfront Stadium can be a wonderful asset to the community. Wichita needs to continue to evolve and this is a step in the right direction.