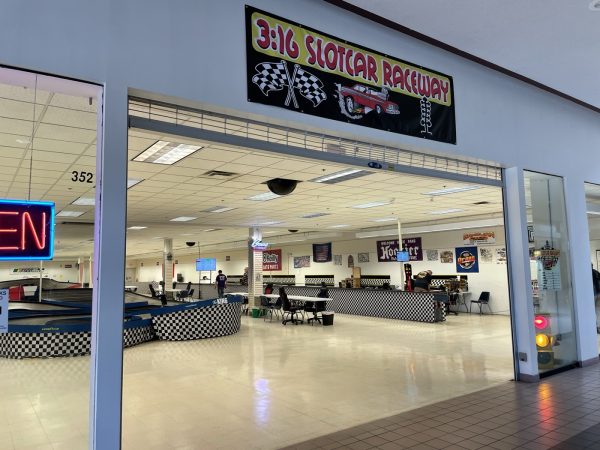 While walking around Towne West Square, I came across a business that opened in the latter half of 2020. It’s 3:16 Slotcar Raceway. It was a big space that included four different tracks. I’ve never messed around with slot car racing before so I was intrigued by it.

I would return to the mall later as I wanted to bring my family to check it out. Slot car racing was new to all of us except for Megan who said she would do it at the Wichita Mall back in the day. 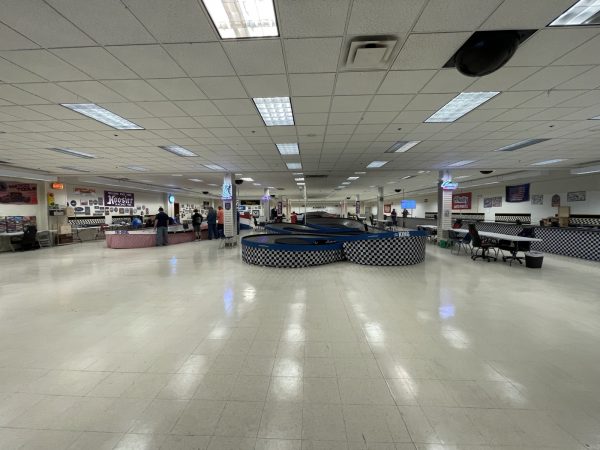 When we were stopped by, there was a race going on. Plenty of people were inside using their racetracks, working on their slot cars and watching others race.

We don’t own any slot cars but they have many available for rent or purchase. The rental rates were $15 for an hour and that included everything you need to race. They said they could pro-rate the rates if you wanted to race for less time. 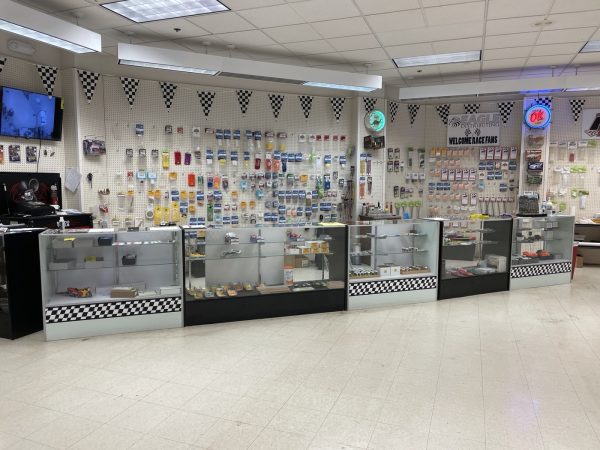 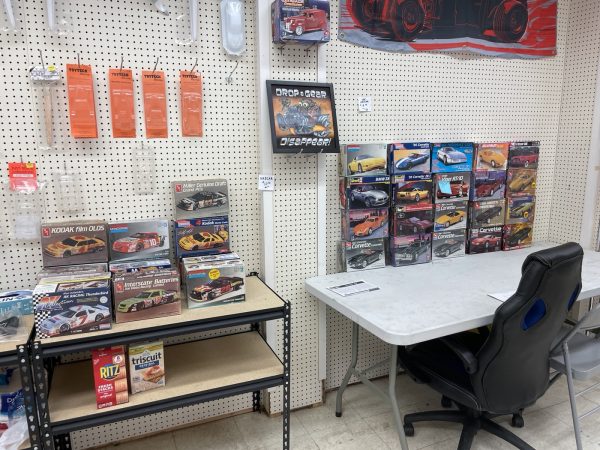 While they were getting us set up, I watched one of the races going on. There was a computer screen that listed everybody’s time.

Apparently there are races and leagues nearly everyday of the week for slot car enthusiasts. I might have found myself a new hobby. So long blogging!! Hello slot cars!! 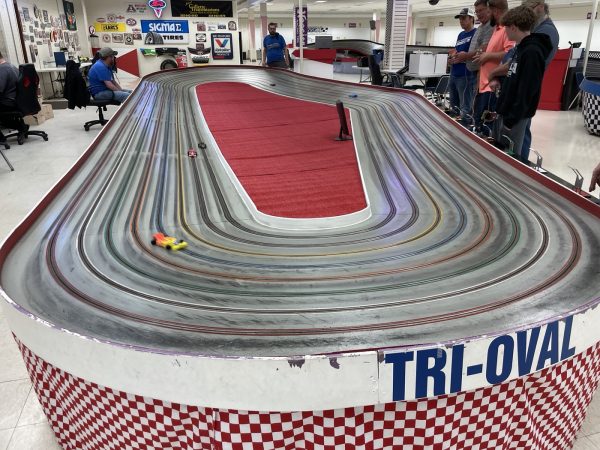 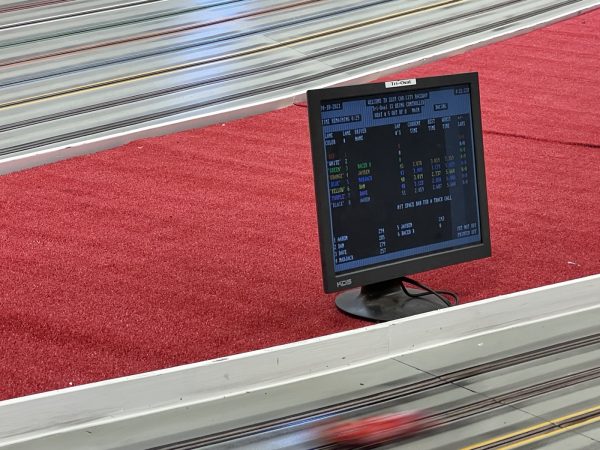 There was also a scale 1/4 mile drag strip that people were prepping their cars to race on. One of the guys there told me, many racers would get their slot cars across the drag strip in under a second. They have big races on the drag strip on Wednesdays that draw big crowds too. 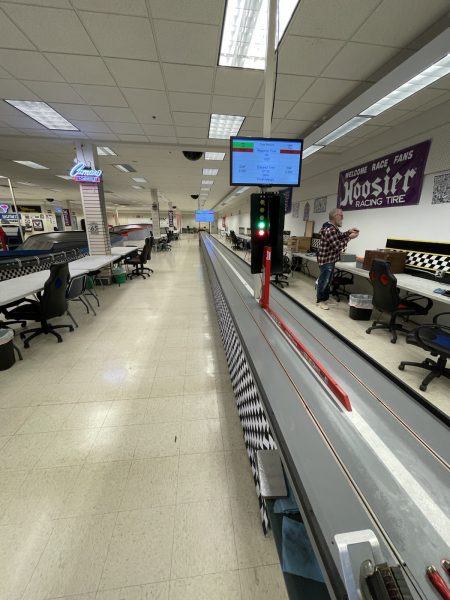 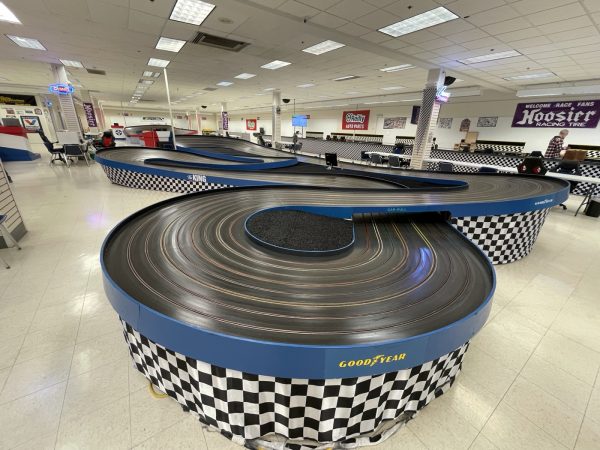 They put us on a beginner track which still felt like an expert track for a beginner like me. We spent about an hour racing around the track, trying to maneuver around the corners, and watching others race. It was all a lot of fun and brought Megan lots of nostalgia from her childhood. She easily beat all of us throughout the afternoon. 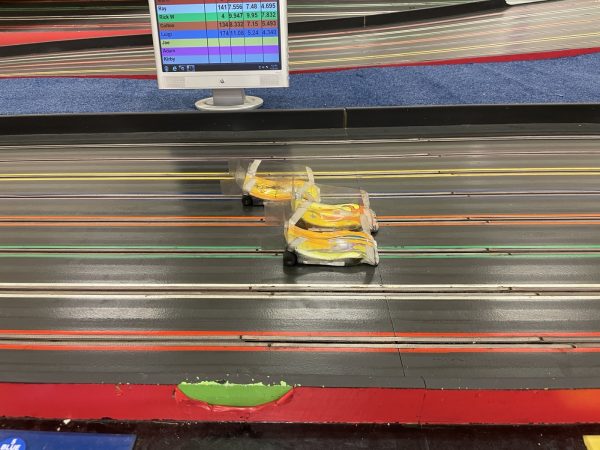 The owner even set our daughter up with a slot car of her own to keep her occupied. 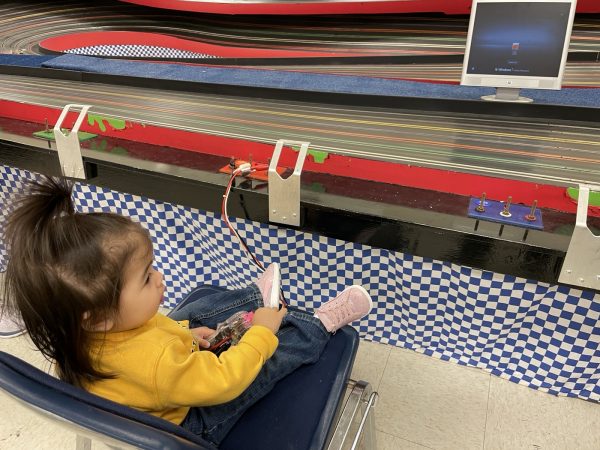 I had a chance to talk with the owner and learned quite a bit about something that was totally new to me. That’s probably one of the best parts about expanding the blog beyond food. I’ve been able to branch out and experience Wichita truly has to offer. 3:16 Slotcar Raceway filled a niche market for slot car racers but also a stress-free and inviting environment to those entirely new to it. The owner was very friendly, engaging and passionate about slot cars. I’m always down to try new things, so this was right up my alley.

Check it out sometime, it’s fun for people of all ages.