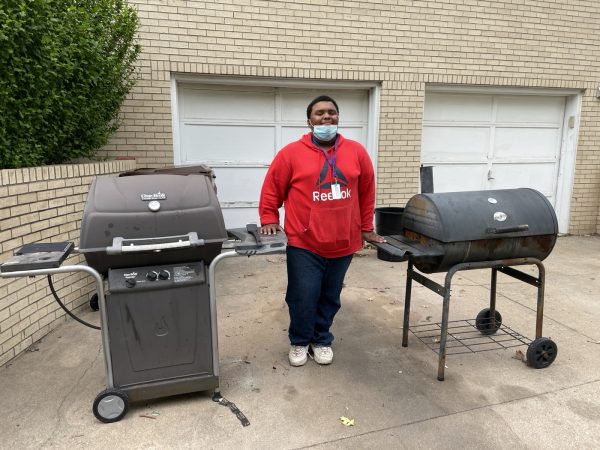 WHO IS JAVION?
Javion Napier is a 16-year-old Wichita South High freshman here in Wichita, KS. He’s an active student who stays involved as a baseball team manager and other activities.

While getting a ride to school or work is something most of us take for granted, Javion’s transportation is a bit different from most. Every morning at 6 a.m., Javion walks from his house to the corner of Lincoln and Woodlawn to catch the city bus. He takes it to the transfer station downtown and hops on another bus to be dropped off at the 31st and Seneca Dillons. He then makes the walk to South High in whatever weather conditions Wichita throws his way. At the end of the day, he walks back to Dillons and catches the buses to get him back home.

But all of that doesn’t change his demeanor. Javion continues on as happy as can be.

Tara Rodgers, a teacher and coach at South High said of Javion, “I have never seen Javion without a smile on his face! He has this positive energy and the most contagious smile! To be a teen and decide to spend your free time giving back to others, that just shows you what kind of heart he has! He makes our Titan family very proud and I have no doubt he will keep doing amazing things in our community!”

WHAT DOES JAVION DO?
Every other Saturday, Javion can be found at his mother’s home grilling hot dogs and burgers in the afternoon. The money he raises is used at the grocery store where he buys food, supplies, necessities for the homeless and other less fortunate people who need a helping hand. Sometimes, he can be seen walking downtown handing bags of goods to the homeless.

He even has a menu: 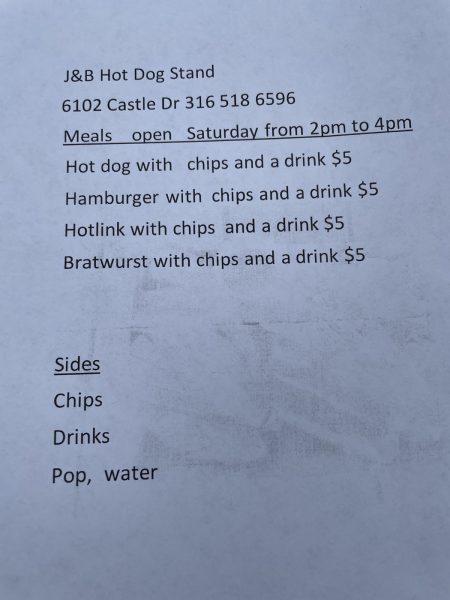 BUT WHY?
According to his mother, Stacey Henderson Moore, Javion had an epiphany he wanted to help the homeless and started it with what he loved doing… cooking. As his mom put it, he was born to serve others; that’s where his passion is at.

From the age of 2 on to his adolescent years, Javion would always receive kitchen toys and toy food. He loved all things food and told me, he could remember cooking at the age of 7. As a child, he could be found selling homemade pies and jelly with fellow Church members. Then a few years ago, he went out on his own and sold lemonade. Now he’s upgraded to grilling and think he’s found his knack.

At home, he cooks for his mother multiple times a week. Javion’s father died in a hit-and-run incident so he has stepped in to help at home. When his mother is on dialysis, he mans the kitchen and is in charge of food.

All of this, still with a smile. 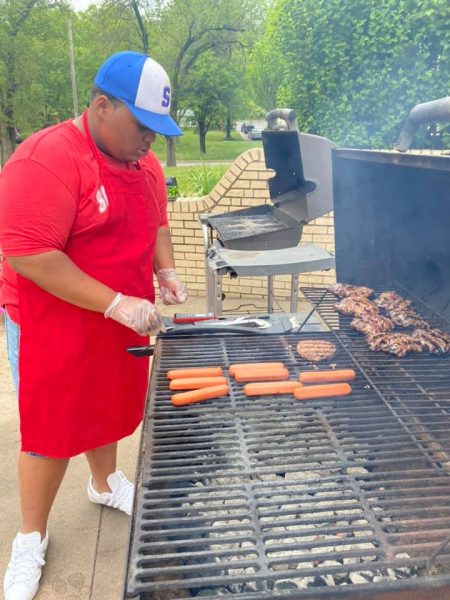 PROUD MOMENTS
I met with Javion to discuss how I could help and donate items he was needing. During our chat, I wanted to make sure he was appreciated in the community. He told me, it was really cool to see the news posting about it. He had family in other states see the stories which made everyone proud.

Recently, Javion was awarded an Outstanding Citizens Plaque by the Wichita Police Department. He ran inside his house, grabbed his plaque and was excited to show it. 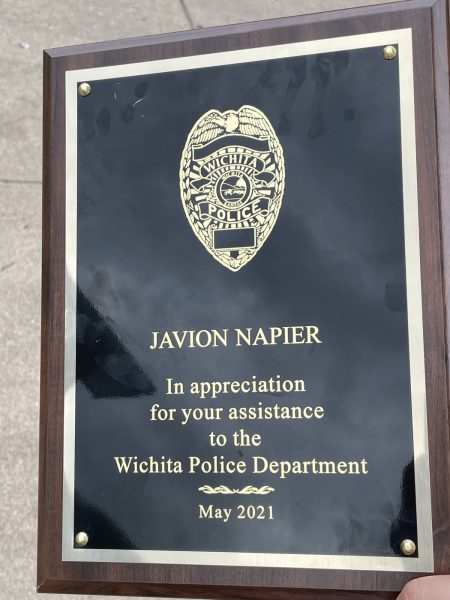 HOW CAN YOU HELP?
Since the news stories ran, he said multiple people have reached out to see how they could help.

Anybody looking to donate goods, food or supplies, can reach out to his mother Stacy at shenderson799@gmail.com or via phone 316-518-0339. While some outlets did publish Javion’s number, they agreed it would be best to go through his mother.

They also have a Venmo account set up for donations: @jnbhotdogsict 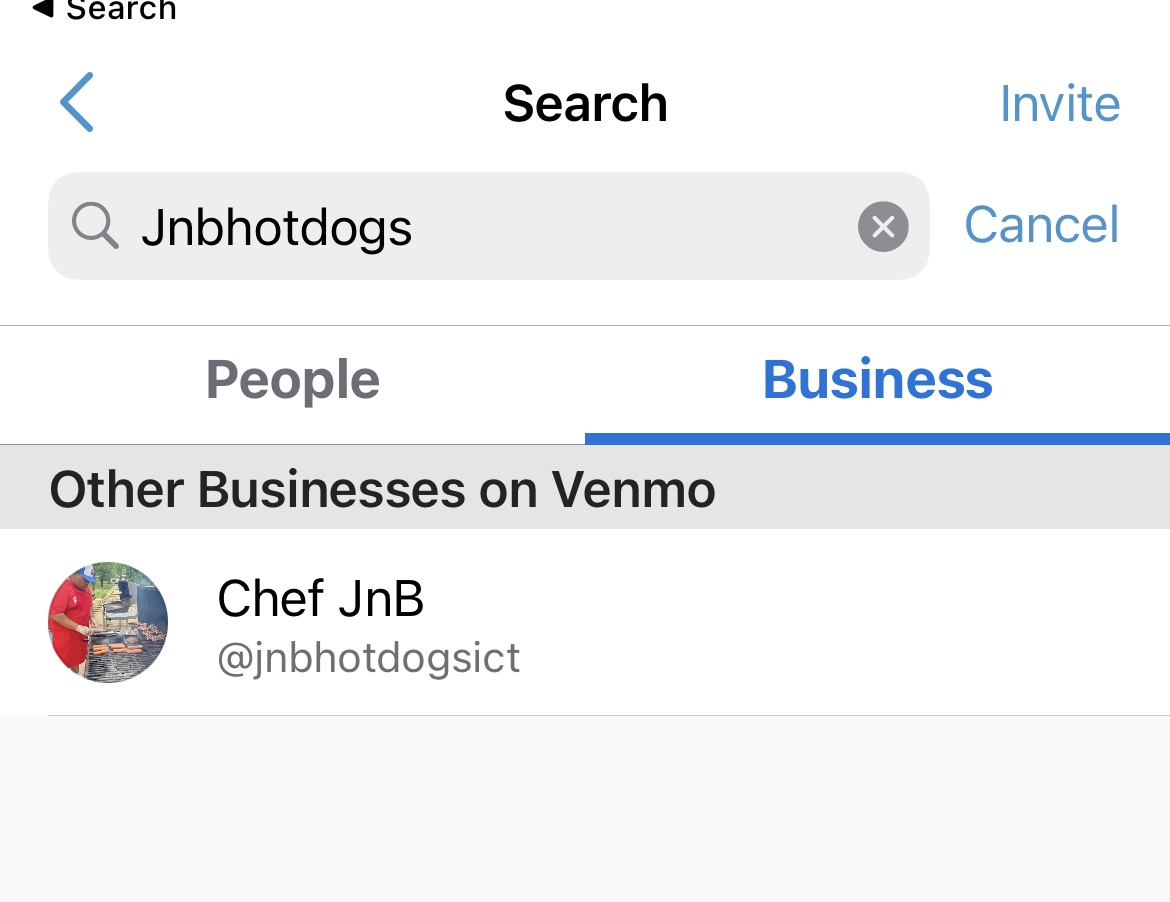 Javion did have a wishlist of things such as some upgraded cooking utensils and did say some people offered him a new grill.

WHAT’S NEXT FOR JAVION?

I asked Javion what’s next for him? What are his dreams? What does he want to do?

One of his next goals is to get a job somewhere in the food industry. He’d like to learn more about the craft, mainly BBQ as that’s his favorite food. One of his favorite places in town is Bite Me BBQ. Crutch BBQ was discussed but he hadn’t tried that out along with some other local places in town. While a job is on his list, he acknowledged he doesn’t have a car, but noted other church members could help him out.

He’s also been looking at other local businesses that would allow Javion to set up and cook hot dogs and burgers on their property to raise more money for his cause. Anybody know of one? Recently, he reached out to the Wichita River Festival but found out it’d cost too much to cook at that event.

Then his ultimate goal is to one day open up a food truck but knows, he has a ways to go before starting that.

Want to be in our weekly Get To Know feature? You can apply here or email us at wichitabyeb@gmail.com. We are primarily focused on restaurants, food trucks, and leisure & entertainment businesses aimed at giving Wichita something to do. We understand building exposure and getting your name out can be tough, so we do for businesses in the community.

1 thought on “Get To Know… Javion Napier: Local Samaritan helping the less fortunate”