While restaurants have been putting out new chicken nuggets and others getting ready to re-release popular items like the McRib, Arby’s is making sure not to get left out of the fold.

Recently, they released their new premium chicken nuggets and on Monday, Oct. 4, they go nationwide with the Real Country Style Rib Sandwich.

Let’s start off with the nuggets. With chicken tenders already on the menu, it only made sense to add nuggets. They are advertised as 100% chicken breast and now part of their “2 for $6” promotion. I went ahead and purchased a 9-piece nugget for me and my daughter. 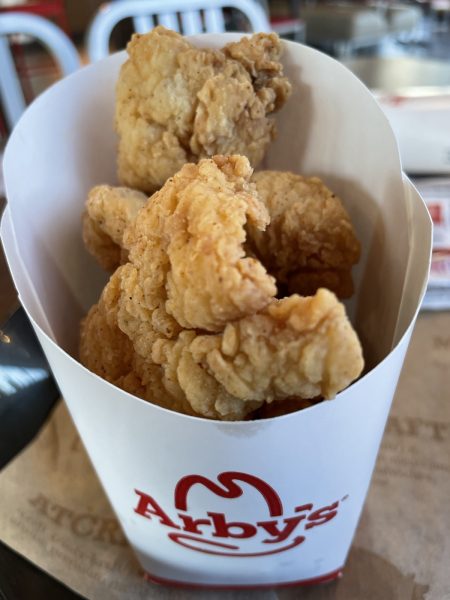 After pouring the nuggets out, they were not uniform. They came in varying sizes, shapes and appearances. 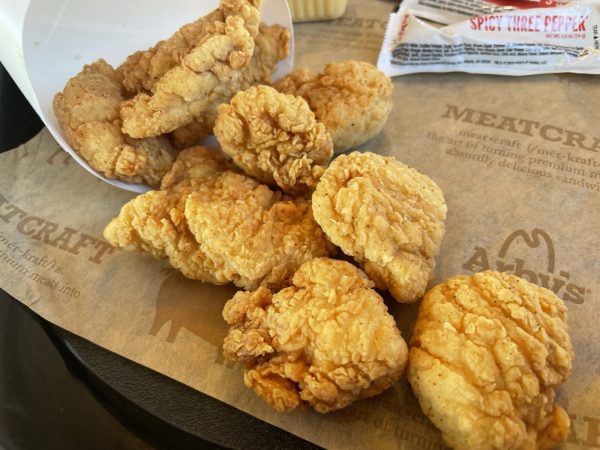 Each nugget, had a thick, crispy layer of breading, but underneath was the advertised 100% chicken breast. It’s worth noting, the bigger nuggets had less breading while the smaller pieces had much more on it.

For the most part, the chicken nuggets were good-size and larger than much of the competition.

Taste-wise, there wasn’t much to it; no seasoning or anything added on. They were, for the most part, bland. The best part was that the nuggets were filling and I found myself getting full after around six of them. Unfortunately, there wasn’t anything special to it. In the end, I ended up drowning each nugget in their spicy three pepper sauce which is my favorite of the Arby’s sauces. Once I started using the sauces, it was a much more enjoyable experience. 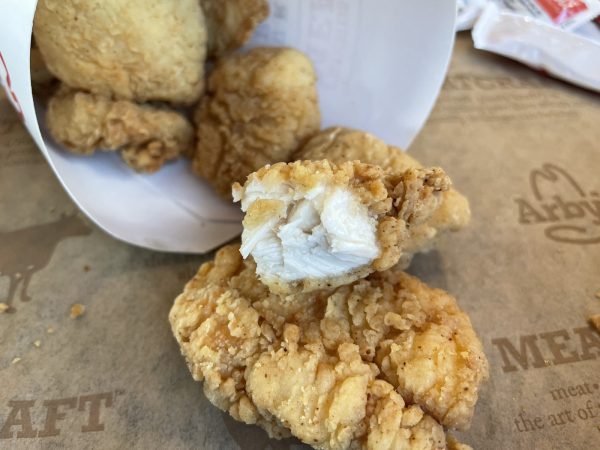 Then there’s the Real Country Style Rib Sandwich. It goes live on Monday, Oct. 4 and available at $5.99 for the sandwich or $8.79 for the meal. It’s likely a shot at the McDonald’s McRib that goes nationwide on Nov. 1.

Arby’s sourced the ribs from the East Texas smokehouse Sadler’s. In contrast to the McRib, Arby’s says it’s using real ribs. The sandwich features that meat topped with melted Gouda, crispy onions, BBQ sauce, and mayo on a toasted bun. 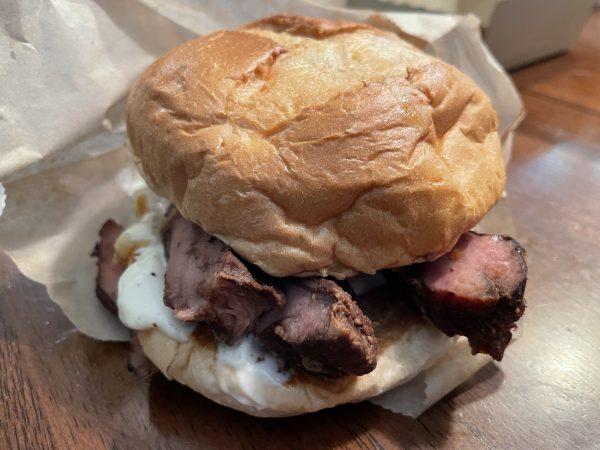 The rib sandwich was a million times better than the chicken nuggets. While I wouldn’t compare it to a McRib, I did enjoy the rib sandwich. It’s not as good as a locally made rib sandwich that you can find around town. But as far as fast food sandwiches go, the meat was decently tender with the mayo, melted Gouda and BBQ sauce adding a lot more pizzazz to the sandwich. The toasted bun was also a nice addition that held everything together well.

After finishing it, I sat there and thought to myself, “Hey, that was a pretty good sandwich.” I really have no complaints about it. Rib sandwiches aren’t something I often order, so I’m not certain if I’d go out of my way to get one again. But if I ever find myself at Arby’s again, it’d be something I’d strongly consider. 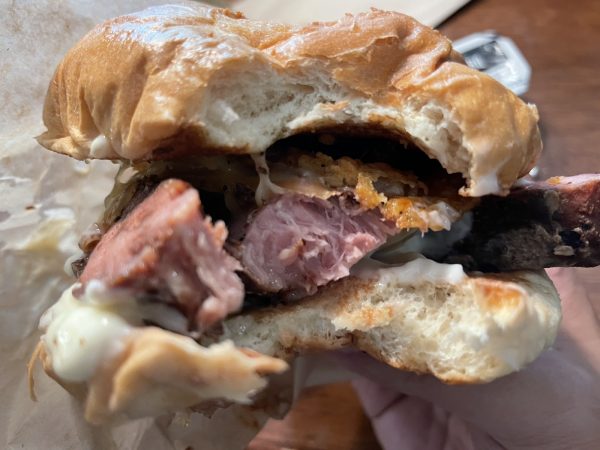 12 thoughts on “What’s the verdict on Arby’s new Rib Sandwich and Chicken Nuggets?”