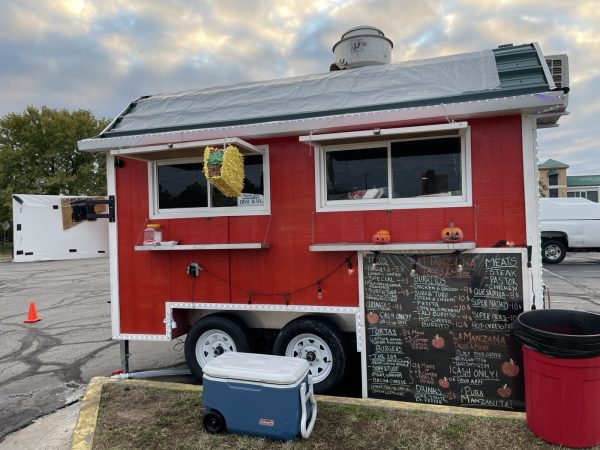 The east side of Wichita has itself a new food trailer. Parked behind the Red Roof Plus hotel at Kellogg and Armour is a little red trailer called La Manzana. They are a mobile food truck offering tacos, tortas, burgers, burritos, quesadillas, nachos, and more. Having just opened towards the end of October, I stopped by a week after their first day to get a quick look at what you can expect.

Getting to La Manzana is best by taking Armour Road south. You can’t miss the trailer that’s parked about a hundred feet away from the hotel. You can walk up to the trailer to order or there’s a drive-thru available at the south end of the trailer.

For our order, we had a regular taco and a special taco which included melted cheese. We also went with a fajita burrito which included steak and chicken along with super fries that had the kitchen sink on it and al pastor. Everything was larger than life; big portions in each item. 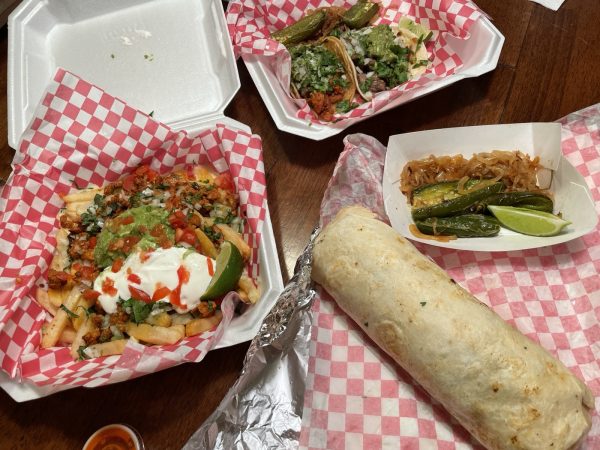 The tacos were a handful. There was so much meat inside that you could barely fold the taco and eat it. I enjoyed the al pastor more so than the steak. Cheese lovers would love the special taco that includes the melted cheese. I’m a basic guy when it comes to tacos, and enjoyed mine with just the cilantro and onion. The super nachos had a lot going on. There was salsa, sour cream, guacamole, cilantro, onions, tons of al pastor and fries. The fries were a little soggy, which I’m guessing was hard to keep crispy with all the food on top, but even the fries that didn’t have anything on them were still the same. But aside from the fries, everything meshed well together and made for a delicious, filling container of food. I was surprised I finished it. The dish was so good, I couldn’t prevent myself from stopping until it was done. As for the burrito, the only complaint was there were too many potatoes in it; so many, it took away from the burrito and gave it a drier texture. Had the focus been on the steak and chicken, it would have been much better, but nearly every bite was overpowered by the burrito. 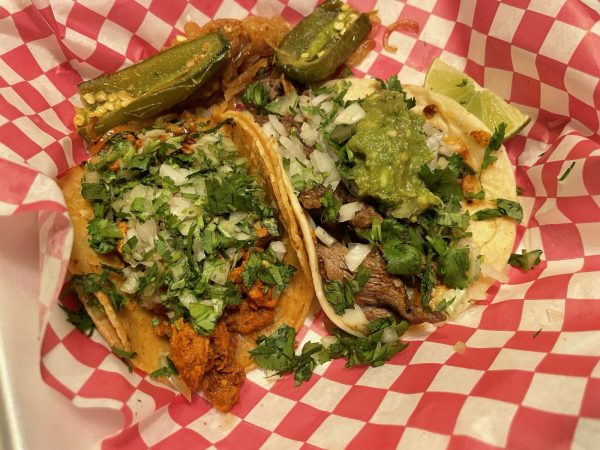 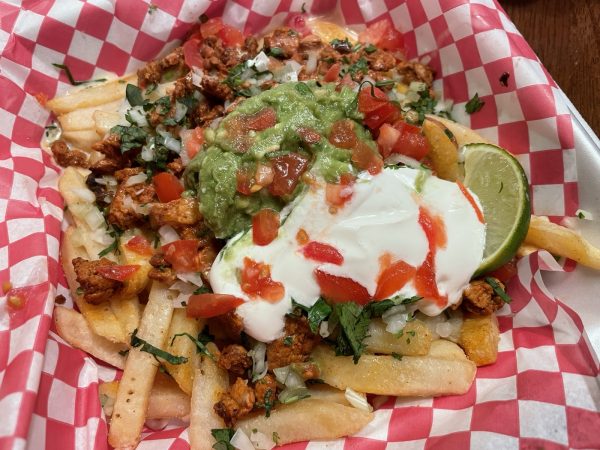 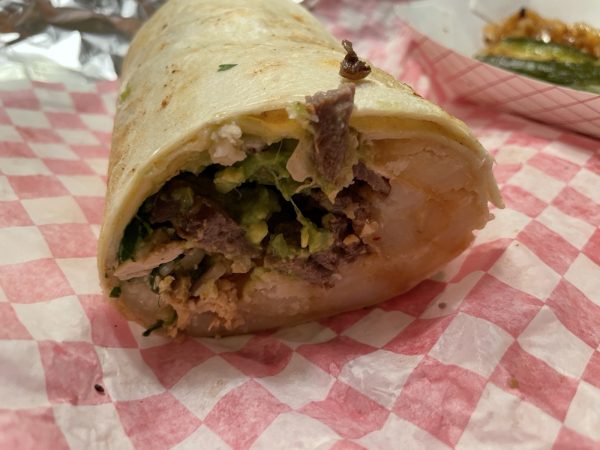 There were some bright spots for La Manzana, but it also didn’t wow us. The east side of town is lacking food trucks like this, so it’d be a great place for those craving this type of food in the area. But, I don’t think I’d drive out of my way for this when there’s a crowded scene of similar food trucks competing for your dining dollars. 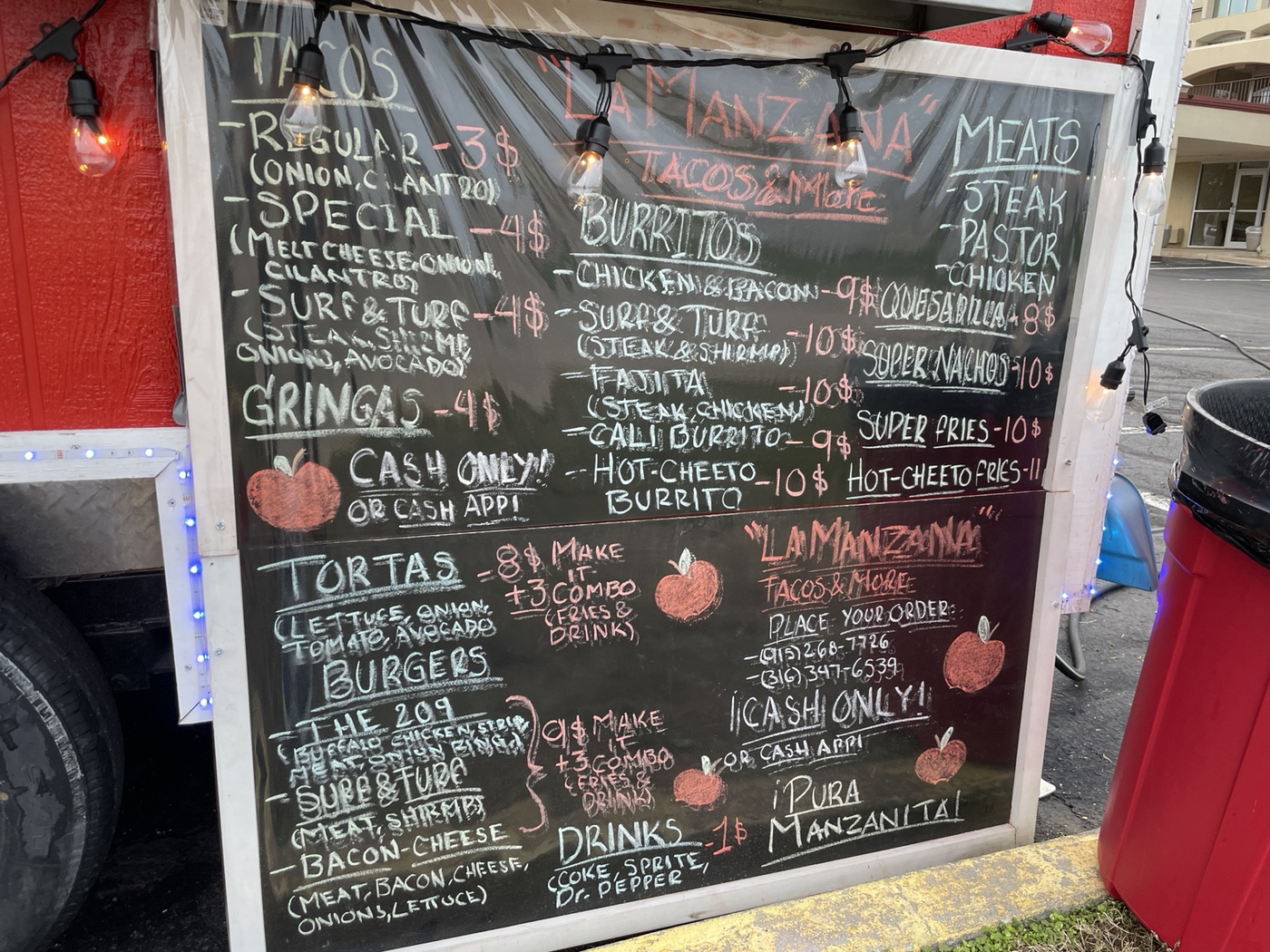