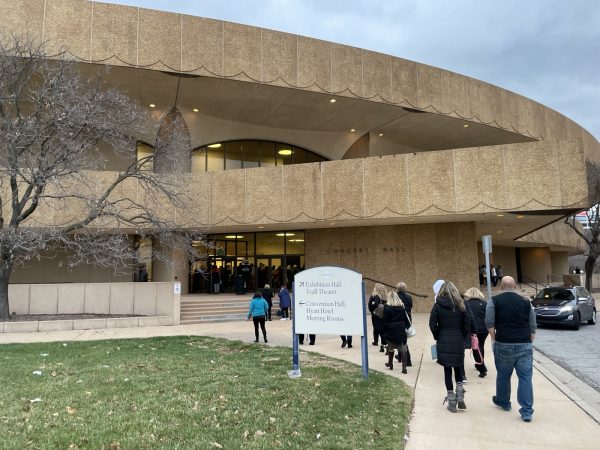 It’s been many years since I last saw a musical at the Century II Concert Hall. So, when the opportunity arrived to see An Officer and a Gentleman, I didn’t hesitate to say yes. Based on the Academy Award-winning 1982 film, the musical is part of the North American tour put on by the American Theatre Guild and Broadway in Wichita.

Truth be told, I have never seen the movie, so this was going to be an entirely new experience for me without any expectations.

When we arrived to Century II, the place was packed. You could feel a buzz in the concert hall. 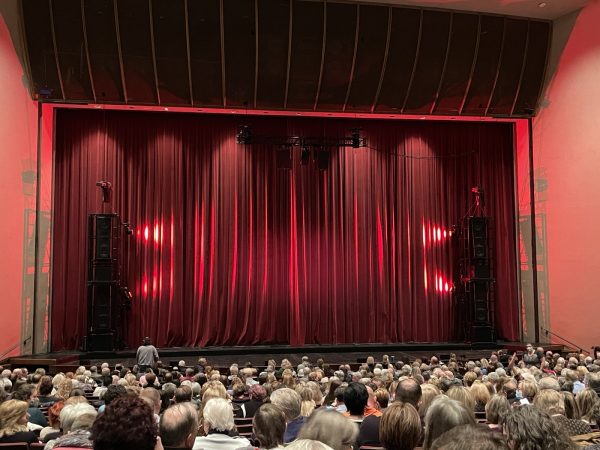 If you’re like me, the first thing you’re probably wondering is what An Officer and a Gentleman is about. Here’s the show’s synopsis:

Zack Mayo has the raw talent and strength for the US Navy’s Officer Training School; but his arrogance is out of step. Graduating from the elite program will secure Zack’s career and future, but can he endure the relentless commands of Drill Sergeant Foley? On his journey of self-discovery, Zack finds comfort in the arms of a strong-willed local factory worker. When tragedy befalls a fellow candidate, Zack learns the importance of friendship and honor, finds the courage to be his best self and wins the heart of the woman he loves.

Once the show began, we were instantly hooked. If you love 80s music, this is definitely the show for you. They had so many hits that brought me back to my childhood. Even better was the fact that the cast nailed every song with their own renditions of “Renegade”, “Fly By Night”, “Right Here Waiting”, “Owner of a Lonely Heart”, “Love is a Battlefield”, “Up Where We Belong” and more. The row behind me was probably getting dizzy from seeing my head nod and wave from my side to side during each song.

The show had many moving pieces, themes and stories covering many hot topics from the 80s. Whether it was gender stereotypes, breaking down racial barriers, love, honor, and family, they covered it all. I found myself rooting for the best outcome for every character on stage.

As for the cast, they were absolutely fantastic. Wes Williams, who played Zack May along with his love interest Paula Pokrifki, played by Mia Massaro, really stole the show. Their vocals were incredible. Have you ever seen someone sing live and  could feel the hair raise on your arms? That’s exactly what happened. Williams and Massaro had some remarkable pipes that left me wanting to get the soundtrack immediately.

The musical was such a great time. There was something for everyone; so many moments you wanted to cheer, get out of your seat and dance, or hold on to something out of suspense. The music, the choreography, and the story lined up perfectly. Oh and kudos to the band  they were spectacular and the unsung heroes who set the mood all evening.

An Officer and a Gentleman plays at Century II Concert Hall through March 25. Tickets may be found at www.BroadwayWichita.com.