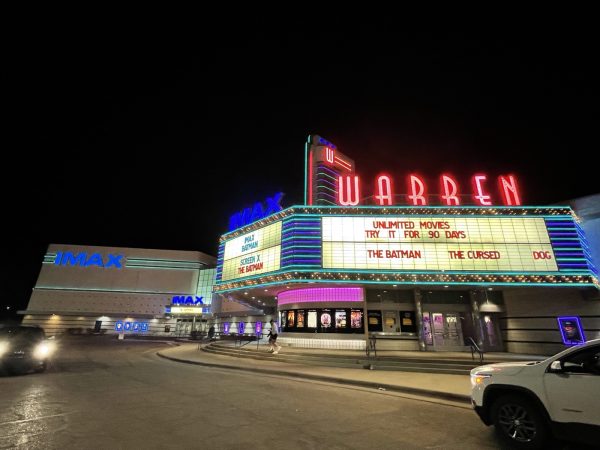 It’s been two years since I last stepped foot inside the Regal Warren movie theater. After they closed down during the pandemic, I streamed everything, and most movies that came out over that time simply didn’t interest me. All that changed recently when we decided to make our way back following the releases of Sing 2 and The Batman.

The Regal Warren theaters have caught quite a bit of slack after Bill Warren sold his theaters. I’ve seen reports and comments of dwindling customer service, dirty theaters, and a lackluster experience. After all the change with what was originally the Warren Theatres, they are now Regal Warren and have three locations in Wichita; one out east, west and downtown.

I’m always of the opinion that one should go find out for themselves before treating everything you read as fact. We caught both Sing 2 and The Batman at the Regal Warren West and lets rundown how those experiences went.

The theater was well staffed on both visits. They had plenty of people on hand. Even despite the large staff, the concessions area was such a slow process. It was probably the major point of discontentment I saw from moviegoers. The employees were very slow with little sense of urgency. For example, if you ordered two drinks, a snack and a popcorn. They would drag their feet over to the drinks, pour one drink, chat with a co-worker, and then bring one drink back. Then they went back and poured the second drink and bring that back. Next up was popcorn, and then they would grab the candy; not much multitasking, which could have saved them and customers a lot of time. This is truly first world problems, but also part of the movie theater experience. You could see the faces of customers looking at their watches, amazed at how long getting a drink took. 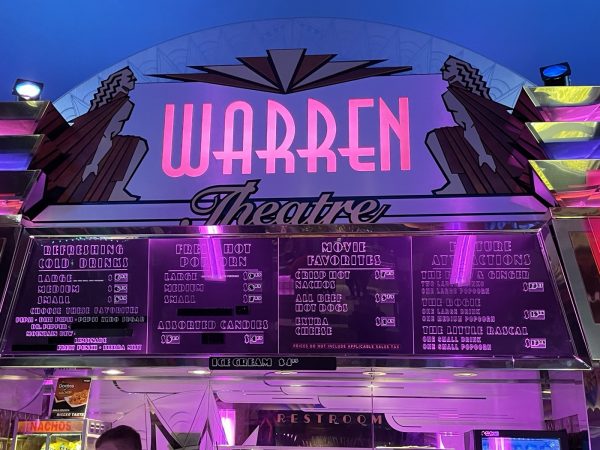 Both times in the actual theater rooms, it wasn’t noticeably dirty, as people said. The trash was picked up, the bins were empty, the floor wasn’t sticky or cluttered with leftover popcorn. There weren’t any issues with the temperature in the room. It wasn’t too hot or cold inside.

As for the previews, yes, it was a long process. I think we watched maybe 6 previews and a couple of commercials. For The Batman, there were 24 minutes from the advertised movie time to the moment the actual movie started.

Once the movie started, it was smooth sailing, aside from the occasional phone going off. It really was like any other movie experience.

Was there anything during our Warren Regal that left me with this memorable movie experience that made me think, “Wow, that was incredible and I can’t wait to return!”. Well, the answer to that is no. But there also wasn’t anything that took place that made me want to give them a horrible review. It really was a standard movie experience, which ultimately is all I’m asking for.  I’ll have to return soon to AMC to see how that compares.

I would like to add that Sing 2 and The Batman are definitely worth seeing. If you have children, they’ll love Sing 2. As for The Batman, talk about intense and gripping. The whole vibe was The Dark Knight-esque. I had reservations about the guy from Twilight, Robert Pattinson, playing Bruce Wayne, but he did a fantastic job.

For more on the Regal theaters, check out their website.

If you’re interested in having us out to cover your event or activity, you can reach out by e-mailing us. We are always open to suggestions.

Would you like to be featured or partner up for a highlight? Visit here.