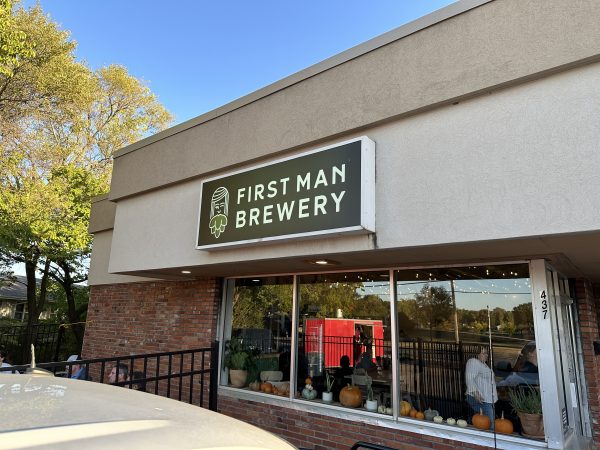 Derby finally as a craft brewery to call their own with the opening of First Man Brewery. Located in the former Blue Dragon Books space at 437 E. Madison Avenue, they celebrated their grand opening last week.

Started by Derby natives, Adam and Hannah Clark, the name First Man Brewery is a play on words. Biblically, Adam was the first man and the owner’s name is also Adam; thus, First Man Brewery.

There are 60 seats inside and a patio out front, with plans for an expanded patio around the building. 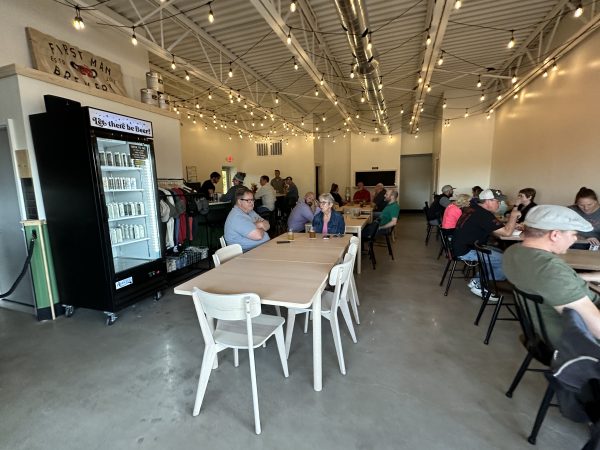 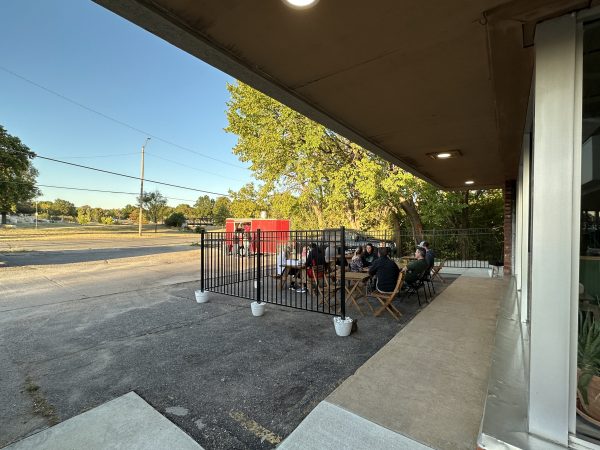 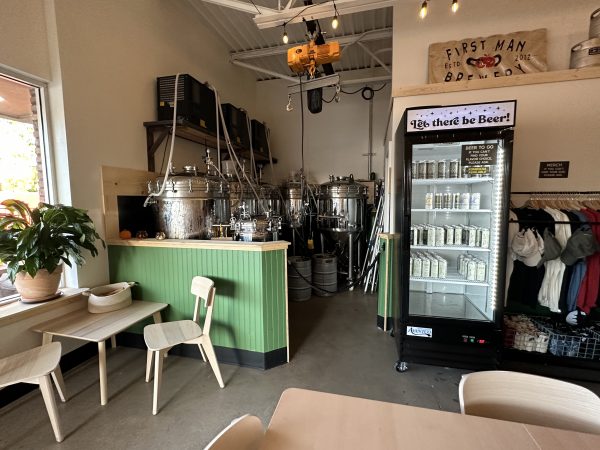 Currently, there’s no food. Customers can bring their own food. They are also inviting food trucks. For example, The Critical Cart was there on grand opening day.

There are plans to add a kitchen that may serve finger foods and charcuterie boards. Those were items being tossed around when I was talking to staff, but a menu has not been finalized.

When friends and I dropped by, they had seven beers available. There was a pale ale, an IPA, a wheat, a brown ale, a sour, a Norwegian lager, and an amber. The brown ale was my favorite, followed by the Norwegian lager. 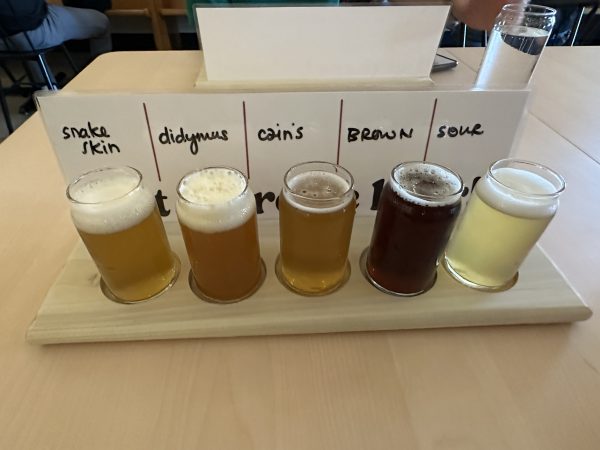 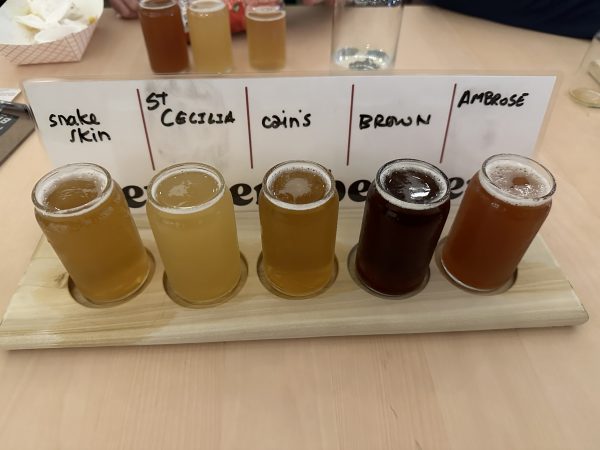 For a video on First Man Brewery, here’s a clip from our YouTube page.

Here’s the menu they had on their grand opening day. 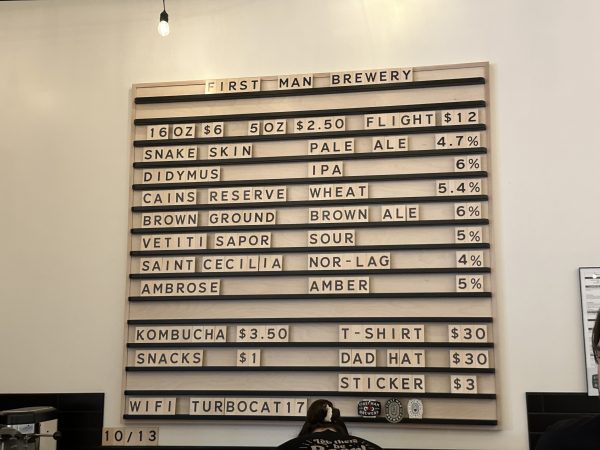 Want to be featured or partner up for a highlight? Visit us here.