Have you ever heard of the Granny Basketball League?

My guess is most of you haven’t, and I’m in the same boat as you. Tuesday night at halftime of the Wichita State Men’s Basketball game, the relatively unknown league was the entertainment. I have to be honest, at first, I thought it was a joke when it was announced during the game. But then after reading up on it, it’s a real legitimate league! 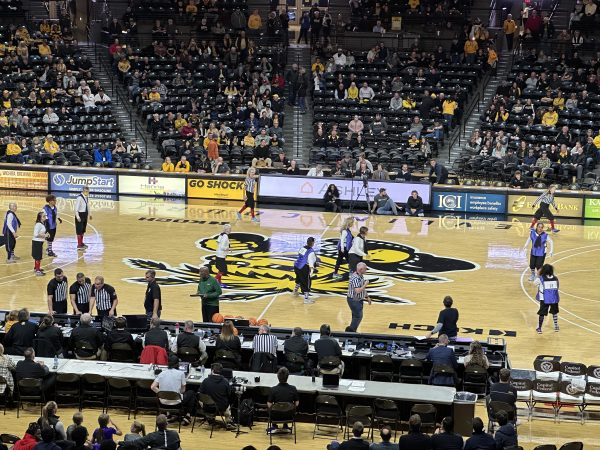 Back in 2005, founder Barb McPherson Trammel grabbed a bunch of her friends and put on an exhibition game in Lansing, Iowa to raise money to preserve an old historic building. The game consisted of older ladies, and soon after other towns heard about the exhibition game and wanted to play too. So, next thing you know, there were four teams and they decided to have a tournament instead of the exhibition game.

From that day, the Granny Basketball League was formed. Over time, more and more towns joined. As the league grew, organizations would invite Granny Basketball teams to play against their town teams to help raise money for various projects. The league has raised over $200,000 for charities, schools, booster clubs, leukemia victims, etc. The teams will play men, women, young, old, whoever – they had to play by the Granny Basketball rules.

Here are some of the abbreviated version of the rules: 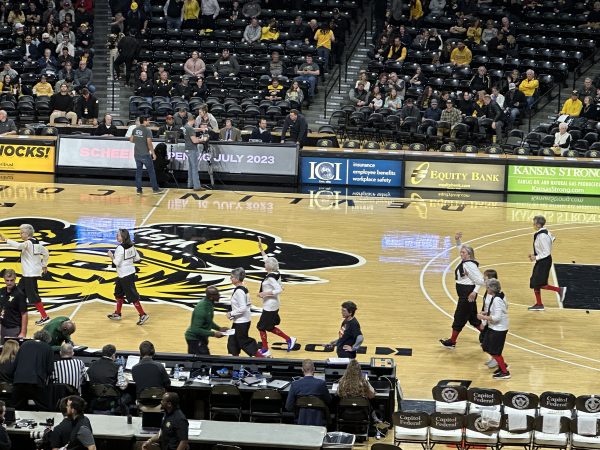 The Granny Basketball League has grown to more than 450 players on 41 teams in 10 states. There are 9 in Kansas which include the ICT AeroBelles and ICT Sugar & Spice who play here in Wichita. There’s even a team in Lawrence called the GrayHawks which, I thought, was clever.

There’s even a National Tournament that was most recently held at the Hy-Vee Arena in Kansas City this past year.

It was fun watching the ladies play during halftime. The crowd was getting into it.

If you are interested in playing, more information can be found here.

…. and now you’ve heard of the Granny Basketball League.