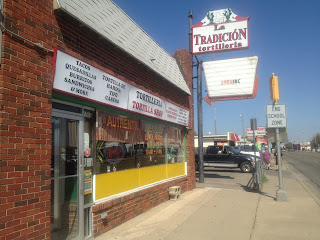 A month ago, I made either a tweet or a Facebook post about a Mexican buffet place I saw near Lincoln and Edgemoor. It was a while back but a friend replied that there was one located near 17th and Broadway. The placed was called La Tradicion Tortilleria. The location alone made it sound more authentic. Plus food on Broadway seems to just taste better.
I was able to talk a couple friends into braving this all you can eat Mexican buffet establishment with me. Despite their worry about a possible language barrier, I assured them that my 6 years of Spanish education split between high school and the fine Wichita State University would get us by.
Showed up around lunch time and the building was what I expected: a small little hole in the wall that you would probably drive right by if you weren’t paying attention. I actually parked at a Mexican restaurant a building just north of it and realized I was at the wrong place.
The first thing I saw was a sign advertising a sign for their buffet. $7.49 Buffet Special. It was higher than that $5.99 price I saw on some other food reviews of the place; I’ll blame that on Boeing leaving Wichita.
The buffet had about twelve different items in a big buffet cart. They are as follows:
Chicken Molle
Chipotle Chicken
Potato Soup
Pork in Green Chile
Beef Enchilada
Pork in Red Chile
Fried Zucchini
Seasoned Potatoes
Fried Beans
Spanish Rice
Pork Chimichangas
Flour & Corn Tortillas
Chips and Salsa
I tried every single item on the menu which was a horrible idea because I would get too full and feel like death later. One of my friends mentioned how salty the food was. Another said he thought it was all average for Mexican but it wasn’t a disappoint.  He said if you like buffets for the value proposition it may be good. He would definitely go back sometime to try something off of their menu.

The food tasted authentic and I thought was better than a lot of the Tex Mex stuff you see at the franchised Mexican restaurants in Wichita. The only problem with the buffet was eating it all off of one plate, a lot of the tastes mixed in together. Eating a spoonful of the pork in green chile followed by the chipotle chicken made it all feel as if it was all the same. The chips and salsa were self serve and just laying out. The chips had a little bit of a stale feel to them. It was a very thick chip by that I mean imagine four chips stacked on top of each other, that it what you’d get. The salsa had to be poured by yourself and there wasn’t much flavor. You definitely wouldn’t go here just for the chips and salsa.

I thought the value was spot on for everything you received. Would I go there again? I would but a lot of time would have to pass. I ate so much that the thought of Mexican food an hour later made me gag.

It’s something unique as I didn’t know of any All You Can Eat Mexican Buffets until recently.

Give it a try yourself. I’d love to hear what you thought of it. 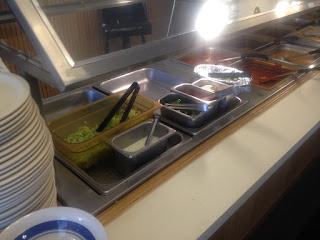 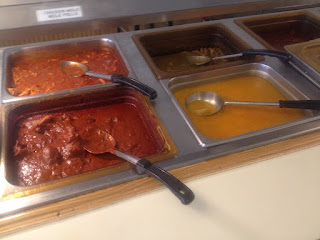 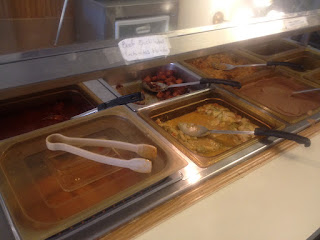 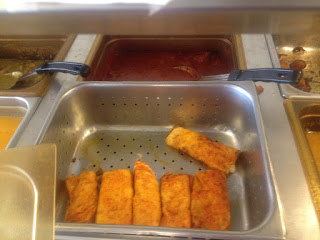 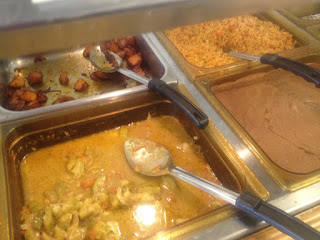 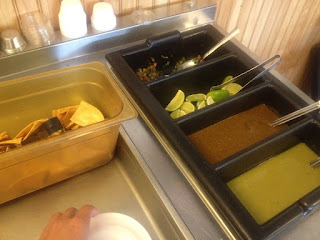 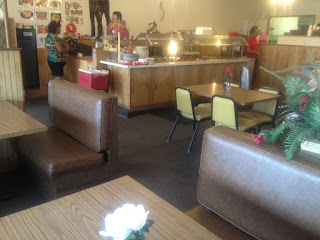