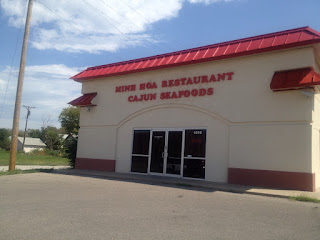 I asked a handful of friends to go up there with me for lunch last week to give it a try. A couple of my friends were hesitant to go given the location but seeing as how I bring “Street Cred”, they tagged along. One of those friends would not go in until I arrived; he sat in his car and was either listening to music or saying prayers until I parked. I couldn’t tell. Upon arriving I noticed the windows were completely tinted so you could not see what’s going on inside. That says only one thing to me: “There must be a lot of fun things going on in here!” 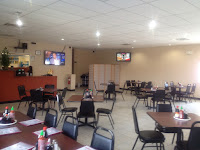 When we walked inside, I was quite surprised at how large the place was. There were about 14-15 tables spread out. Also, there were a couple televisions playing and limited decoration inside. I asked our server how long they have been open and she verified they had been open for a few months. My sources were correct!
Seeing as how all of us were newbies to Minh Hoa, I asked our server what was good and asked about a few menu items. She said that there was a new item not yet on the menu: Duck Noodle Soup. Something new? Sure, I went ahead and ordered it without asking what all was inside. I also went with an order of spring rolls. I was super close to just ordering Pho to see how well it stacked up against the rest of the downtown competition.
Another friend with me ordered the Bun Mam which is a steamed rice vermicelli soup meal. It’s sometimes called “Vietnamese Gumbo” but made in a fish paste broth. I was almost tempted to try it until I heard about the Duck Noodle Soup. Another friend surprised me and ordered the Mi Quang which is a famous Vietnamese noodle dish. It’s basically yellow tinted rice noodles mixed in with different proteins ranging from shrimp, pork, chicken or beef and topped with all sorts of fresh vegetables. A third friend ordered chicken fried rice made extra spicy and the final friend of ours who was sort of turned off by the menu went with chicken fried rice and a side order of eggrolls. I was almost sure he would order from the kid’s meal since it had chicken fingers and popcorn shrimp. There’s a reason we call him “Picky”.
Interestingly enough, nobody ordered from the Cajun portion of the menu so that just leaves the door open for a second visit.

The spring rolls and eggrolls came out early and most of us all gave it a try. They were about what you’d expect for a spring roll. It’s REALLY hard to mess up a spring roll given its limited amount of ingredients. I still prefer my spring rolls hand made from either my mom or my aunt but these sufficed. I did not try the eggrolls but two friends commented that they were average and how “You’d be surprised how good the eggrolls are at….at Dillon’s.” Like my spring rolls, I prefer them home made and will rarely ever eat eggrolls elsewhere.

Next up, our server brought out a plate of our toppings for the soup. One of my friends thought that was his actual meal. He was shocked and had the look of a 2 year old kid having his lollipop stolen from him. The disappointment in his face was priceless. I wish I would have caught that entire moment on film so I could rewatch it over and over like I did Billy Madison in high school

After that were our meals. All meals came in huge portions. The chicken fried rice plates were ginormous. (I was surprised ginormous didn’t come out incorrect on spellchecker btw). I had a couple bites of the spicy chicken fried rice……spicy it indeed was. I couldn’t tell exactly what was put inside to make it spicy. My friend who actually ordered the meal would later tell me that night, it gave him heartburn. My other friend who ordered the regular chicken fried rice seemed pleased with his meal. A satisfied picky eater is pretty much like hitting a homerun.
The Mi Quang didn’t look particularly appetizing and my friend ended up agreeing with the sentiment. He called it average but would like to go back and try the Cajun part next time.
I asked my friend to message me about the Bun Mam because the expression on his face while eating it wasn’t inviting. Here’s what he told me:

I had the Bun Mam. It was pungent. It tastes like an Asian grocery market smells which is either good or bad, depending on if you enjoy that flavor. Bun mam is rice vermicelli topped with pork and seafood, comes swimming in a pungent broth loaded with fish sauce.

As for the Duck Noodle Soup, I’m not a big fan of Asian soups that come with meat that’s still on the bone. It makes it tougher to eat. Unfortunately that’s how the Duck meat was. The meat was still pretty good and the broth was ok. I was NOT a fan of the noodles though. The noodles were best compared to bad tasting ramen noodles. I think the meal would have been much better with a rice noodle but I should have asked what sort of noodles it came with. I was less than impressed with my meal but it wasn’t bad to the point I wouldn’t give them a second shot. I’ve learned that when you go to restaurants like that, it really comes down to what you order.

Overall, the impression from most of the guys was they’d give it another shot. I’m in the same boat. It’s a local establishment that offers something unique to Wichita. Definitely give them a shot yourself and see what you think. I’ll be going again and will follow up. 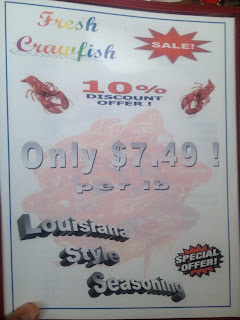 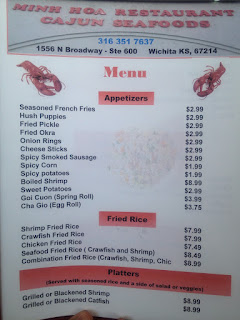 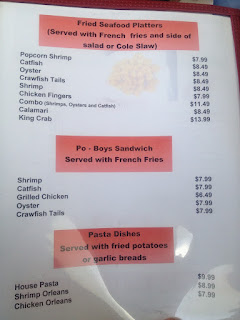 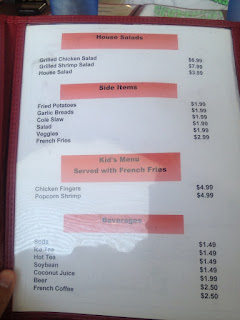 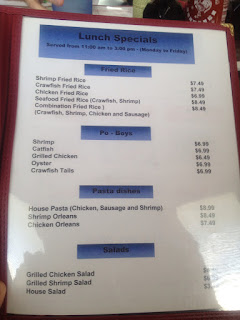 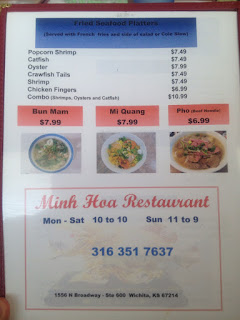