Update: Bann Thai has moved to 3811 W 13th street since this review was posted
Ever have one of those moments where you’re just driving around during lunch time and your stomach starts to grumble? You’re panicking and rushing to find a place to eat since you don’t have much time? You drive by so many places but since you’re so hungry you can’t make up your mind? We’ve all been there…. I know I’ve been there at least 100 times.
This past week, that was me, driving around the 21st and Woodlawn area, looking for a place to eat before I was back in to work. Then I saw this sign for a place I have never been to.
Bann Thai Restaurant
6249 E 21st St
Wichita, KS 67208
(316) 239-6485
Bann Thai is the Siam Cuisine which I actually went to for soup a handful of times a few years ago. It’s located just west of Woodlawn on the south side of 21st street in the same “strip” as Da Cajun Shak. Bann Thai is on the west end of the little strip so it’s hard to see off of 21st street. I pulled up and saw their sign that says “Bann Thai “A Taste of Thai” Restaurant. Suddenly it occurred to me, “Eddy…. You like Thai Food, you should go in!” 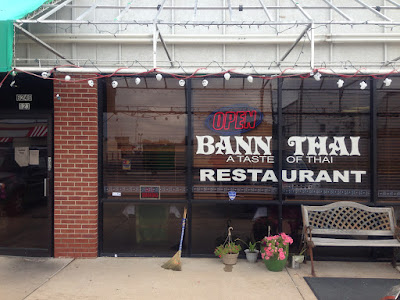 That afternoon my mind and stomach were on the same wavelength. Walking in the place was very festive; it was filled with Halloween and Asian decorations. I believe a witch was inside too because if you look at the picture above, her broom was parked out front!!! Get it?!?!
Ok….moving on………. 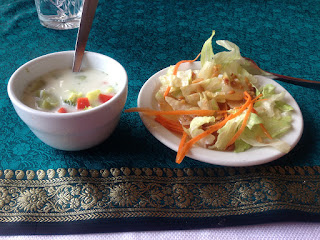 I get seated and am immediately greeted and given water. I’m in sort of a rush so I just order their Pad Thai lunch special (spicy) and that comes with a small salad, soup of the day, and a side of steamed rice. The soup of the day was a creamy potato which was actually quite delicious. The salad was alright, nothing to write home about.
The service was extremely friend. They made it a point to make sure refills were always poured in a timely manner, check up on me, and even strike up good conversation. One of the ladies there told me they have been open since around May (just an FYI). 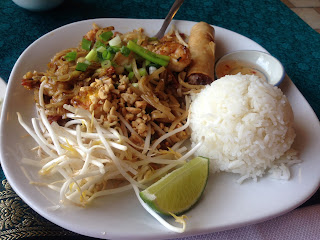 When the food came up, I was ready to dig in. First bite was the steamed rice. It was….well….. It’s steamed rice. If you mess that up, you should not be serving food. Finally the Pad Thai was next. For the record, the best Pad Thai I’ve ever had in Wichita was at Thai Traditions. Since then I’ve had it at countless of places and no place compares. After a few bites, the Pad Thai wasn’t spicy as I imagined it’d be when I ordered it. It wasn’t full of flavor but on the flipside it wasn’t horrible. I have definitely had worst. To me, it could be described average at best. I finished what I could, paid my tab and left.
I waited a few days to write this review to see if my opinion on Bann Thai would improve after sleeping on it. It didn’t. I wanted to like the place because the ladies working there were so friendly, it was a close distance to work but the food was just not impressive. Based on the service alone, I would be willing to go back and see if something else I order is better. I don’t know.
A couple friends of mine have gone there in the past month and gave me their opinions. One said the food was average but the manager was really nice; the other said the service was average and the food was good. Mind you, these two friends went together at the same time. So that is two mixed opinions on the same visit.
If any of you have ever gone there, I’d love to read what you think about the place. I’m sure I’ll go there again sometime just to try something else.
Here is the lunch menu for those interested: 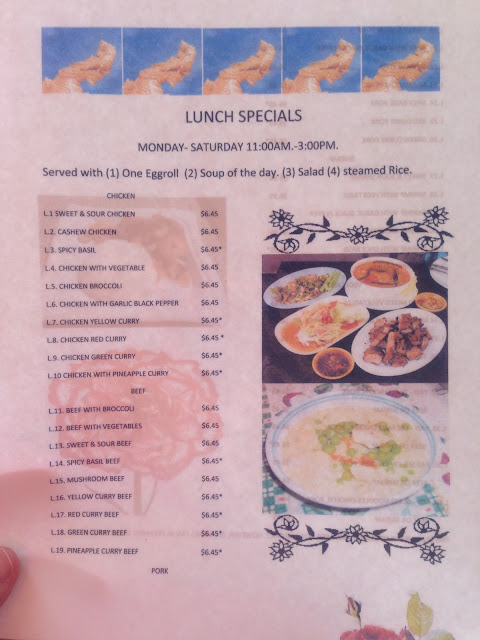 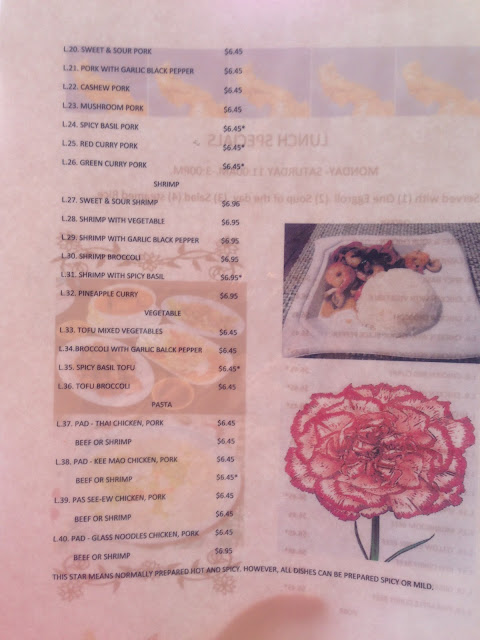